Gregory Wrightstone
|
Posted: Aug 13, 2019 11:07 AM
Share   Tweet
The opinions expressed by columnists are their own and do not necessarily represent the views of Townhall.com. 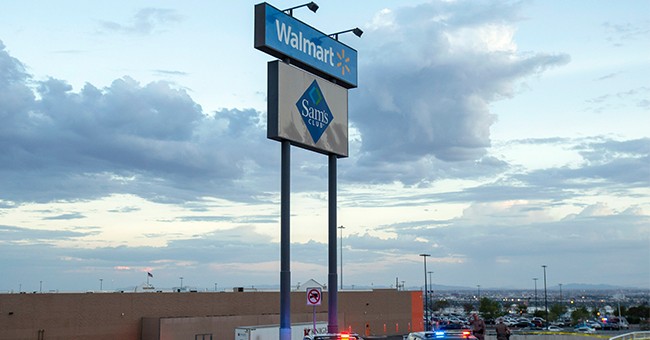 The manifesto that the El Paso shooter posted before his deadly rampage reveals that, along with hate for immigrants, he held a radicalized view of mankind’s relationship to nature. The manifesto itself was titled “The Inconvenient Truth About Me,” an apparent homage to the many false narratives presented in Al Gore’s climate “documentary.”

The first two sentences pretty much sum up the four-page screed: “In general, I support the Christchurch shooter and his manifesto. This attack is a response to the Hispanic invasion of Texas.” The Christchurch reference embraces the manifesto of the killer of 51 Muslims who called himself an “eco-fascist” three times in his 74-page declaration.

The El Paso shooter’s writing was dominated by diatribes against immigrants, including invectives against “race mixing” and a “Hispanic invasion of Texas.” He supported an American confederacy of territories with each designated for a race. His plainly racist views made no distinction between legal and illegal immigration.

Throughout the document race hatred is interspersed with vitriol against so-called corporate greed and technological change and an embrace of radical environmentalism. His own words reveal how much he had been indoctrinated with the belief that human actions were destroying the planet and that extreme measures were required to save us from ourselves. In reading the document, it could be argued that his perverse environmentalism forms the basis for his racism and anti-immigration views.

“The American lifestyle affords our citizens an incredible quality of life,” wrote the killer. “However, our lifestyle is destroying the environment of our country. The decimation of the environment is creating a massive burden for future generations.”

“Y’all are just too stubborn to change your lifestyle. So the next logical step is to decrease the number of people in America using resources. If we can get rid of enough people, then our way of life can become more sustainable.”

Importantly and thankfully, the number of white supremacists with radical, racist and anti-immigrant views like this deluded young man is incredibly small. I have never met one (as far as I know), and I suspect that few reading this commentary have either.

Unfortunately, the number of persons around the globe who subscribe to the El Paso shooter’s environmentalist beliefs are more significant. Many believe, as did the shooter, that Earth would be a better place with fewer humans, or no humans at all. They inhabit the top echelons of many environmentalist organizations and top governmental positions and are often personages of great respect.

According to Sir David Attenborough, “We are a plague on the Earth.” Prince Charles would like to decimate mankind, saying, “In the event that I am reincarnated, I would like to return as a deadly virus, in order to contribute something to solve overpopulation.”

Vile and hateful rhetoric inciting violence for climate skeptics is not hard to find. Robert Kennedy, at the 2014 People’s Climate March said skeptics like me “are contemptible human beings.” Quite a long list of well-known characters -- including David Suzuki, James Hansen and Bill Nye -- agree that climate skeptics should be jailed, or worse. Former Clinton administration official Joe Romm of Climate Progress predicted violence against skeptics, writing, “An entire generation will soon be ready to strangle you and your kind while you sleep in your beds.”

Those of us who write and talk about climate change and dare to confront the so-called “consensus” opinion on it are subject to threats, intimidation and, at times, physical confrontation by people radicalized by heated environmental alarm. I have personally received threats and was physically confronted by Antifa protestors while speaking in St. Louis last year. In 2017, on Earth Day, seven shots were fired into the office of well-known climatologist and skeptic John Christy at the University of Alabama at Huntsville.

The El Paso shooter apparently succumbed to this relentless barrage of predictions of climate alarm and acted on admonitions to “save the planet.”

There is widespread agreement that we denounce those who promote fear and hatred on the basis of race. A similar condemnation is in order for those who propose radical actions that endanger people as responses to irrational and unfounded fear of a climate that has been changing for billions of years.

We offer a vision of humans wisely using all of Earth’s natural resources in order to flourish and prosper while striving to make small the hatred of others and of self that apparently was a source of the El Paso tragedy.