Remembering Our Dependence on God

Gregory Rummo
|
Posted: Jul 05, 2020 12:01 AM
Share   Tweet
The opinions expressed by columnists are their own and do not necessarily represent the views of Townhall.com. 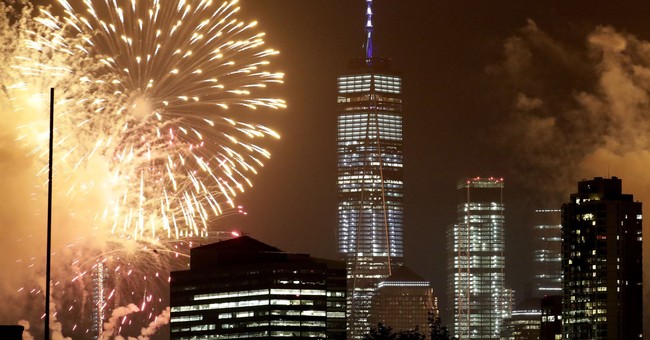 This weekend, we celebrated the events of July 4, 1776, when 56 members of the Second Continental Congress met in Philadelphia to sign a revolutionary document that we know as the Declaration of Independence.

Even a casual reading reveals that it was as much a declaration of dependence on God and on each other mutually.

Believe what you will about its author, Thomas Jefferson. He wasted no time in appealing to the "Laws of Nature and of Nature's God," in his defense of the people's right to independence from England.

To the 18th century mind, the two were almost synonymous.

The English judge, Sir William Blackstone, explained what the “laws of nature” were in his Commentaries on the Laws of England, one of the most influential books in the history of English law which served as a basis for our own legal system.

"Good and wise men, in all ages...have supposed, that the deity, from the relations, we stand in, to himself and to each other, has constituted an eternal and immutable law, which is, indispensably, obligatory upon all mankind, prior to any human institution whatever.

This is what is called the law of nature, which, being coeval with mankind, and dictated by God himself, is, of course, superior in obligation to any other. It is binding over all the globe, in all countries at all times. No human laws are of any validity, if contrary to this; and such of them as are valid, derive all their authority, mediately or immediately, from this original."

Based then on this understanding, Jefferson continued, stating that "all Men are created equal, that they are endowed by their Creator with certain unalienable Rights, that among these are Life, Liberty and the Pursuit of Happiness…"

We have a Divine Right to life. It is a gift from God. To liberty; God has created us free. And to pursue happiness; to pursue our dreams.

The government does not give us these rights. Its role is to protect them from being taken away.

It was in the face of an ongoing usurpation of God's Divine Right by the King of England that led to the Declaration's creation and the Revolutionary War which shortly followed thereafter.

When Jefferson concluded "…[W]ith a firm Reliance on the Protection of divine Providence, we mutually pledge to each to each other our Lives, our Fortunes, and our sacred Honor," these were not mere words. History tells us that many of the 56 signers paid dearly, some with their lives.

In "The Rebirth of America," published in 1986, by the Arthur S. DeMoss Foundation, the section entitled "Men who paid freedom's price," explains: "Of the fifty-six, few were long to survive. Five were captured by the British and tortured before they died. Twelve had their homes, from Rhode Island to Charleston, sacked, looted, occupied by the enemy, or burned. Two lost their sons in the army. One had two sons captured. Nine of the fifty-six died in the war from its hardships or from its bullets."

As we celebrate America's independence this weekend, enjoying a barbecued hamburger or hotdog with friends and family, or watching a display of fireworks, let us remember the sacrifices of those who defended our Divine Right to life, liberty, and the pursuit of happiness