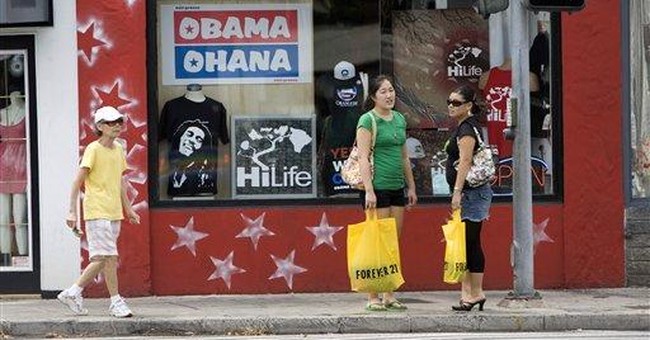 Pastor Rick Warren, author of the “Purpose Driven Life,” will be hosting a “Compassion Forum” August 16th at Saddleback Church in California in which he will be asking questions to both presidential candidates Senators Obama and McCain. According to a recent NY Times article, Mr. Warren was quoted as saying:

“Since I’m their friend, I’m not going to give them any gotcha questions,” Mr. Warren said, adding that a typical query would be, “What’s the most difficult decision you’ve had to make, and how did you make it?”

Setting aside for the moment the fact that we as Christians have a solemn obligation to speak prophetically to the world about Christ and His Word even if what we say makes our “friends” uncomfortable,  as a Christian, interested in knowing specifically where the candidates stand on issues in relation to their Christian faith, not only do I want to know what the most difficult decisions they’ve had to make are, but how their personal relationship with Jesus Christ and His Word actually informed and influenced those decisions.

The “Compassion Forum” will focus on global poverty, HIV, and the environment, which are all issues that should be of concern to all Christians. But I hope that Mr. Warren will also pose questions regarding the great social and cultural issues of our time including abortion, embryonic stem cell research, same-sex “marriage,” and the mainstreaming of homosexuality. People can watch any of the mainstream networks for non-threatening softball questions for the candidates. Mr. Warren should use his forum as an opportunity to ask the difficult and challenging questions not often heard in a presidential campaign. This may be his last opportunity before it becomes a “hate crime” to do so.

Here are some questions I suggest Mr. Warren asks candidates Obama and McCain:

1.       For both candidates: What is truth? Who is truth? And Is that truth transcendent and applicable at all times to everyone regardless of their impulses, behavioral preferences, desires, wants, nationality, ethnicity, religious dogma, gender, race, etc?

3.       Sen. McCain, you claim to be personally pro-life as well. Why? And if you believe that abortion always ends the life of the developing baby in her mother's womb, why would it be ok for individual states to legalize killing babies? Don't our nation's founding documents the Declaration of Independence ("life, liberty, pursuit of happiness") and Constitution (5th and 14th Amendments) guarantee the right to life that no individual state can violate?

4.       Sen. Obama, Do you believe that homosexual behavior, as God says in His Word, is unnatural, deviant, and self-destructive?  As a follow-up, some have said that we shouldn't worry about homosexuality because Jesus never said anything about it specifically.  Well, in case you're planning on going down the same Scriptural-ignorant road, Jesus never spoke about crack cocaine, racism, and suicide, either.  So are those things okay?  And the Gospel of John says that in the beginning was the Word, that the Word became flesh, and that the Word was Jesus Himself.  So, since "all Scripture is God-breathed and profitable" the entire Bible is about Jesus, and that's the same Jesus that affirmed marriage as one man and one woman in the Gospels as well.   Therefore, as a Christian how do you find yourself on the opposite end of an issue from Jesus?

5.       Sen. McCain, You said of same-sex marriage: "I think that gay marriage should be allowed if there's a ceremony kind of thing, if you wanna call it that, I don't have any problem with that." Do you stand by that statement, as you have also stated that you personally oppose same-sex "marriage?" You don't offer a section on your website dedicated to this issue, which continues to make national headlines. And it's also making headlines in your own state.  Recently, Dr. James Dobson expressed regret that you weren't more public in your support for a marriage initiative in your state, and since you support individual states' rights to defend the institution of marriage, do you agree with Dr. Dobson that you haven't been forthright enough on this issue?

6.       Sen. McCain, The California Supreme Court here in California recently postulated that limiting marriage between one man and one woman was unconstitutional. Shortly thereafter you appeared on the "Ellen DeGeneres Show" and didn't respond to Ellen's comment that she could "now legally get married." You have said that issues such as abortion and marriage should be decided via the voters of the individual states. Since the voters in California already voted to define marriage in 2000 (by 61%) as the legal union of one man and one woman, and since that voter approved statute has not changed and can't unless revoked by the people themselves, why did you not remind Ellen that "gay marriage" isn't legal in California because the courts' declaratory opinion, containing no court order, hasn't changed the current marriage statute which does not include any provision for members of the same sex to marry?

9.       Sen. Obama, you support federal sexual orientation non-discrimination laws and if elected would sign the proposed Employment Non-Discrimination Act (ENDA). Under that law, religious organizations and churches like Saddleback would have to hire cross dressers and transvestites, for example, or face criminal fines and prosecution. Why should a church like ours that believes, based on what the Scriptures say, that homosexuality is a perversion of God's natural law, be forced by the government to hire practicing homosexuals or face criminal charges?

10.   Question for both: Can we ever expect God's divine protection and blessings in this country if we continue to kill 4,000 babies per day?

11.   Question for both: What specific Bible verses are most encouraging to you that sustain you in times of personal crisis?

12.   Question for both: 2 Timothy 3:16 states that “All scripture is God breathed and is useful for teaching, rebuking, correcting and training in righteousness, so that the man of God may be thoroughly equipped for every good work.” Do you agree that every word of the Bible is the inerrant, authoritative, infallible word of God? If not, how do you determine what is God breathed and what isn’t?

13.   Question for both: What has your personal salvation meant to you in your life? Who is Jesus in your life?

14.   Question for both: How much will reading God's word and daily prayer influence what you do in the Oval Office if elected?

15.   Questions for both: What is the message of the Gospel?