Gil Gutknecht
|
Posted: Jan 23, 2022 12:01 AM
Share   Tweet
The opinions expressed by columnists are their own and do not necessarily represent the views of Townhall.com. 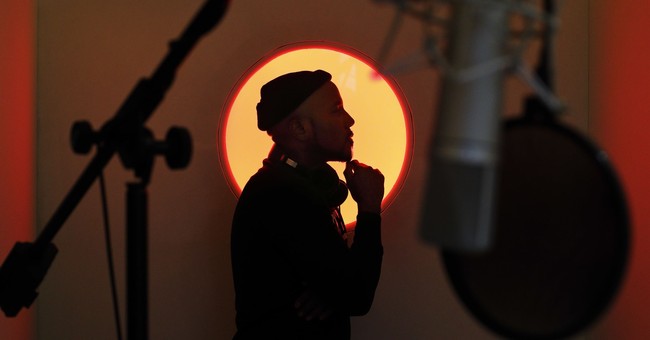 Another rich and powerful interest is begging Washington for special privileges under the guise of helping the little guy. This isn’t all that new. We saw this in the aftermath of the 2008 recession when the big banks argued for greater financial regulations that would have limited their future competition to “protect the interests of everyday Americans.” Or so they said. This is akin to some of the wealthiest individuals and American companies who are selling economically questionable “green” energy initiatives…that just happen to pad their bottom line.  And now, we’re seeing it again from the super-wealthy record labels, shamelessly pushing a new money-making scheme that will limit artist promotion and exposure to — you guessed it — “preserve the integrity of the music industry.”

The record labels claim that by imposing a new fee on radio airplay, their bill — The American Music Fairness Act — will ensure that “artists get the compensation they deserve.” The problem with this assertion is that the labels themselves are what’s wrong with artists’ revenue streams today. They have been for a long time.

Nearly twenty years ago, the late Michael Jackson made this point crystal clear when he said, “The recording companies really, really do conspire against the artists — they steal, they cheat.” Around that same time, the Dixie Chicks agreed, accusing their label of “systematic thievery” by underpaying the band $4 million in royalties they were entitled to.

For years, intellectual property theft, inequities in streaming payments, and other concerns overshadowed artists’ issues with the labels. However, in recent years, innovation and groundbreaking bills such as The Music Modernization Act resolved most of those concerns. The labels themselves remain one of the last major thorns in the side of today’s music creators.

There is a genuine lack of transparency concerning the formulas used by these multinational Goliath’s in determining disbursements (or lack thereof) to artists. There is a growing lack of trust. No wonder artists are left scratching their heads as to whether they’re being short-changed. Many believe they are receiving the short end of the revenue stick.

Their fears have been justified by several court rulings.

Consider just a few cases that have been adjudicated. In 2015, Dr. Dre won a legal battle against his label. A federal judge found that the record label was underpaying him while illegally selling the rights to his album “The Chronic.” Martha Davis of the ‘80s rock band The Motels similarly sued her label for underpaying the royalties due their group, as did A Day to Remember for breach of contract.

Of course, we will never know how many other artists have been shortchanged.

This problem isn’t confined to just the United States. In Great Britain, the UK  Parliament has raised concerns regarding the relationship between record labels and artists. They too are asking specifically whether the artists are getting their fair share of the proceeds.

The record labels have become so at odds with their artists that many bands are now foregoing the traditional label route. With all these ethical questions floating around this industry it’s fair to ask, why would Congress even think about passing legislation granting them even more privileges and power?

The major record labels have enormous market power now. The recorded music sector is dominated by a handful of huge multi-national corporations. The largest three labels account for roughly 70 percent of all recorded music. Their market valuations dwarf the GDP of many small nations. Rather than scheming to persuade Congress to help them secure new revenue streams, perhaps the executives at the major labels should first clean up their own houses. A little sunshine and transparency would ensure that artists are properly compensated for their creativity and work.

The American Music Fairness Act is but another wolf in sheep’s clothing. It will do little to address some of the major problems confronting the recording industry. This bill won’t help the artists or the general public. Congress should treat it as such and let the big labels know that this legislation strikes all the wrong chords.

The author served six terms in the U.S. House from Minnesota.