Gil Gutknecht
|
Posted: Mar 29, 2020 12:01 AM
Share   Tweet
The opinions expressed by columnists are their own and do not necessarily represent the views of Townhall.com. 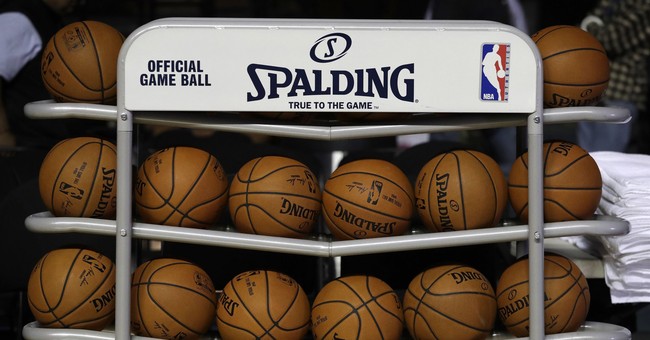 Consider a little history from the Hawkeye state.

The University of Iowa basketball team has a junior center who just completed one of the most amazing seasons in Big Ten history. Luka Garza scored at least 20 points in 16 consecutive games. He set a single season Hawkeye scoring record. He was named Big Ten player of the year and a first team All-American. His achievements came against some of the best big men in the country, in spite of the fact he was usually double and occasionally triple-teamed. The Northwestern coach described Luka with one word, “relentless.”

Ironically, even Luka’s father Frank acknowledges that he will not likely be drafted by any of the NBA teams this year. Scouts think he can’t jump and he’s too slow.

Also ironic, for all of his impressive records and as great as he has been, Luka Garza is probably not the greatest player ever to accept a basketball scholarship at the University of Iowa. Most basketball historians would argue that that honor would go a guy who never played a varsity game for the Hawkeyes. His name was Connie Hawkins. Ironically nicknamed “The Hawk.”

Connie Hawkins grew up in New York City. Legend has it that he could dunk a basketball before he became a teenager. He held his own with the likes of Wilt Chamberlain when he was still in high school. He led his high school team to two consecutive City Championships. Connie was 6’8” and a phenomenal jumper. He had huge hands and held a basketball like most players would hold a volleyball. He was both the prototype and the inspiration for a guy nicknamed Dr. J.,  Julius Irving.

He accepted a scholarship offer to perform his art and perfect his game at the University of Iowa. As an eighteen-year-old kid he also accepted $200 to help cover his expenses for moving to Iowa City. Back then freshmen couldn’t play in varsity games, only practice. Most players acknowledged that even as a freshman he was the most talented player on a squad that included a future All-American and NBA great, Don Nelson.

A tragic thing happened to Connie Hawkins on the way to collegiate stardom. He had his scholarship revoked and was forced to leave school. Worse, no other college would accept him either. Sadly, the guy that gave him the $200 was named Jack Molinas, a former NBA player who had been banned for betting on games. Molinas was later at the center of a federal point-shaving investigation. When the $200 surfaced in the investigation, the Hawk was blackballed from college basketball. It mattered not that he had never even suited up, let alone shaved a point.

Connie Hawkins would bounce around what became the ABA. In spite of his stellar performances, the NBA would not allow him to sign with any of their teams. He sued and after several years the NBA surrendered. He became the league’s first 27-year-old rookie. The Hawk was an all-star four times and was ultimately elected to the Naismith Hall of Fame.

If he was bitter, he didn’t seem to show it.

From cockfights to baseball, there have long been shadowy figures making book on the outcomes of contests. There have also been those who would bend the odds in their favor. We can surmise that most coaches know the point spread on their games. Coaches also know that many of their alumni are placing wagers. We will never know how many times they left starters in longer to cover the spread.

We do know that gambling is corrosive. It destroys lives, and not just the compulsive. An eighteen-year-old kid named Connie Hawkins was a victim. So were the tens of thousands of Hawkeye basketball fans who never got to see him play.

That’s why it was so ironic that the governor and legislators seemed almost proud when they legalized sports betting last year in the Hawkeye state. With more people betting on more games, the odds of future scandals will surely increase. Human nature hasn’t changed.

It’s only a matter of time.