Gil Gutknecht
|
Posted: Jan 06, 2019 12:01 AM
Share   Tweet
The opinions expressed by columnists are their own and do not necessarily represent the views of Townhall.com. 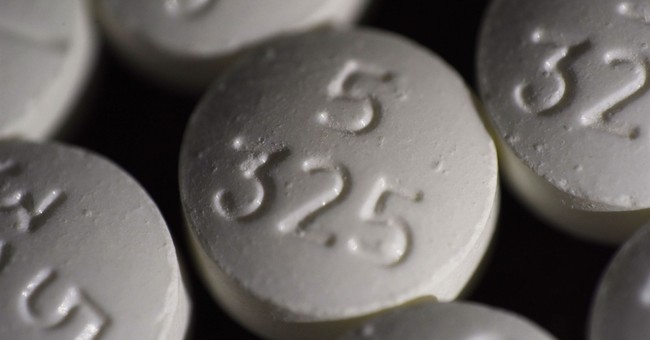 Suppose that decades ago, a group of Oklahoma oil men came to Minnesota with an interesting proposal. They had an abundance of a very clean burning fuel they called natural gas. Minnesotans were using mostly coal and firewood to survive the harsh Minnesota winters. That meant that they had to stoke those fires regularly. It also meant billowing smoke, especially during those bone chilling cold snaps. Keeping warm was a pretty dirty business back then.

Now suppose that the slow talking Oklahomans had a better idea. They wanted to build pipelines, storage facilities and a complete distribution system so that Minnesota could enjoy the benefits of natural gas. Separately, a Minnesota company named Honeywell had built a magic device they called a thermostat. This meant never having to get up in the middle of the night to go down to the basement and shovel coal into the furnace.

You can imagine that most Minnesotans and their elected officials liked the idea. The Oklahomans sweetened the offer. They said that the buildout would cost billions, but they would finance the upfront infrastructure costs privately. No need for taxpayer subsidies. The only thing they wanted in return was exclusive rights to sell this gas to Minnesota consumers.

The Governor wasted no time accepting the offer. He gave them exclusive rights. You can almost hear him giving speeches around the state, taking credit for the agreement. The Governor was a staunch defender of free markets and this was an excellent example of how free markets and private enterprise work. The new gas company, its employees and owners most likely became major contributors to the Governor’s campaign.

Everything went well for several years. Virtually everyone close enough to a pipeline got hooked up to this magic fuel. Prices were fair. Consumers were happy. The Governor was popular.

Over in the Badger State, lets suppose they moved a bit more slowly. The Wisconsin Governor feared that giving monopoly powers to a single supplier of something so critical could invite abusive prices down the road. So he accepted the offer with a condition, they would set up a Utility Commission to do research on actual costs. They might even look at what other states were paying with a goal of establishing prices that were fair to both the company and Wisconsin consumers.

As you might imagine, prices went up faster in Minnesota than in Wisconsin. During one cold spell, prices spiked 1700% in Minnesota. Minnesotans began to notice the price differences. Before long, Minnesotans were paying twice as much for gas. But, the Minnesota Governor strongly opposed “socialized energy.” He would not stand for price controls like those imposed in Wisconsin. He pointed out that in some remote areas of the Badger State, people had to wait weeks or even months to get their pipelines checked, ignoring the fact that people in Gopherville had fairly long waits too. The Governor pounded the podium bellowing that free markets must set the price of natural gas, not government!

But, people along the border petitioned to be able to hook up to cheaper Wisconsin gas. The Governor had to put a quick stop that. He even threatened to arrest people who tried such a stunt, claiming that this could be dangerous. People might die. Then to protect the Minnesota monopoly, he intimidated the leaders of the giant search engines and got them to shut down web sites that publicized the cheaper prices across the border.

All of this sounds unimaginable, right?

But if you think about it, that’s pretty much what is happening with prescription drugs. It is analogous to the bad bargain that American policy makers have accepted with the pharmaceutical companies. It also illustrates the difference in the approaches taken by the United States and Canada. You see, the Canadians have an agency called the Patented Medicine Price Review Board. It operates as a blend of our FDA, U.S. Patent Office and a Public Utility Commission. The Canadians do their homework. Our neighbors to the North have a Human Drug Advisory Panel that does scientific reviews to determine the therapeutic improvement that a new drug provides. If it is only a marginal improvement, they can only negotiate for a marginal price increase. The Patented Medicine Board’s staff reviews prices and other data on an ongoing basis. They allow for recovery of R&D costs and a reasonable return on the drug company’s investment. All determinations are made after consultations with the drug companies and other interested parties. It may seem arbitrary to the drug companies, but it ensures that in return for exclusive patent protections for the companies, the public is protected from predatory pricing. Apparently Canadians believe that someone has to protect the public interest.

We on the other hand (here in the land of the free) grant exclusive patent rights to companies for products that consumers desperately need. Minnesotans desperately need heat too, but we don’t let the gas company charge whatever the market will bear. Monopolies will inevitably abuse their monopolistic powers. We shouldn’t be surprised that the only company with a treatment for lead poisoning for example, raised prices 1700% shortly after stories of wide-spread exposure among the children of Flint Michigan. There is no free market for Rx drugs. Drug companies don’t really compete, especially on price. Just look at Insulin. The price of a vile has more than tripled in the last ten years even though there are several suppliers.  Where there are similar, competitive products, companies employ what is euphemistically called “tandem pricing.” Prices mysteriously go up at the same time. Imagine that.

We spent over $500 Billion on Rx drugs last year. Is it too much to ask for our government to do a little homework and protect us? Perhaps the Canadians are just a lot smarter than we are.

You can learn more about abuses by the drug industry and how other industrialized countries minimize those abuses in my forthcoming book, PhARMing the USA; How the Drug Companies Milk America.

Gil Gutknecht served six terms in the U.S. House of Representatives from Minnesota. He was the author of the Pharmaceutical Market Access bill that passed the House and died in the Senate. He writes about healthcare and political issues of the day. The above piece contains excerpts from the book.