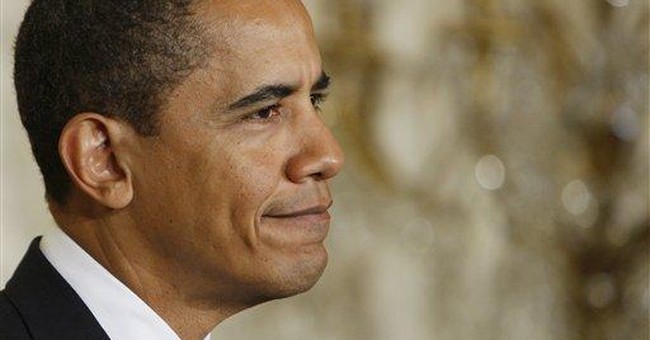 WASHINGTON -- "Recidivism" is Rep. Jim Cooper's laconic explanation of why he, although only 54, has spent portions of five decades on Congress' payroll. Responding with aphorisms (e.g., "Bad government starts at the grass roots") to the tedium of Congress' culture of avoidance, he grows more laconic as the welfare state's implosion approaches.

The son of a Tennessee governor, Cooper, a Democrat who represents Nashville, was a congressional page starting in 1969 and then a Rhodes Scholar before being elected to Congress in 1982. Having run unsuccessfully for the Senate in 1994, he returned to the House in 2002. A mordant Cassandra ("If members of Congress were paid on commission to cut spending we'd see fabulous results"), he is no longer astonished by Congress' bipartisan avoidance of the predictable crisis coming to the big three entitlement programs -- Social Security, Medicare and Medicaid.

"Astonishing," says Cooper of the new president's avowed determination to confront the crisis. Leadership, says Cooper, who has seen precious little of it concerning entitlements, enlarges the number of "things that can be talked about." Such as the Social Security payroll tax, which Cooper would cut for several stimulative years from 12.4 percent to 8 percent. It suppresses job-creation, is raising more revenue than Social Security is dispensing and will continue to do so until 2017. The surplus is invested in Treasury bonds. That amounts to lending it to the government "which in turn," Cooper says, "spends it on everything except Social Security."

President Lyndon Johnson, to make the deficit numbers during the Vietnam War less scary, adopted the "unified budget," under which Social Security's surplus was mingled with general revenues, thereby reducing -- disguising, really -- the deficit's size. That, Cooper says, was the "original sin" in the budgeting sleight-of-hand that prevents the public from knowing, and Congress from being compelled to act on, facts about the entitlement programs' unfunded liabilities -- promises to future beneficiaries that future taxpayers may not be willing to pay.

Cooper, who has an unshakable appetite for unappetizing numbers, wishes more Americans were similarly eccentric and would read the 188-page 2008 Financial Report of the United States Government -- the only government document that calculates what deficit and debt numbers would be if the government practiced, as businesses must, accrual accounting.

Under such accounting, future outlays to which beneficiaries are entitled by existing law are acknowledged as expenditures before they are paid. Were the Social Security surplus sequestered for accounting purposes, reflecting the truth that it is already obligated, and were there similar treatment of the other entitlement programs' liabilities, the deficit for the fiscal year that ended Sept. 30 would have been $3 trillion rather than $454.8 billion. The report's numbers show that the true national debt is $56 trillion, not the widely reported $10 trillion.

The report says that in 25 years the portion of the population 65 and older will increase from 12 percent to 20 percent, while the share of the population that is working and paying taxes will decrease from 60 percent to 55 percent. If Medicare spending continues to grow, as it has for four decades, more than one and a half times as fast as the economy, the big three entitlements, which currently are 44 percent of all federal expenditures (excluding interest costs of the national debt), will be 65 percent by 2030. Under current law, 30 years from now government revenues will cover only half of anticipated expenditures.

For years, many conservatives advocated a "starve the beast" approach to limiting government. They supported any tax cut, of any size, at any time, for any purpose, assuming that, deprived of revenue, government spending would stop growing. But spending continued, and government borrowing encouraged government's growth by making big government cheap: People were given $1 worth of government but were charged less than that, the balance being shifted, through debt, to future generations. In 2003, Republicans fattened the beast with the Medicare prescription drug benefit (Cooper opposed it), which added almost $8 trillion in the present value of benefits scheduled, but unfunded, over the next 75 years.

Liberalism's signature achievement -- the welfare state's entitlement buffet -- will, unless radically reduced, starve government of resources needed for everything on liberalism's agenda for people not elderly. Conservatives want government limited, but not this way.

Although President Obama promises entitlement reforms, what can be expected from a Congress with a long bipartisan record of reckless enrichments of the entitlement buffet? Recidivism.