The Downfall of Faux Conservatism 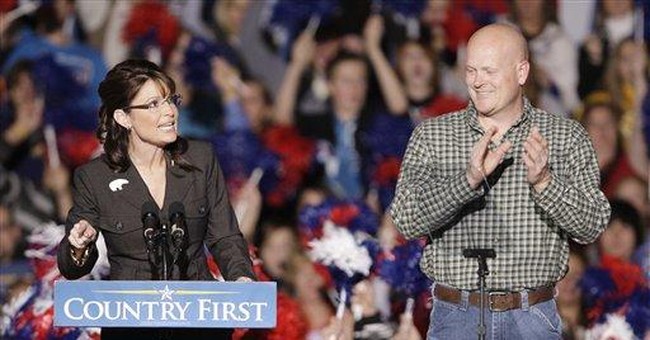 WASHINGTON -- From the invasion of Iraq to the selection of Sarah Palin, carelessness has characterized recent episodes of faux conservatism. Tuesday's probable repudiation of the Republican Party will punish characteristics displayed in the campaign's closing days.

Some polls show that Palin has become an even heavier weight in John McCain's saddle than is his association with George W. Bush. Did McCain, who seems to think that Palin's never having attended a "Georgetown cocktail party" is sufficient qualification for the vice presidency, lift an eyebrow when she said that vice presidents "are in charge of the United States Senate"?

She may have been tailoring her narrative to her audience of third-graders, who do not know that vice presidents have no constitutional function in the Senate other than to cast tie-breaking votes. But does she know that when Lyndon Johnson, transformed by the 1960 election from Senate majority leader into vice president, ventured to the Capitol to attend the Democratic senators' weekly policy luncheon, the new majority leader, Montana's Mike Mansfield, supported by his caucus, barred him because his presence would be a derogation of the Senate's autonomy?

Perhaps Palin's confusion about the office for which she is auditioning comes from listening to its current occupant. Dick Cheney, the foremost practitioner of this administration's constitutional carelessness in aggrandizing executive power, regularly attends the Senate Republicans' Tuesday luncheons. He has said jocularly that he is "a product" of the Senate, which pays his salary, and that he has no "official duties" in the executive branch. His situational constitutionalism has, however, led him to assert, when claiming exemption from a particular executive order, that he is a member of the legislative branch, and, when seeking to shield certain of his deliberations from legislative inquiry, to say that he is a member of the executive branch.

Palin may be an inveterate simplifier; McCain has a history of reducing controversies to cartoons. A Republican financial expert recalls attending a dinner with McCain for the purpose of discussing with him domestic and international financial complexities that clearly did not fascinate the senator. As the dinner ended, McCain's question for his briefer was: "So, who is the villain?"

McCain revived a familiar villain -- "huge amounts" of political money -- when Barack Obama announced that he had received contributions of $150 million in September. "The dam is broken," said McCain, whose constitutional carelessness involves wanting to multiply impediments to people who want to participate in politics by contributing to candidates -- people such as the 632,000 first-time givers to Obama in September.

Why is it virtuous to erect a dam of laws to impede the flow of contributions by which citizens exercise their First Amendment right to political expression? "We're now going to see," McCain warned, "huge amounts of money coming into political campaigns, and we know history tells us that always leads to scandal." The supposedly inevitable scandal, which supposedly justifies pre-emptive government restrictions on Americans' freedom to fund the dissemination of political ideas they favor, presumably is that Obama will be pressured to give favors to his September givers. The contributions by the new givers that month averaged $86.

One excellent result of this election cycle is that public financing of presidential campaigns now seems sillier than ever. The public has always disliked it: Voluntary and cost-free participation, using the check-off on the income tax form, peaked at 28.7 percent in 1980 and has sagged to 9.2 percent. The Washington Post, which is melancholy about the system's parlous condition, says there were three reasons for creating public financing: to free candidates from the demands of fundraising, to level the playing field and "to limit the amount of money pouring into presidential campaigns." The first reason is decreasingly persuasive because fundraising is increasingly easy because of new technologies such as the Internet. The second reason is, the Supreme Court says, constitutionally impermissible. Government may not mandate equality of resources among political competitors who earn different levels of voluntary support. As for the third reason -- "huge amounts" (McCain) of money "pouring into" (the Post) presidential politics -- well:

The Center for Responsive Politics calculates that by Election Day $2.4 billion will have been spent on presidential campaigns in the two-year election cycle that began January 2007, and another $2.9 billion will have been spent on 435 House and 35 Senate contests. This $5.3 billion is a billion less than Americans will spend this year on potato chips.

FL Sheriff Has Some Advice for the 'Millions' of People Moving to the State on How to Vote
Townhall
Columbus PD chief explains to reporter why cops aren't trained to 'shoot somewhere that would not result in a fatal wound'
Twitchy
Joe Biden Releases an Absolutely Disgusting Statement on the Columbus Police Shooting
Redstate
Insanity Wrap #191: Did Jury Intimidation Play a Part in the Chauvin Verdict?
PJ Media