The Earmark Culture Thrives in Washington 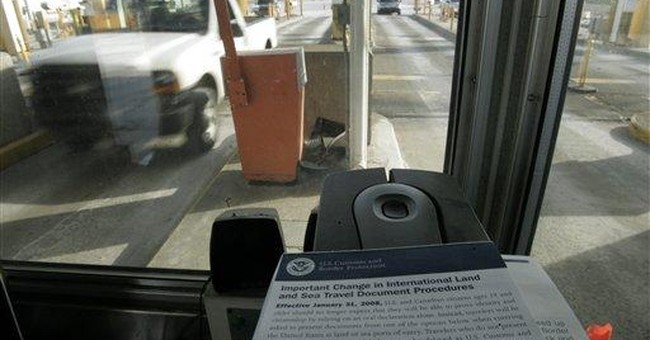 LEE COUNTY, Fla. -- Coconut Road near Fort Myers looks like any other concrete ribbon near housing developments, golf courses and shopping malls in this state's booming southwest. But like another fragrant slab of recent pork, the $223 million "Bridge to Nowhere" in Alaska, Coconut Road leads to somewhere darkly fascinating. It runs straight into Washington's earmark culture of waste, corruption and anticonstitutional deviousness.

Today the road ends at a chain-link fence, beyond which flows the river of traffic on Interstate 75. The earmark that would have built an interchange to connect Coconut Road to I-75 was, like the bridge, smudged with the fingerprints of Alaska's Republican Rep. Don Young, who in 2005 was chairman of the House Transportation and Infrastructure Committee. But this story involves more than one political vulgarian's wretched excesses. It also illustrates how Republicans earned their most recent and coming drubbings.

On July 29, 2005, the House and Senate passed legislation granting Lee County's request for $10 million for "widening and improvements for I-75" to facilitate evacuations during hurricanes. But on Feb. 19, 2005, Young had been in Bonita Springs near Fort Myers, collecting $40,000 in campaign funds. The contributors included developer Daniel Aronoff, a prolific supporter of Republicans and owner of about 4,000 acres along Coconut Road. The value of that land would be enhanced if Coconut Road were connected to I-75 by an interchange that would be adjacent to 1,200 of Aronoff's acres.

When the legislation reached the president on Aug. 10, 2005, the language about widening I-75 had been mysteriously deleted and replaced by "Coconut Rd. interchange I-75/ Lee County." So $10 million was to be spent for a project neither the House nor the Senate voted for, that Lee County did not want, and that someone unknown wrote into the legislation. But the Constitution says: "Every bill ... shall have passed the House of Representatives and the Senate" before it becomes law.

Young at first said the local congressman, Connie Mack, asked for the change. Mack denied that. In January 2006, Young, who subsequently changed his tune, warned Lee County that it could not spend the $10 million for the widening project it requested. Young says local residents requested the interchange project instead. But many residents, not including the developers who are Young's benefactors, oppose it for environmental and traffic reasons.

There are two mysteries: Who surreptitiously perverted the will of Congress? And why is Congress not angry and eager to identify the culprit? It seems reasonable to suspect that the answer to the first question is: Young or an agent of his. The answer, or answers, to the second question probably is, or are: Because Young is powerful -- and perhaps also because such violations of legislative due process have been committed on behalf of other members.

Fortunately, Senate rules enable an obdurate individual to force the institution to sit up and take notice. One such mechanism is a "hold," by which a senator can halt a bill. Freshman Sen. Tom Coburn is an Oklahoma Republican who happily has not learned the Senate ethic of playing nicely with others. He has put a hold on the bill that corrects technical problems in the 2005 highway bill. On Dec. 18, he announced that he will block that bill -- and its slew of earmarks; that will get members' attention -- if the bill "does not require a full and open investigation of the events leading up to the unauthorized revision of congressionally passed legislation." Coburn demands "a select committee, comprised of members of both the House and Senate," because "secret, improper and unauthorized changes to congressionally passed legislation call into question the integrity of our entire constitutional and legislative process."

Seven weeks have passed and nothing has happened. Young, 74, one of whose former aides pleaded guilty to bribery charges involving the jailed lobbyist Jack Abramoff, is the subject of an FBI investigation concerning another matter, and faces strong opposition to a 19th term. Recently, two more House Republicans -- the total is now 28 -- announced their retirements, evidence that Republicans do not expect soon to end their minority status that began 17 months after the Coconut Road earmark alteration.

In his State of the Union address, the president vowed to veto any appropriation bill "that does not cut the number and cost of earmarks in half." Coburn tartly notes that although Congress hardly needs 5,500 earmarks -- half of last year's total -- the president's goal would be met if Republicans themselves quit earmarking. That fact goes far to explain the Republicans' current and future minority status.