A New Year in Decline 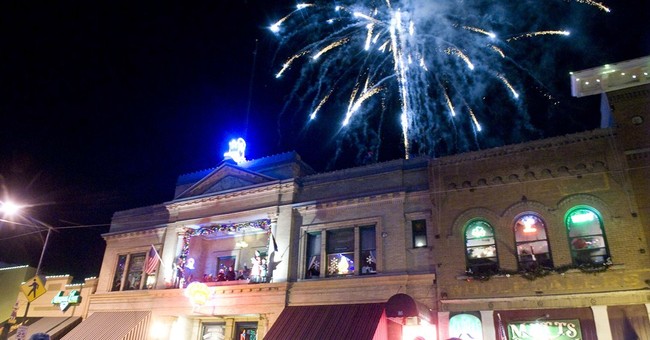 As we approach 2015, I worry about the future of America and the free world as I have never worried before. America’s President, Barack Obama, is carefully and deliberately dismantling the Constitutional structure of the country and removing all vestiges of western civilization. He has shown dictatorial tendencies and is supported by party loyalists and sympathizers in government, academia, and the media.

To speed up the destruction of American civilization, Obama is importing 30 million third-world types from Mexico and Central America and putting them on the fast track to citizenship. The opposition party—the Republicans—do nothing to stop this silent coup d’etat, because they are afraid of being called racists. They believe it is safer to condemn future generations to five hundred years of tyranny than to stand up to false accusations.

Five hundred years? Do I exaggerate?

Milton Friedman wrote in one of his books, “Liberty is a rare and delicate plant.” It is rare because the typical state of mankind is tyranny. It is a plant because it thrives for a season and then shrivels up and dies. Ronald Reagan said almost the same thing, when he said, “Freedom is never more than one generation away from extinction.” The flower of American freedom is now dying. When it does, then what?

Then comes the Dark Age. Progress is not inevitable. Progress walks with freedom. With totalitarianism comes regression. Mankind has suffered setbacks in the past and will suffer them again in the future. When the Roman suburb of Pompeii was buried in pumice and ash by a volcanic eruption in 79 AD, it was at a time when Rome had achieved a high level of civilization and technology. The Pompeiians had indoor baths and toilets and hot water pipes to heat the floors of their homes in winter. Three centuries later, such things were unknown in the Roman Empire. The skills and knowledge required to make those conveniences had been lost, and they did not show up again until the 19th century.

The leftist media frequently fret about Obama’s legacy, just as they fretted over the legacy of that sex-craving jackass Bill Clinton. But what will Obama’s legacy be? If he succeeds in destroying American civilization, he will be forgotten as quickly as all the other despots in history. If you had visited Yugoslavia in the 1980s, you would have seen Communist dictator Tito’s portrait hanging on the wall of every public building. He was an all-powerful tyrant. There were streets called Tito Boulevard in every major city, and there were cities like Titovo Uzice and Titograd named after him. But today forty-four years after his death, he is a largely forgotten, minor footnote in history. His legacy was the devastation in his wake, holding back the South Slavs while Western Europe marched forward. Like others who contributed nothing and did much harm, no one remembers him.

And so it will be with Obama. America will slide into poverty and ignorance, and no one will remember Barack Hussein Obama, or that it was he who accelerated the rot that was already eating away at the civilization. They will only look around at the ruins of what was once great and ask, “What happened?” just as we now look at the marvels of Ancient Rome.

And so I anticipate 2015 with worry and sadness because the destruction of America looks inevitable. There is no serious effort to stop it. Elections have proven ineffective at reversing the trend, as long as the opposition is embodied by the likes of Johnny Boehner and Karl Rove. A convention of the states, as proposed by Mark Levin, is a good idea, but it remains only a dream as long as the requisite number of 35 states eludes us.

So, just as the Romans frittered away the last decades of grandeur by going to gladiator games, Americans shrug their shoulders and watch 500 cable TV channels, entertained by programs produced by leftists projecting the leftist vision. Meanwhile, our school children, more than ever, are indoctrinated in the religion of the left. And there is no one trying to make the movies that Hollywood won’t make and very few teach the lessons the PC educators won’t teach. People younger than forty today are accustomed to the decline and accept it as normal—they have never known anything else. And there is no political answer when the majority of people prefer complacency.

We can already see the decline in places like Detroit and Gary, the automobile and steel manufacturing capitals of the world in the 1950s. Now those two cities look like third-world outposts—half the population left since 1960, leaving potholed streets, dilapidated buildings, and sporadic electrical power service. Chicago and others cities will soon follow them.

Regression is the trend. Three hundred years from now, will Americans be wearing tight-fitting synthetic jumpsuits while transporting to spaceships that take them from planet to planet, like the people we see in science fiction films? Or will they be living like people in Europe after the fall of Rome—poor, ignorant, dirty—dwelling in simple huts without electricity or running water? I would bet on the latter. Progress is not inevitable. Freedom is a rare and delicate flower. Happy New Year!

Bronson Stocking
Even Joy Reid Is Upset at the 'Good Politicians' Who Are Being Hypocrites with COVID Restrictions
Julio Rosas
Celebrity Chef Who's Defying COVID-19 Restrictions Fires Back at Critics: 'I'm Not the A**hole, the Governor Is'
Leah Barkoukis