Gabriella Hoffman
|
Posted: Dec 31, 2021 12:01 AM
Share   Tweet
The opinions expressed by columnists are their own and do not necessarily represent the views of Townhall.com. 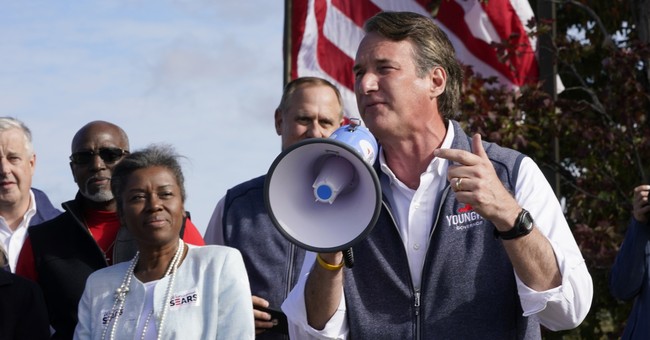 Come January 15th, the District of Columbia will adopt this draconian measure—one that will ultimately drive a deeper wedge between Washingtonians. Lest The District’s policy makers forget: this effort won’t mitigate the spread of the omicron variant. But they’ll proceed with it anyway.

Who will be adversely impacted by this new policy? Sadly, the city’s black residents—who comprise 46 percent of the population— will be disproportionately targeted. Fox News reporter Houston Keene noted just 39 percent of its black residents are fully vaccinated.

In a city atrophying from high crime and residents fleeing for freer pastures— the nation’s capital lost 20,000 residents in the last year  — instituting a vaccine mandate will only drive more people out. Where will they escape to? It’s highly probable they’ll cross the Potomac River into the Commonwealth of Virginia. Here’s why.

On December 22rd, Mayor Muriel Bowser (D) announced a vaccine mandate will go into effect on January 15th, 2022, for those 12 and older. By February 15th, patrons to indoor establishments must be fully vaccinated—boasting two doses of the COVID-19 vaccine to “enjoy” normalcy.

The order claims, “Vaccine requirements have resulted in more persons who were vaccine hesitant deciding to get vaccinated, thereby providing protection to themselves, those with whom they come in contact, and helping to maintain hospital capacity. Furthermore, subsequent increases in vaccine coverage help to reduce the amount of virus circulating in our community and protect those residents who remain at risk for severe disease despite getting vaccinated themselves, such as persons with immunosuppressive conditions or the elderly.”

After initially denying the inclusion of an I.D. requirement, health officials confirmed it will supplement the vaccine mandate.

This news comes after Bowser reinstituted a city-wide indoor mask mandate, which the Mayor herself has violated in the past.

Several questions abound: If the concern is so pressing, why didn’t they enact this edict sooner? Furthermore, if I.D. cards for voting are racist and inhumane, how come they are perfectly acceptable in this case?

Given these forthcoming measures, wary Washingtonians will seek refuge in Virginia—affectionately dubbed “the freedom side of the river” by Townhall news editor Katie Pavlich.

The Allure of Virginia in 2022

For D.C. residents desiring to stay in the DMV, Virginia is an obvious choice.

What’s the allure of the Commonwealth? A new state government in the incoming Youngkin administration promising no mandates—mask, vaccine, or otherwise. Governor-elect Glenn Youngkin reaffirmed his pledge against mandates across both the public and private sectors.

“I’ve been very clear, I do not believe in mandates. I will not mandate the vaccine, we will not have vaccine passports in Virginia to live your lives, and I’m going to continue to be a strong advocate for the vaccine,” Youngkin said.

That, in itself, is reassuring and will appeal to folks regardless of vaccination status.

Why Virginia is Superior to Maryland

With D.C. adopting a vax mandate, District refugees desiring to stay here will weigh whether to relocate to Virginia or Maryland.

Don’t take my word for it but I’m partial to the Commonwealth. Why?

Of the three areas, Old Dominion has gun-friendly laws for those interested in purchasing firearms legally and obtaining their concealed handgun permit (CHP) with greater ease.

The cost of living is slightly higher in Maryland compared to Virginia.

In the recent U.S. News and World Report’s “Best States” list, our state earned the eighth spot compared to our crab-loving neighbor, which garnered the 17th spot.

Even with its drawbacks, Virginia is the clear winner.

If D.C. residents flock to the Commonwealth of Virginia, they should recall what’s attracting them here: fewer intrusive government policies.

Remember: Should one choose to relocate here from D.C., liberate yourself of old voting habits and adopt the political pace of your new home.