To Reclaim Cities, Republicans Must Re-Engage Them

Gabriella Hoffman
|
Posted: Jul 31, 2020 12:01 AM
Share   Tweet
The opinions expressed by columnists are their own and do not necessarily represent the views of Townhall.com. 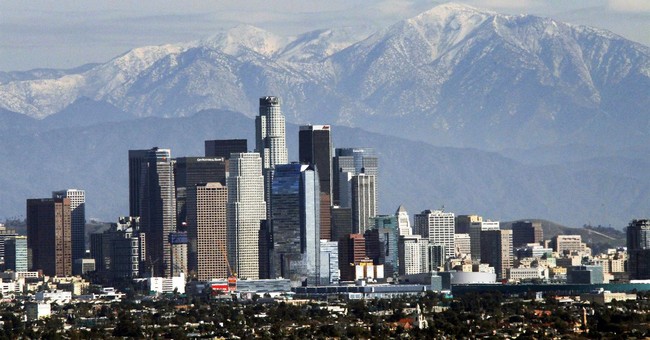 These concerns give urban residents, roughly 81 percent of the total U.S. population, good reason to flee cities for suburbs and rural localities.

Sadly, Republican retreat from urban areas gave Democrats carte blanche to rule cities unchallenged for decades. Nevertheless, given the current circumstances, Republicans must and can offer a contrast to the chaos unfolding nationwide.

City Journal noted in 2013, “The Republican move away from the cities is also bad for the cities themselves, which have hugely benefited—and could benefit a lot more—from right-of-center ideas.”

Given how lawless cities like Portland, Seattle, New York City, and Los Angeles have become, there is a ripe opportunity for the party to make its case to cities—if done so genuinely and effectively.

How the GOP Can Make Inroads in the Cities

Republicans have touted how palatable their ideas are to all Americans. And they are easily marketable to many people—especially to those residing in metropolises. Issues that resonate include school choice, occupational licensing reform, freelancing, lower taxes, and deregulation, among many issues.

As life in Democrat-run cities proves more challenging, could this propel residents there, who generally lean left, to abandon Democrats?

“I’ve been reporting on the crisis in liberal cities for years,” said Jones.

“Many ask why won’t the voters in those cities simply vote Republicans? Well, those Republicans aren’t there or at least on the ground working before election time.”

Jones recently hosted a Fox News special called ‘One Nation’ where he highlighted the current state of race relations in America.

“If we truly want to improve these communities we must give them a choice. I guarantee you they won’t pick continued death, poverty and destruction,” Jones added.

“Republicans have to stop campaigning in cities the same way they would in rural areas,” said Weissmann.

“Voters care about different issues and different issues affect them, and that varies by city, too. A smart Republican won't burst in Leeroy Jenkins style saying "Look at me! I'm Republican! Rather, he or she will show up, show they care, listen, and show solutions.”

San Diego Mayor Kevin Faulconer, a two-term Republican who runs the eighth largest city in the country, has contrasted liberals at the helm of other major American cities.

“My approach has been to run an efficient and effective government, not just for the sake of efficiency, but with the goal of taking tax dollars saved and reinvesting them back in our communities,” said Faulconer.

While other mayors’ coronavirus responses were quite extreme, Mayor Faulconer employed a more balanced approach.

“During COVID-19, San Diego has also launched a robust effort to help small businesses recover from the pandemic's devastating effects,” Faulconer added. “Just recently, I signed an Executive Order that cuts fees and streamlines permits to help businesses expand outdoors to stay open as the state closes down sectors of the economy again due to the virus.”

The mayor believes his work in “America’s Finest City” could be a blueprint for Republicans elsewhere.

“It's time for a new approach, with a revitalized party that moves beyond the echo chambers of Sacramento and D.C. and works for our families,” he said.

“Instead of looking to Washington for the way forward, or trying to invent something entirely new, Republicans should look to what is working in our cities. And that’s what I’ve worked toward during my time as mayor.”

President Trump brashly claimed, "All Democrat-run cities, in every case, they're going to hell."

And he’s not wrong. Pull up social media or turn on the TV to see for yourself.

Despite disarray marking Democrat-run cities today, there is hope for Republican ideas there.

Efforts are currently underway in North Carolina and Wisconsin to grow the party. Rand Paul attempted it in Detroit a few years back, and Republican-aligned candidates recently won local city races in Virginia.

It’s long past due for Republicans to articulate a conservative vision to our fellow Americans calling cities homes. Let’s hope the party begins to plant the seeds to cultivate necessary electoral change.