Reagan Was a Beloved President, Not a ‘Telegenic Oppressor’

Gabriella Hoffman
|
Posted: Jul 13, 2020 6:00 AM
Share   Tweet
The opinions expressed by columnists are their own and do not necessarily represent the views of Townhall.com. 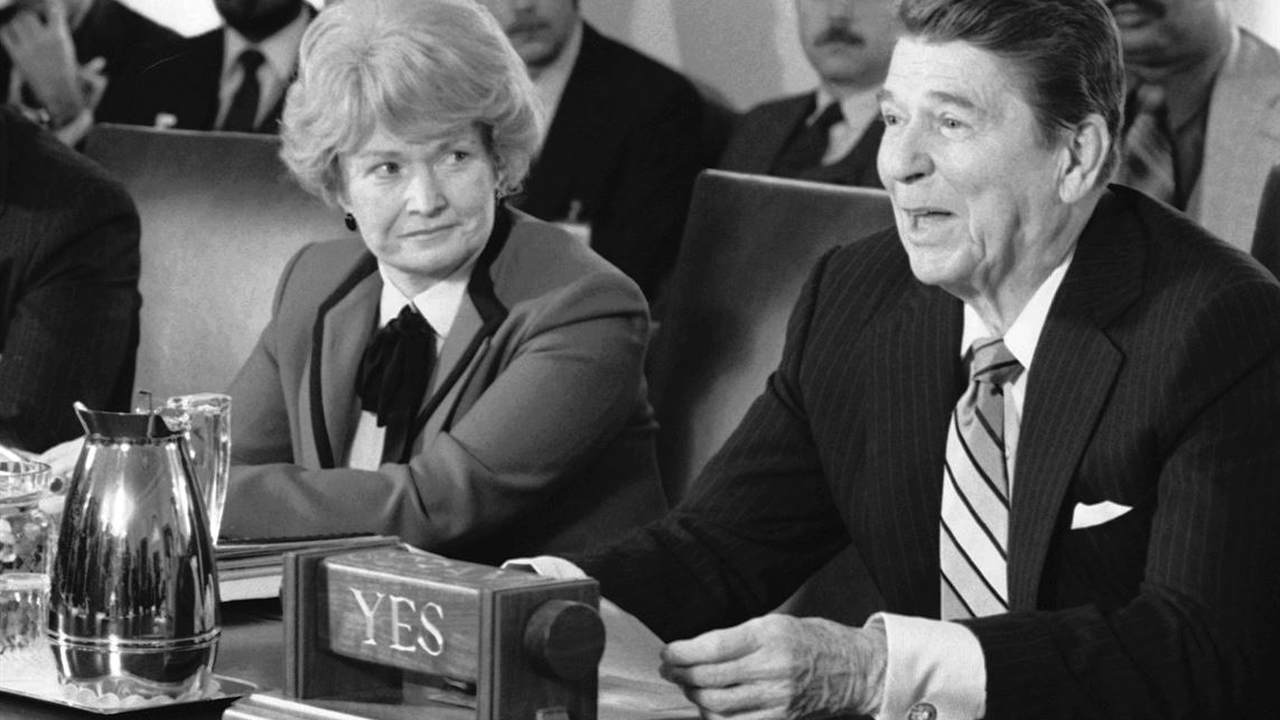 As I wrote before here, the publication is unrecognizable to past subscribers—myself included. What explains its evolution into progressive punditry?

Lately, they’ve been getting clicks for downplaying socialism’s bloody legacy through their Bread and Roses column. More recently, they’ve been engaging in what they accuse their opponents of: a classic case of revisionist history.

The article reads, “Trump is not a foil to Reagan; he is the natural evolution of the GOP’s emphasis on telegenic oppressors.”

It added, “The current president has historically made clear his own admiration for Reagan, and attacks on Trump’s ego seem particularly effective against him. But in doing so, they erase that the “great” America Trump set out to remake with his presidency is the city on Reagan’s hill, shining not with any moral virtue, but with the raging, white-hot, destructive fires of imperialism and capitalism.”

Oh boy. Neither Trump nor Reagan are or were oppressors. With respect to the latter, it’s especially important to document the actual truth about his legacy.

For such an “oppressor,” why did President Reagan restructure our tax code with the Economic Recovery Tax Act of 1981 that led to a revitalized and reinvigorated economy? It goes back to his Inaugural Address and the memorable line, "Government is not the solution to our problem, government is the problem."

For such an “oppressor,” how did President Reagan manage to win his 1984 re-election bid in a landslide? Americans of all political stripes were satisfied with his policies and believed he deserved a second term. Imagine that?

During his two terms in office, President Reagan averaged a 53 percent approval rating—far higher than his predecessors Jimmy Carter, Gerald Ford, and Richard M. Nixon. And after he left office, his standing among the American public vastly improved post-presidency. In a June 2004 Gallup poll, 73 percent of respondents viewed him positively compared to 22 percent of respondents who disapproved of him.

There’s nothing confounding about  The Gipper’s likability across generational and political lines.

President Reagan gave American conservatism a much-needed jolt—the first of its kind since Calvin Coolidge. Not surprisingly, Reagan admired and emulated “Silent Cal” throughout his time in office:

Was Reagan perfect? No, because no one is. But for his time he epitomized greatness, renewed confidence in our citizens, and boldly communicated timeless American values clearly and concisely. He was the right leader at the right time.

Reagan Welcomed My Family, Survivors of Actual Oppression, to America

I never had the pleasure of meeting President Ronald Reagan—he passed away when I was 13—but I’m very grateful to him and his administration for taking my immediate family in after they fled the Soviet Union.

Without the Reagan administration’s dedication to helping dissidents like them, I wouldn’t be here. Even 34 years after their January 1986 arrival, my family remains grateful to be here.

Reagan wasn’t a “telegenic oppressor”—far from it. He was a leader who inspired millions of people domestically and across the globe. Teen Vogue should stick to fashion, not dabble in half-baked progressive conspiracies.