Have You Been “Trumped”?

Fr. Marcel Guarnizo
|
Posted: Feb 05, 2016 11:55 AM
Share   Tweet
The opinions expressed by columnists are their own and do not necessarily represent the views of Townhall.com. 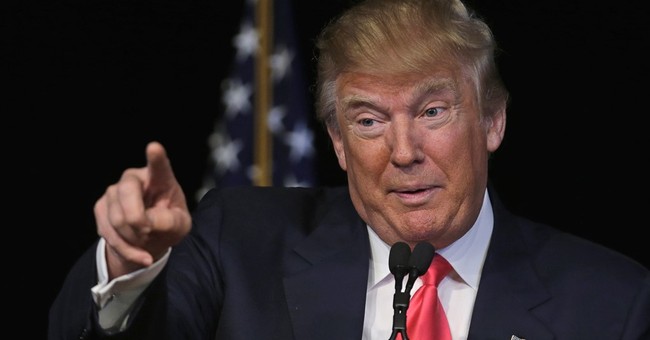 When analyzing the true worth of a potential investment it is critical that the numbers on the balance sheet justify the valuation being given to the investment. The stock market, for instance, has currently been correcting the prices of companies with high valuations to match the real fundamentals behind the numbers. Far too many companies are at present overpriced and over-hyped. Likewise, the political realm could use some sobering up by checking the fundamentals of high-flying candidates against real numbers. Having momentum is not the same thing as having sustainable value and solid numbers.

A real estate developer such as Mr. Trump has a skill that in the present situation is a double-edged sword. As a real estate developer, he can sell. But just what is the real value of what he is selling? Buyers can get caught in the spell of the enthusiastic promises and fail thereby to exercise due diligence and check if the numbers and promises justify the claims.

One such claim that requires a critical analysis is Trump’s claim that he is winning everywhere and that he will easily beat Hillary Clinton or Bernie Sanders. In fact, he brags that his winning streak will be so good that Americans will get tired of winning. Big words and for me, words that send up lots of red flags. Real estate developers love to sell and oversell. But is this all true?

The average of polls offers a distinctly different picture and one that shows that Trump’s fundamentals are anything but solid.

· Trump is the only top tiered candidate that does not beat Hillary Clinton in a head-to-head contest. In fact, the latest Wall Street Journal poll (RCP 1/9-1/13) shows Trump trailing Clinton by 10 points.

· Trump also fails to beat Bernie Sanders. Trump is in fact trailing Bernie by 5 points in a general election. In the latest Wall Street Journal poll, he trails Bernie by 15 points.

· Trump’s numbers also display the worst negative percentages or “highest unfavorable rating” in Gallup’s history of tracking presidential candidates numbers. Trump is not just slightly off possible victorious percentages. He is holding the Gallup historical record for unfavorable marks from voters. Yes he is “winning,” but in the wrong direction.

Trump’s negatives at an astonishing 60 percent are worse than even Hillary Clinton’s (52 percent negative rating) -a campaign that is tanking and is approaching total meltdown mode.

The Numbers Can’t Be Ignored

Recent history illustrates the consequences of ignoring these numbers. Bob Dole, who lost the presidential election in 1996, never rose above 47 percent in his negative percentages. John McCain’s negative rating in 2008 was 44 percent, and he too lost the election. Mitt Romney’s unfavorable rating in 2012 reached a high of 48 percent, and was followed by another defeat.

The Democratic side the picture reveals similar patterns. Al Gore, who also lost, reached a 42 percent negative rating before the 2000 election. Trump is in fact the only candidate in recent history to reach 60 percent negative highs, ever. It seems to me that, at least at this point, Trump is the least viable Republican candidate in the presidential contest. So, if Trump has you believing that he will easily defeat the Democrats, I submit that you are being “Trumped.”

Let’s take a quick look at the rest of the GOP field. Chris Christie’s negatives are currently at 38 percent. Ben Carson’s are at 30 percent, Marco Rubio is at 33 percent, and Senator Ted Cruz is at 37 percent. These numbers are viable for victory in a presidential election. But nearly doubling these negatives, as Trump is doing, puts him in territory where he is anything but a safe bet. His boasting in this regard is analogous to the overhyped stock in the markets. A stock may have momentum and still be a losing bet.

Bernie Sanders currently beats Trump (in the RCP average of polls) by five points. Bernie’s negatives are at a mere 31 percent. When Obama won the election, his negatives topped out at 37 percent. The Trump 60 percent negative rating by voters is off the charts.

Trump’s negatives with Latinos may or may not matter. But to avoid a bad sales pitch, one has to go check the numbers. Real estate developers usually won’t read you the downside of their sales pitch voluntarily. Trump’s negatives according to a Marist poll among Latinos revealed that 55 percent of Latinos hold a “very negative” view of Trump. The “very negative” opinion of Marco Rubio came in at 19 percent. Senator Cruz registered an 11 percent negative opinion among Latinos.

But you would never know this by listening to Trump’s sales job. Trump can read numbers and should stick to his because at present they are a sell, sell, sell, not a buy.

I have publicly defended Trump when he was called a racist for seeking to secure the border. But clearly he is not the only Republican who would protect our border. Governor Christie or Senator Cruz would do the same. I have no doubts that Christie and Cruz have tough law enforcement temperaments. Building a wall is also not something only Trump can do.

Any president who is solid on immigration can build a wall. It is not as if Trump will be paying for the wall. Getting engineers and people to build a wall is not a difficult endeavor if you are the President of the United States. Of course, if you are an amnesty candidate this will not happen. But besides Marco Rubio, who is another infamous deal cutter, Christie, Carson, Cruz and others will undoubtedly be tough on this issue.

In my lifetime, I have been involved in the reconstruction of cathedrals, churches, and other structures destroyed by the communist regime in Russia and elsewhere. Building walls is not rocket science. Building a wall does not require a real estate developer as President of the United States. Real estate developers are a dime a dozen and anyone can hire them.

The art of the deal is what gave us half-baked constitutionalists on the Supreme Court and it was the same deal-making compromises that impeded the defunding of Planned Parenthood even when we had the House and Senate under George W. Bush. The inability to say no to deals has perpetuated Obamacare.

I submit that this deal-making tendency is a symptom of the problem and not the radical solution needed to regain our nation. There are great senators and congressmen serving our nation and there is no dishonor in this; politics is an honorable and most difficult task. It is rather the “deal making,” with the radical left, which continues to supersede the good of the American public that is so detrimental.

A confrontation with the radical left is inevitable if you stand in their way. This is true in the Church and it is true in politics. The enmity caused by a principled stance is easily painted by the half-baked politicians and leaders of our time, as divisive. Yet no great man who made a difference from Reagan to Thatcher to every dissident in the Soviet Union, was considered a friend of the establishment and their oppressive regimes. I had the privilege of meeting Czech President Vaclav Havel, Polish Solidarity leader Lech Walesa, John Paul II, and many others who fought back against the communists and socialists of their time and as a consequence millions reclaimed their country and their political, economic, and cultural liberty. None of these great leaders were warmly embraced by the champions of the status quo.

The radical left will not return to its senses. It will not voluntarily concede the economic, political and cultural freedom they have stolen from this country. It is wishful thinking to believe that a friendly, clever deal, or a series of them, will solve America’s problems. Will the radical left really undo Obamacare, lower our taxes, free business from crippling regulations or play hardball with the Islamist regimes and Iran? Can deal making solve this problem? We have had eight years to ask this question and must conclude that this is not a probable outcome. Therefore, deal making is not the needed remedy. Selling that all that is needed is a deal maker could get us “Trumped” yet again. Many a politician currently in power in Washington excels at the “art” of deal making, but how is that working out for us?

The Deal and Cultural Corruption

Trump is now boasting that he is being embraced by the establishment. But how is that good news?

Look at what happened to Marco Rubio when he was embraced by Schumer and Obama. Deal making is what got us into this hole. Trump was happy to fund Pelosi, Clinton, and the rest of the nefarious characters that all of us have been fighting in the trenches for decades. I will happily take a pass on the deal-making abilities.

Furthermore, Trump thinks he controlled the politicians with his contributions. The fact of the matter is that they were making him pay for the right to play. It was Trump who was being extorted by corrupt politicians and that is not winning in my book. I am amazed that people like Jerry Falwell, Jr. find this commendable, since at Liberty University they are trying to instruct and produce business leaders with an ethical sense. Or is Falwell also cutting deals to secure power and influence?

I conducted business in Russia for many years trying to help rebuild the cultural structures destroyed by the communists in Russia. Before I ever ventured into the former Soviet Union in the early 1990s, I made a commitment never to pay a bribe. It is impossible to help heal a culture of corruption if you are indeed fostering the art of the deal by bribing and doing the bidding of corrupt politicians.

I have also argued that the nature of our crisis is one of fundamentals: a battle for the heart of the Constitution and the foundational principles of our way of life. I have tried to illustrate that what is most needed is a great constitutional mind, not a real estate developer.

In my view, viability in a general election is a real concern with Donald Trump. He would have us believe that he wins hands down but I submit we are simply getting Trumped!