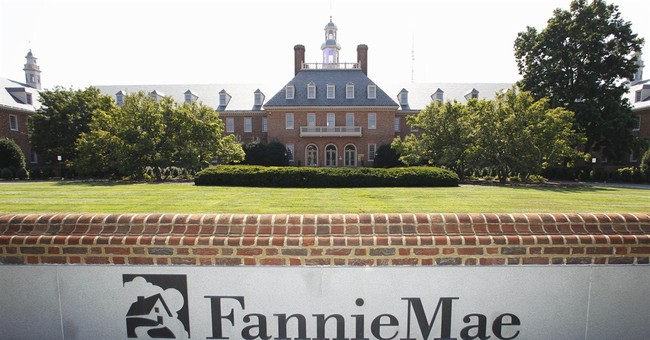 While declaring the gravest national security threats were detected post 9-11, and then closing twenty-one U.S embassies (effectively placing shiny objects to distract the media from the NSA, IRS, & Benghazi scandals), Obama found time while golfing for seven hours to prepare his Fannie and Freddie speech in Arizona on August 6.

From a transcript of the speech: “First, private capital should take a bigger role in the mortgage market.  I know that sounds confusing to folks who call me a socialist — I think I saw some posters there on the way in. (Laughter.)  But I actually believe in the free market.  And just like the health care law that we put in place, Obamacare — (applause) — which, by the way, if you don’t have health insurance or you‘re buying it at exorbitant rates on the individual market, starting on October 1st, you can join a marketplace and be part of a pool that gives you much lower premiums, saves you a lot of money.  (Applause.)” (H/T azcentral.com)

How Alinsky of the president. See how easy it is to fool people without a legitimate media? “I believe in the free market” in one breath, and “Just like the health care law we put in place’ the next breath. Is there a human being alive, who is not socialist, that believes there’s anything ‘free market’ about Obamacare?

Did you catch the “by the way, if you don’t have insurance or you’re paying exorbitant rates” line? Why yes Mr. President we are paying exorbitant rates because premiums have been forced up 23% on average due to the ‘free market’ mandates in Obamacare. Funny, there will be more people without insurance now because the fine is more affordable than your affordable care.

Back to the speech: “But in the same way that what we did with health care was to set up clear rules for insurance companies to protect consumers, make it more affordable, but still built on the private marketplace, I believe that our housing system should operate where there’s a limited government role and private lending should be the backbone of the housing market.  And that includes, by the way, community-based lenders who view their borrowers not as a number, but as a neighbor.  So that’s one principle.”

“Setting up new rules to protect consumers, making it more affordable, but still built on the private marketplace.” In other words; we will order through force of law how an owner must conduct their business, which isn’t socialism because we let them maintain ownership, so when it fails it will be the businesses fault, then we can take it over. The guaranteed path to a government run single payer ’socialist’ health care system.

Here’s the problem, consumers are not protected, it’s not more affordable, and it is not free market. The same fate awaits the housing industry already reeling from the Dodd Frank law and the dictatorial, no constraint or oversight Consumer Financial Protection Bureau (CFPB).

” I believe that our housing system should operate where there’s a limited government role and private lending should be the backbone of the housing market.  And that includes, by the way, community-based lenders who view their borrowers not as a number, but as a neighbor. ”

Really? It’s not too neighborly to impose thousands of pages of new rules on your neighbor. Effectively a bureaucrat will be the ultimate decision maker on whether you will qualify for a home loan. Those evil lenders who view customers as numbers can’t be trusted. Only the government cares for you.

Ever hear of a jumbo shrimp? This is it, the privatizing of Fannie and Freddie but keeping government involved making sure low income people get loans. You can’t have it both ways Mr. President. You can’t privatize the mortgage industry and have direct government involvement.

Regulators checking to make sure prudent lending guidelines are being followed is not the same as enforcing quotas for the percentage of low income loans which was the real culprit for the housing collapse and financial meltdown.

Who really believes that the political plumb of all plumbs, to head Fannie or Freddie, no experience necessary other than a proven record as a good foot soldier for all things Democrat, will be privatized?

Do you remember Franklin Raines? How about J. Timothy Howard? In December 2004, Howard Chief Financial officer and Raines had to step down because they were caught overstating profits by $9 billion. That’s a lot of dollars in today’s Bernanke Zimbabwe dollars.

Seems these gentlemen were paid tens of millions of dollars in bonuses for stellar work by making low income loans more available, can you say subprime, because their bonuses were based upon volume of loans.

Obama will never allow control of these trillions of dollar entities to be transferred to private hands. Too many sugar plumbs to pass out at Ramadan, and too many vote buying dollars to be accessed.

Regrettably this week all we received was another Alinsky, baffle them with BS speech, that the liberals and their media ate up like a corn dog at the state fair. Nothing is going to change other than which corporatist Obama chooses to pretend to take ownership of Fannie and Freddie which will remain firmly under government control.