“Give Truth a Chance” Message Key to 2014 Republican Sweep 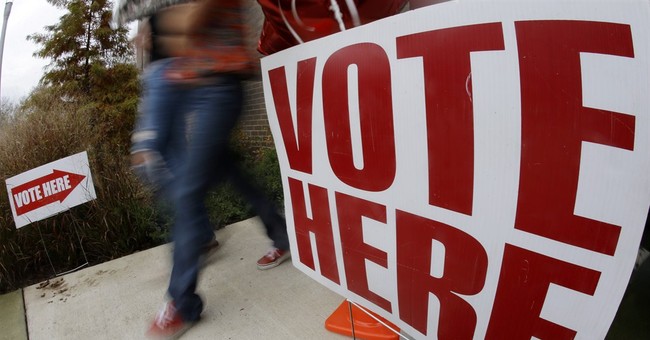 For Republicans, winning enough races next year to take control of the Senate and expand their current majority in the House is suddenly oh so easy.

Democrats are already underwater because of a flood of clear and compelling evidence that Obamacare is an unmitigated disaster. And there’s no end in sight to the rising tide of bad news, which won’t begin to ebb until painfully close to Election Day 2014.

Horrendous as the stories about the damage Obamacare has inflicted upon the individual market have been, certain to be even worse will be news yet-to-come about its damage to both small business plans and large employer plans.

So 2014 will not be a happy new year for any Democratic candidate for Senate or House.

Any hope Democrats have for keeping control of the Senate and avoiding further decline in the House rests entirely on being able to sucker Republicans into joining with them in a bi-partisan effort to postpone Obamacare as presently constituted until after the 2014 elections to help voters forget all the lies, all the sleaze, all the mind-boggling ineptitude -- or else get Republicans to act as if the truly big difference now is merely over which side is better at tricking voters into believing it has the better “fix” for the broken “If you like, you can keep” scam.

What gives Democrats any hope that Republicans could possibly be dimwitted enough to march into obvious traps? A whole lot of recent history.

Republicans need to adopt a “Give Truth a Chance” strategy. Start treating the American people as adults and be completely honest with them. They now realize they’ve been conned – and they know whom to blame.

Level with the American people: there is no quick and easy panacea “fix” for putting back together that Humpty Dumpty “If you like it, you can keep it” promise; that these so-called solutions are just an attempt to create cover for politicians to hide behind; that it’s merely a mindless approach of pretending to solve problems by creating more and worse problems, an open invitation for prolonged, very costly lawsuits, a guarantee of continuing chaos; that it’s just a way for the President and Democrats to try to deflect blame onto the insurance industry for what they themselves brought upon us.

Truth is, this Obamacare mess is going to get worse before it gets…even still worse! Nothing can change this except repeal or postponement. Illusory “fixes” merely compound the fraud. Republicans need to state such truths clearly, loudly and repeatedly. They must relentlessly demonstrate trustworthiness.

The onus for cleaning up this colossal mistake/mess Democrats inflicted upon the country lies squarely on them. Not a single Republican in Congress voted for it; Republicans have repeatedly tried to spare the country from it; Democrats rammed it through without bothering to read, let alone understand, what they were doing. Republicans must demand that Democrats tell the country what, if any, genuine legislative corrections they have for the blatant flaws of Obamacare that can be enacted before still more disaster strikes when it hits its next important deadline New Year’s Day.

Truth is, that’s impossible. So the most sensible course is swift repeal; the next option is postponement. Republicans should demand that Democrats join with them in facing up to this truth.

The Republican position should be that if the President and Congressional Democrats refuse to accept the reality that the wisest course is to go back to the drawing board, then Republicans will either:

a)Simply step aside; wait for the full Obamacare hurricane to strike the land come January 1st; then sit back and watch the Democrats flounder further trying to cope with the impossible burden of the full force and fury of the very Obamacare monster they told America we would just love when we got to know it; or

b) Insist that any postponement provide the American people an iron-clad guarantee that Obamacare cannot return without inclusion of certain basic reforms to restore fairness, curb abuse and help reduce health care costs. Such as:

Simple. Easy for most voters to understand and remember. And very, very difficult for the President and Congressional Democrats or anyone else to credibly discredit.

Getting the country to focus on these reforms that Republicans have long advocated effectively refutes the false claim that they have never offered alternative ideas.

While pledging that they will both work to assist Americans who have suffered injury due to this government-run fraud and in the months to come advance still more specific proposals for improving health care in a manner that keeps government involvement to a minimum -- such as health care savings accounts -- Republicans should promptly draw up legislation along this line; invite Democrats to join them in supporting it; pass it in the House; and have all Senate Republicans publicly commit to supporting it; Then stand firm and never waiver.

And if the Democrats block it? That would make their current problems pale in comparison. What Democratic candidate would want to have to try to convince voters that it was better not to postpone a continuing onslaught of Obamacare confusion and chaos in order to avoid these particular reform corrections that polls show to be overwhelmingly popular with the American people?

Republicans should say that whether Obamacare is repealed or merely postponed in the manner they are insisting, they stand ready to work with the President and Congressional Democrats on additional improvements – but insist that this time it all be above board.

Barack Obama repeatedly promised that his approach to health care changes would be “not negotiating behind closed doors but bringing all parties together and broadcasting those negotiations on C-SPAN so that the American people can see what the choices are.” And he repeatedly promised he would never sign a bill without the public having five days to examine it on-line “so that you know what your government is doing.” Republicans should now repeatedly publicly tell President Obama that they like these promises of his -- and ask him if he can keep them.

Democrats would squirm as Republicans cast themselves as the champions of fairness: Democrats refuse, but Republicans demand that if ordinary Americans have to live under Obamacare, then so, too, do Members of Congress, their staffs, White House personnel and certain union members and certain other politically well-connected groups that have been given a pass. Polls show 90% of Americans support this demand.

Medical malpractice law suit reform and allowing shopping across state lines for health insurance are also powerfully appealing positive proposals that Democrats would find next to impossible to fight back against.

If Democrats bow to public pressure and accept such a postponement with these reforms guaranteed, the country will never see Obamacare of the type Democrats had hoped to impose upon us -- yet Democrats still head into the 2014 congressional elections hopelessly on the defensive, begging mercy from voters who just can’t wait to settle a score with them.

If they refuse, and if Republicans opt for straightforward truth-telling and hold firm, it’s even worse for the Democrats – a campaign that is almost exclusively a referendum on their defense of the indefensible.

Democrats cannot win this one.

All Republicans need do is overcome their proclivity for heeding the advice of those who want them to fail, declare “Enough is Enough,” dig in, stand firm, and relentlessly follow a “Give Truth a Chance” strategy.