Trump vs. The Deep State: Who Will Win?

Frank Cannon
|
Posted: Jan 27, 2018 12:01 AM
Share   Tweet
The opinions expressed by columnists are their own and do not necessarily represent the views of Townhall.com. 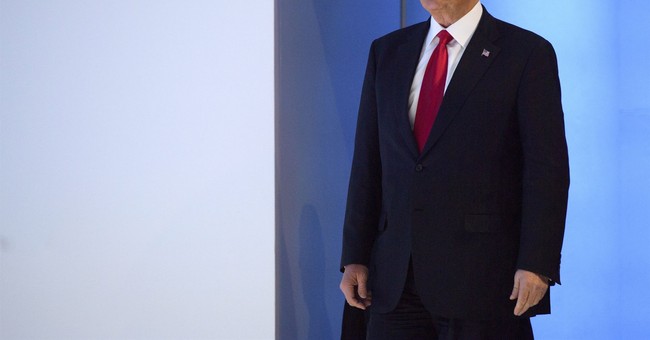 The slow drip of news from the Mueller investigation has grown into a waterfall as of late, briefly placating the insatiable appetite of a mainstream media desperate to take down the president of the United States by any means possible.

Reports suggest that several Trump administration officials have been interviewed by Special Counsel Robert Mueller in recent days and that an interview with the president himself may occur imminently, fueling unbridled speculation about what kinds of charges could be leveled against him. Meanwhile, the FBI and Department of Justice have also been in the spotlight – albeit, for a news media that claims to be objective and honest, an embarrassingly far dimmer spotlight – as more information has emerged regarding missing text messages between agents and a memo allegedly showing abuses of FISA warrants.

It’s not a coincidence that all of these stories are coming out at the same time.

What we are likely witnessing are the closing moments of a death struggle which began during the last months of the 2016 campaign – a struggle over America’s very constitutional order.

On the one side is Trump, the duly-elected president of the United States sent to Washington by American voters to fulfill his campaign promise to “drain the swamp” and return power over government to the people and their elected officials. On the other side is the so-called “deep state,” the lifetime members of institutions such as the FBI and DOJ – as well as the elites in the mainstream media and political establishment who support them – who have from the beginning seen Trump as a threat to stable government and America’s influence in the world.

The stakes of this struggle could not be higher. A victory by Trump would prove that, despite the ingrained power of the deep state, the president still has ultimate authority over the executive branch – and, most importantly, the ability to dismantle parts of that branch which have slowly grown unaccountable. However, if the deep state prevails, it will discourage any future president from challenging them, setting a precedent in which all future elected leaders are forced to play by the rules set for them by the elite members of government and the media.

President Trump has dared to question those rules, and he has done so brazenly, drawing the ire of those who oppose him. From the beginning of his presidential campaign through his first year in office, he has shown a willingness to fight where no previous political leader has – taking on the media for its unfair treatment of conservatives, calling out influential entertainment and sports figures for their outward contempt for American values, and beginning the process of reining in the out-of-control administrative behemoth in Washington. For these crimes and others, those in the deep state and their allies have conspired to undermine and delegitimize Trump at every turn – a conspiracy which is now very close to being revealed.

It’s no wonder then that Mueller and his investigation are now hurrying to reach a conclusion. The credibility of their campaign against Trump is on the line, and a failure to connect the president to any kind of malfeasance may very well result in the destruction of their apparent invincibility.

Regardless of Mueller’s next moves, however, the winners and losers of this struggle will ultimately not be determined by him or anyone else in government; instead, they will be determined by the American people. The question before America is this: Will we continue to tolerate the existence of a “deep state” system which ensures the men and women voters elect are unable to enact any meaningful change in Washington? Or will we support a President who, despite his flaws, provides perhaps the most promising possibility of destroying that system and returning power to the voters?

Either way, if this week’s news is any indication, the outcome will soon become clear.

Frank Cannon is the president of American Principles Project.