Congress Should Pump the Brakes on Gas Tax Hike 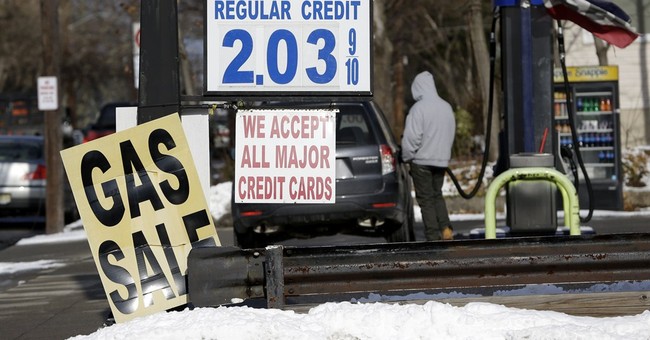 While few Americans were fortunate enough to see a holiday bonus this year, there is one gift that American motorists have been enjoying of late; lower gas prices. Currently sitting at more than a dollar below the average price last year, U.S. drivers are projected to save somewhere between $380 and $750 dollars during 2015 if the prices hold. While wages have remained stubbornly flat for most workers, gas prices have provided a rare glimmer of hope for American workers, who have been struggling with an anemic job market, labor participation rates not seen since the 1970s, and median family incomes that have dwindled to mid-1990’s levels. But if Washington politicians have their way, this brief reprieve from the disastrous economic conditions of the last six years may be very short lived.

That’s because Uncle Sam is already looking to take his cut of this unexpected holiday surprise. Despite the resounding message against higher taxes and bigger government that voters delivered in November, a smattering of politicians and Washington, DC luminaries are already signaling their openness to raising gasoline taxes – some by as much as $1 a gallon. Supporters claim increased taxes are necessary to repair our crumbling highways and bridges – but it begs the question: What are politicians doing with the billions in gas taxes that motorists are already pumping into the federal treasury? Despite politician’s claims that we don’t have enough to fill our potholes and shore up decades old roadways, highway trust fund spending has increased steadily since the program’s inception, even accounting for inflation. Furthermore, federal and state governments have blown billions of gas tax dollars on projects that have nothing to do with roads. Such dubious examples include $112,000 for a white- squirrel sanctuary in 2011 as well as a million dollar bus stop in Arlington, Virginia. Overall, it’s estimated that one third of the funds collected by the federal gas tax are spent on “off road” projects. Spending the funds collected by the gas tax for the express purpose of highways would make the Highway Trust Fund 98 percent funded over the next 10 years.

Despite this wasteful and extravagant spending, some tone-deaf politicians and opinion leaders remain undeterred in promoting this misguided tax hike. Moreover, when gas prices were 4 dollars a gallon, however many were signing a different tune. As recently as 2008, for example, such high profile politicians as Hillary Clinton and John McCain were calling for a temporary reprieve of gas taxes to help those hardest hit by the economic collapse. Gas prices by nature are driven by global supply and demand which, as history has proven, can fluctuate dramatically. Will the same politicians now calling for a tax increase today be clamoring for a gas tax break if and when prices spike? For too long Washington has continued to push a tax-and-spend agenda rather than making tough choices, or demanding that our tax dollars are spent more efficiently. Billions in gas tax revenues, for example, are wasted on transit projects that don’t benefit those who pay the gas tax at all. Worse, despite claims that these expensive rail “investments” will reduce traffic simply don’t hold water. In fact, according to the Census Bureau, more Americans walk to work each day than ride trains – meaning it would actually make more sense for Congress to subsidize tennis shoes than train service.

Instead of talking about ways to provide more “free” benefits and new government programs that Americans don’t need and can’t afford-- or soul-searching about whether to raise the gas tax-- politicians on both sides of the aisle should do what voters elected them to do in November: seek solutions that will ease the tax and regulatory burdens that are hamstringing economic growth and job creation, put an end to wasteful Washington spending, and start making the same kind of tough spending decisions that families and businesses make every day.