Maybe Our Democracy Is OK

Erick Erickson
|
Posted: Aug 05, 2022 12:01 AM
Share   Tweet
The opinions expressed by columnists are their own and do not necessarily represent the views of Townhall.com. 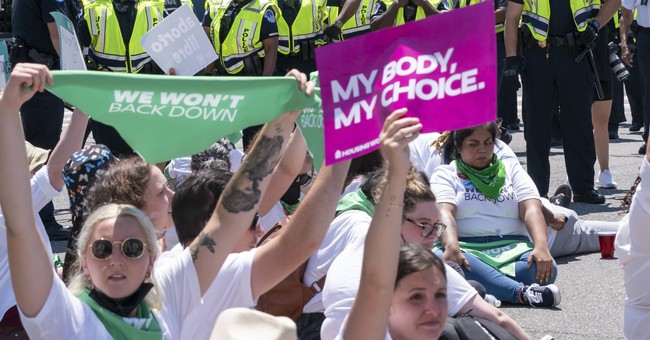 On Tuesday night in Kansas, a bipartisan group of voters overwhelmingly rejected an amendment to the state constitution that would strip abortion protections from that state's constitution. The Democratic Party and the Democrats' propaganda arm known as the American political press were giddy. It was in their estimation a triumphant display of democracy.

The same Tuesday night, John Gibbs beat Rep. Peter Meijer in the Republican primary in Michigan's third congressional district. Meijer is a freshman congressman. In his first month on the job in 2021, Meijer voted to impeach then-President Donald Trump, earning Trump's wrath. In August of his first year in office, Meijer, a veteran, sneaked into Afghanistan against the wishes of the Biden administration and gave firsthand reporting on how disastrous the withdrawal was going.

During the primary, Democrats funded Gibbs. Gibbs had Trump's endorsement and a $5,000 check from Trump, but Democrats spent more promoting Gibbs than Gibbs spent. Gibbs is an election conspiracist who believes the November 2020 presidential election was stolen. He is one of those Republican candidates the Democrats call "ultra-MAGA" and claim are a threat to our democracy. He won thanks to the Democrats' campaign to promote him.

Gibbs is actually one of several Republicans who Democrats have helped. He just might win his race given the present economy. In Pennsylvania, Democrats also spent money to bolster the Republican Party's current gubernatorial nominee. The candidate, Doug Mastriano, is running far closer to the Democrat than Democrats like. Mastriano, like Gibbs, believes the 2020 election was stolen.

For a party so invested in claiming our democracy is threatened, Democrats have spent a lot of money funding candidates they say threaten our democracy. That gets me back to Kansas.

There, voters rejected a pro-life amendment to the Kansas constitution. The amendment was, in fact, terribly worded. Voters were asked to vote on an amendment that read, "Because Kansans value both women and children, the constitution of the state of Kansas does not require government funding of abortion and does not create or secure a right to abortion. To the extent permitted by the Constitution of the United States, the people, through their elected state representatives and state senators, may pass laws regarding abortion, including, but not limited to, laws that account for circumstances of pregnancy resulting from rape or incest, or circumstances of necessity to save the life of the mother."

A pro-life voter not plugged in could have easily interpreted the language as adding an abortion right to the constitution because the first sentence read "the constitution of the state of Kansas ...does not create or secure a right to abortion" and the second sentence read "the people, through their elected state representatives and state senators, may pass laws regarding abortion." It could confuse normal people who do not speak legalese. The pro-life crowd lost, and Democrats cheered democracy.

Ironically, the loss proves that the predicted horrors of the Dobbs v. Jackson Women's Health Organization case are not real. All the pro-life movement wanted is exactly what Kansas was able to do, i.e., let the democratic process determine abortion. Without ending Roe v. Wade, the Supreme Court had precluded the pro-life side from even being able to begin a democratic effort. The pro-abortion side won the argument in Kansas, but they only did so because the pro-life side won the ability to make its case. The Kansas Republicans just really screwed up their own amendment.

American democracy, perhaps, is not in peril. It is increasingly obvious to even casual political observers that Democrats do not think it is really imperiled. They fund the very candidates they claim are threats to democracy. Democrats just think any argument their side does not win is a de facto threat to American democracy.