Erick Erickson
|
Posted: May 08, 2020 12:01 AM
Share   Tweet
The opinions expressed by columnists are their own and do not necessarily represent the views of Townhall.com. 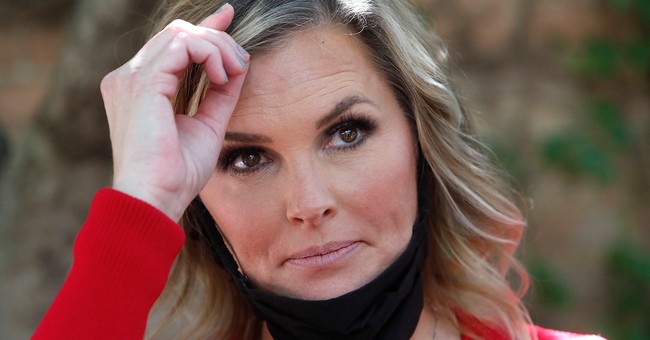 Shelley Luther is a small-business owner of a hair salon in Dallas. Struggling to make ends meet, Luther defied her local government and reopened her hair salon. She was fined, and she persisted. A court then found her in contempt for defying local orders and sent her to jail. On Thursday, the Texas Supreme Court ordered her released. It should have never gotten that far. Luther should not have gone to jail for opening her hair salon. It is a remarkable overreach against a woman struggling to get by and take care of her family.

Also, Luther should not have reopened her business.

For the past two months, I have been paying for haircuts that I did not get. I have sent extra money to my barbershop to help some of the younger barbers who do not have a lot of clients. Not everyone is in a position to do that. Many people cannot. But some could and chose not to until after Luther made her stand.

I am afraid we have lost the ability to see the nuance in so much of this. Overbearing local officials need to show a level of restraint so people do not willfully ignore the law. But people need to respect the rule of law.

The argument used by Luther is the same argument used by many illegal aliens who cross into this country. They just want to work to feed their families. Many of Luther's defenders are undoubtedly opposed to illegal immigrants doing so. They can see the benefits of citizenship, but that only goes so far. Both are disrespecting the rule of law.

One can argue about the justice of the laws, but everyone can question any law they do not like. Also, the very same people who are happy the government rounded up Luther will defend illegal aliens. The sides are still divided, but the roles are reversed.

Scripture tells us to honor the law and that breaking any law is a sin, unless the law itself violates God's law. It was not sinful for Martin Luther King Jr. and civil rights activists to defy laws that treated people differently based on the color of their skin. God is colorblind. Justice must be.

But during a pandemic, it is within the rights of the government to order some businesses closed. Christians should honor those laws, including Luther, whose business, like all other hair salons in the area, had to close. The government had the legitimate, lawful and just ability to do that to stop a virus from spreading, and people of faith must honor the law.

Be outraged at the government for wanting to jail a woman during a pandemic whose only crime is trying to survive. There is a level of hypocrisy in the enforcement. Fine her, and close her shop, but putting her in jail is nuts. Couple justice with mercy. Let's also be outraged at the government for not helping her while she was closed. The Payroll Protection Program has been botched all around. Congress and the state and local governments have spent much time focused on the Fortune 500's lobbyists that they ignored the men and women who had no lobbyist.

There have been failures all around. The situation on all sides is complicated and requires far more sympathy than many people want to give. What we should give is grace -- grace to a government trying to navigate a pandemic and grace to the small-business owner trying to survive.

What we have in Dallas is a failure, but it is a failure on all sides and one that is increasingly politicized. The rule of law needs to be respected, even the ones you don't like. But that does not mean the enforcers of the law need to be aggressive about enforcement. It also does not mean we need to cheer one side or the other when both have merit to their argument and both should have acted differently.