Erick Erickson
|
Posted: Feb 22, 2019 12:01 AM
Share   Tweet
The opinions expressed by columnists are their own and do not necessarily represent the views of Townhall.com. 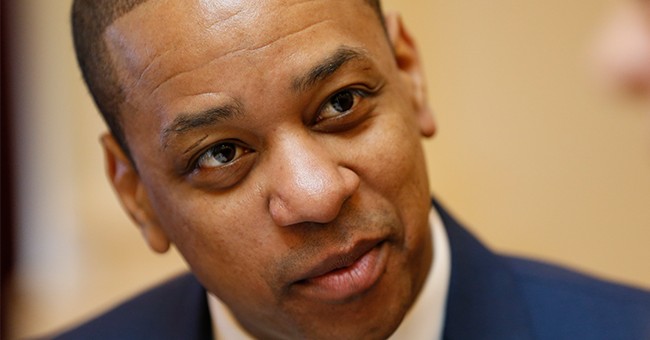 A family invited a traveling evangelist to stay in their home. (He was preaching at the family's church.) As the parents slept, the evangelist allegedly raped their 14-year-old daughter. Five years later, the man has still not faced a jury of his peers. The 14-year-old is now 19. She is in weekly therapy and can get no closure. She must hang on to the memories. She must make sure she remembers because she hopes one day the man she says raped her will finally meet justice.

A woman struggles to remember. She is one in a line of women who dated the wrong man. He allegedly beat her badly as he beat others before her. She must remember the details, and she knows her memory is going foggy as time passes by. The man is facing 20 years in prison, but like the evangelist, he has ensured his case will not go before a jury.

Both of these men and many others have hired David Ralston, the speaker of the Georgia House of Representatives, to be their lawyer. One admitted he paid Ralston $20,000 to just keep delaying his trial. Ralston, as speaker, can get any case of his continued, and no judge can stop him. He has done this repeatedly for years as victims' memories fade and justice is delayed.

This is a story ripe for national media attention. It is a story of a politician abusing his power. There are multiple female victims waiting for justice. There is even one criminal defendant who admits he paid the speaker to stop his case from proceeding. It is happening in a swing state where Republicans are at risk of losing power.

Contrast that story with one that did go national. A newspaper publisher in Alabama who had once won several journalism awards has called for the return of the KKK. National news outlets blasted the publisher, deservedly so. But is it really that big of a story?

Consider the Jussie Smollett story. Having received a death threat in the mail, Smollett was beaten up by Trump supporters on a street in Chicago. The media covered this story for days. ABC News gave a sympathetic hearing to Smollett, letting him amplify what happened and letting him blame Trump supporters. Except we now know it didn't happen that way. Smollett is now the leading suspect in his own hate crime. The media that rushed to make this a national story fled the story as soon as it stopped working against President Trump and his supporters.

Local and state political stories deserve national coverage at times. Americans are more and more dependent on national outlets to cover local stories. But national outlets tend to be more focused on narratives than facts. National reporters have a greater propensity to run in a herd while living in a bubble.

The speaker of the Georgia House is a Republican, but he retains his power with the help of Democrats in the state House. In fact, it is Republicans calling for Ralston to resign. The Democrats are perfectly happy keeping him because the alternative would be more conservative. But the Democrats will undoubtedly use the issue in 2020 to pick off Republican seats in the state Legislature. Then it will become a national story.

In fact, it seems the best way to turn a local story into a national story is to find a way to make the president or his supporters look bad. The fallback is to make the story about racial animosity. That may help a political narrative national reporters love, but it does a real disservice to news consumers and victims of real exploitation and abuse.