This Is Not a Constitutional Crisis

Erick Erickson
|
Posted: Sep 07, 2018 12:01 AM
Share   Tweet
The opinions expressed by columnists are their own and do not necessarily represent the views of Townhall.com. 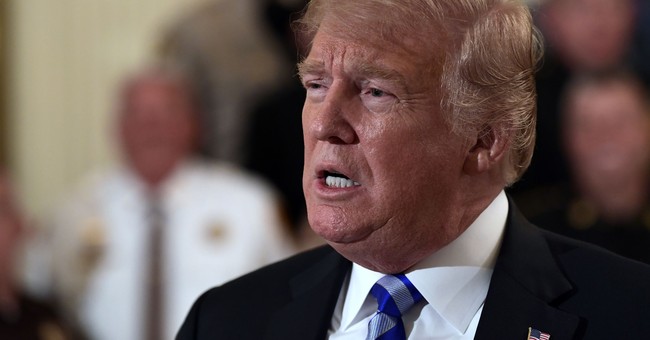 On Wednesday, The New York Times released a piece by a "senior official" in the Trump White House. Do not let "senior" fool you. This could be a deputy-level staffer, an undersecretary or someone else at a lower level than chief of staff, vice president and Cabinet secretary. Many junior staffers have "senior" in their titles. This may be someone we have never heard of. It could be the chief of staff. None of us knows, though I suspect that this person will soon be revealed. In fact, the piece reads like the swan song of a burned-out politico ready to reveal and rehabilitate himself.

The president's advisers all swore to uphold, protect and defend the Constitution of the United States of America. Throwing out the lawfully elected president would violate that oath. Working tirelessly to make sure the president does not stray from his own oath is keeping their oath.

There is, however, a point that must be made that may be unpleasant for some, and they will struggle mightily. What the writer of the piece in the Times describes and what the people in Bob Woodward's new book describe is, in fact, reality. You can pretend otherwise, but these stories have been consistent since before the president set foot in the White House. You can call these people disloyal or traitors, but the reality is the American people elected a walking temper tantrum in response to their outrage over a political class that had ignored them. This is the logical outcome of the voters' temper tantrum.

Before we stop there, let's also point out that neither the Republican nor the Democratic establishment could stop Donald Trump and the voter temper tantrum. Perhaps politicians should be a bit more introspective about why voters threw a temper tantrum in the first place. Screaming "they're racist" is baloney and does not even begin to address what really happened in 2016.

The Trump voter reaction to this is to think it is not true, wave it all away, decide they don't care or conclude there really is a deep-state coup against the president. I really do wonder whether the president's base would have treated this with a bit more credibility if the media had not been 100 percent hostile to the president from day one and so focused on scandal from day one. Many of the pundits and reporters screaming about a constitutional crisis have been screaming about a constitutional crisis since before the inauguration, when they were trying to get the Electoral College to reject the will of the people. They have cried wolf so much that it is hard to get anyone to believe them now.

There is a great deal unknown about this piece that sent Washington into a frenzy this past week, but there is one thing we can know. The president now has confirmation in multiple media outlets that there are those within his White House working to stop him. He is bound to grow more paranoid over this, and we will all be worse off because of it.