Quid est Veritas?: What Is Truth?

Erick Erickson
|
Posted: Nov 16, 2017 11:28 PM
Share   Tweet
The opinions expressed by columnists are their own and do not necessarily represent the views of Townhall.com. 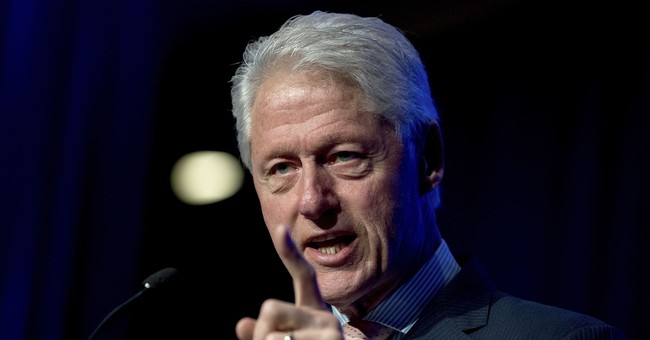 "Quid est veritas?" Pontius Pilate asked Jesus of Nazareth. What is truth? It is in short supply in the 21st century. Western civilization is not really in decline, as many fret. It is reverting to its Greco-Roman pre-Christian norms.

In the Roman Empire, the vast majority of the wealth was held by the top two percent. Gnosticism was on the rise with a logically incoherent world view that echoed Christianity and promoted androgyny. "Science said" became all the rage even then. People gave lip service to the gods, but it was mostly for show. We are going full circle.

Nowadays every cultural-sociological movement has a medical doctor and a scientist with a Ph.D. to form the basis of their claims. There are doctors who promote the idea that vaccines cause autism. There are scientists claiming having children is "scientifically proven" to harm the environment so smaller families are a moral obligation. Some doctors will tell you life does not begin until a child exits a womb. Others will tell you that it is scientifically possible for a boy to become a girl. We are even told that though we might pick whether we are a boy or girl, we are born heterosexual or homosexual.

Language then tracks the political consensus of the scientific community. And it is a political consensus. Secular liberals have worked very hard to co-opt cultural institutions so that, regardless of truth, science reflects opinion instead of the other way around. The two-parent heterosexual nuclear household may be, for thousands of years, the most stable way in which to raise kids, but get a bunch of liberal sociologists masquerading as scientists together in a room and soon they'll tell you science says the two-parent heterosexual nuclear household is bigotry, white supremacy and part of the patriarchy.

The Associated Press has gotten in on this game. The opposite sex's pronouns or new ones can now be used to describe people. A single person can talk about himself in the plural sense to reject the conformity of language. One boy can be they and a girl can be he or even ze instead of she. Likewise, Caitlyn Jenner always was and Bruce never was because in the mind-numbing logic of "gender conformity," Caitlyn was always there just waiting to be revealed.

Truth no longer matters because truth can be whatever one wants. This is a disease of society that started in our culture and floated downstream into our politics. In the 90s, conservatives screamed that character mattered as they tried to impeach Bill Clinton for a lie under oath. The lying under oath, for which Clinton lost his law license, is overshadowed by his affair with a White House intern. In the 90s, feminists praised Bill Clinton and Monica Lewinsky was declared an empowered female. Conservatives who said Lewinsky was a victim were shouted down by prominent feminists who said they would have gladly performed the same sex act on the president in appreciation for what he did for feminists.

Now, decades later, many of the people who promoted the Clintons are throwing them under the bus. Bill is an abuser and Hillary his apologist. It is a sign the Clinton power is at an end. One could hardly imagine this change of heart from the left if Hillary had been elected. But the right is not spared the cultural rot. They served as apologists for a man caught on video bragging that famous men could grab women inappropriately among other terrible things he said and did. They excuse their own behavior by pointing to liberals defending Clinton. Only now is the left throwing Clinton aside to provide legitimacy in their attacks against Roy Moore. Conservatives demand everyone believe Juanita Broderick, Paula Jones, and Kathleen Willey, but they dismiss all of Roy Moore's accusers.

Truth has, it would seem, given way to tribe. But truth has a way of reasserting itself. Pontius Pilate asked what was truth, and that truth died on a cross only to conquer death. It is that truth that will one day come calling against asking not what is truth, but what have we done?