Erick Erickson
|
Posted: Aug 04, 2017 12:20 AM
Share   Tweet
The opinions expressed by columnists are their own and do not necessarily represent the views of Townhall.com. 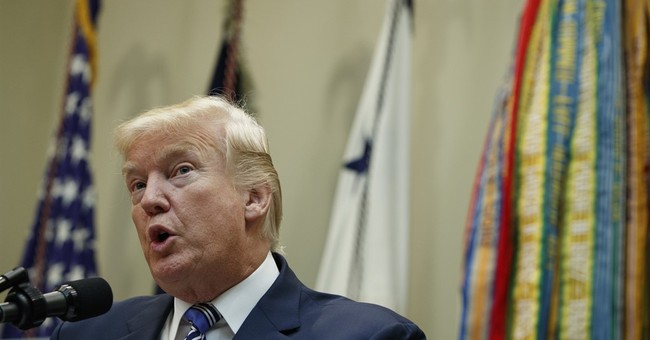 It seems ages ago, but in reality, it has only been a little over six months since Chief Justice John Roberts administered the oath of office to Donald J. Trump. His first term is not even a year old, but he is on the third big change in his White House.

First President Trump hired Reince Priebus to be his chief of staff but began undermining Priebus' authority out of the gate. Virtually any member of the senior White House staff could bypass Priebus and go straight to the president. Many of them did. On more than one occasion, staff provided the president with online articles that were not true. They caused the president to go off on various tangents.

Then the president hired Anthony Scaramucci to shake up the communications team. That led to Sean Spicer's departure as press secretary and then Priebus' departure. Multiple press reports have noted the president, contrary to his reputation, really does not like to fire people. Instead, he prefers to make their lives miserable so they take a hint and quit. Scaramucci's role was to make Priebus' life difficult, and he excelled at that.

But Scaramucci overstepped his bounds with a ridiculous tirade to a reporter. That led to his departure as Homeland Security Secretary John Kelly moved in to the chief of staff's office, marking the third big change.

Kelly is a completely different creature than Priebus or Scaramucci. He is not a slick New Yorker behaving obnoxiously. Nor is he a party man loyally serving a president to benefit his party. Kelly was a Marine general. He respects the chain of command and, in large part, is a chain of command. He can instill fear and impose discipline. He is what President Trump needs.

No one should kid himself. Donald Trump is 71 years old. He is not going to give up old habits or bad habits. But he does have the potential to moderate them with direction from someone he respects. He clearly respects Gen. Kelly. No one should expect the president to give up his Twitter habit, but perhaps we can expect him not to cause himself so many self-inflicted wounds via Twitter. Perhaps we will no longer see him undermine the entire White House message of the day through a careless tweet.

To be sure, the president's Twitter habit can be a great asset. He can force the media to alter the news of the day via 140 characters on Twitter. He can shape the White House message and bypass major media outlets to reach millions of Americans. But, to quote Spider-Man's uncle Ben, with great power comes great responsibility. President Trump has used his Twitter powers recklessly and irresponsibly. Perhaps Kelly can focus the president on using Twitter to steer and push along a compelling White House message.

Many on the left and an increasing number of people in the center and on the right have already written off the Trump administration. More than one pundit has declared it over, some before it even began. They forget history. Every administration has a rocky start. Every president must develop sea legs as part of his on-the-job training. This president is no different. This presidency is extraordinarily unusual in American history, and we can be sure the mistakes made will be unique. But we should be careful writing off an administration because of our own views of the president.

We are six months into a four-year presidential term. Judges are being added to the judicial branch. Regulations are being promulgated. Decisions are being made. One writes off the Trump presidency at one's peril. Like it or not, Donald Trump is president and will be so tomorrow, the next day and the day after that -- and the year after next, as well.