The Hue and Cry Is Tiring

Erick Erickson
|
Posted: Mar 17, 2017 12:01 AM
Share   Tweet
The opinions expressed by columnists are their own and do not necessarily represent the views of Townhall.com. 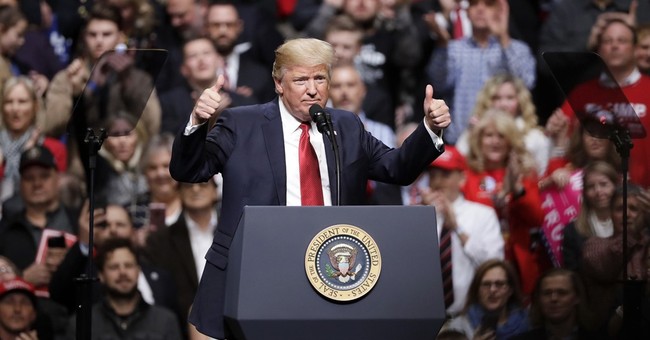 The website BuzzFeed recently ran an article that a liberal activist paid for documents that showed Exxon-Mobil had paid money to the Trump Organization through a third party to ensure Rex Tillerson became Secretary of State. The documents were forged. The story is nonsense. But many on the left were willing to believe because they want to believe.

If President Trump blinks, protestors take to the street. If he yawns, a Starbucks goes up in flames by outraged anarchists. If he tweets, progressive activists burn trashcans and hurl them onto interstates blocking rush hour. There is nothing the president can do to avoid the leftwing outrage. It is exhausting just observing it.

The latest outrage is President Trump's budget. He would like to see eighteen federal agencies abolished, saving over $3 billion. Among those agencies would be the Corporation for Public Broadcasting. Immediately, progressive activists took up the cause of Big Bird. President Trump, according to the activists, would mount Big Bird's head on a wall. Pay no attention to the fact that Big Bird is now on HBO, a for profit endeavor.

While President Trump's budget could use entitlement reforms to help it balance, it is a step in the right direction. It increases military spending, which is badly needed. It decreases domestic spending and ends the duplication of federal services. But President Trump wants to curtail the Meals on Wheels program. The progressive outrage over this is to declare the budget "not Christian."

Let us leave aside the humor of people who demand Christians bake cakes for same-sex weddings claiming a budget cut is anti-Christian. What is amazing is that the left thinks only the federal government can feed the elderly and poor and it is somehow an immoral act to suggest otherwise. When government becomes your religion, your arguments take on the character of religious zeal.

Meals on Wheels and other programs targeted for elimination are good programs that benefit people in need. But there is no evidence that such programs cannot be responsibly handled by non-profits and local communities. Christians, in fact, are admonished throughout the Bible to take care of widows, orphans, refugees and the poor. Thanks to an ever-expanding federal government, many Christians have abdicated personal responsibility for that care to the federal government. Churches were given a way out of needing strong social programs because the government took them over.

As a result, people became less dependent on local churches and their local community in general. Whether cause or correlation, there is no real dispute that as American society becomes increasingly secular, families break down, vitriol in the public square increases and society destabilizes.

President Trump's budget challenges the status quo, which voters in November clearly indicated they wanted challenged. His elimination of programs and eradication of duplicate services is not intended to write off the poor and needy, but to try something new and different. The vitriol has more to do with money than honest complaints. Favored programs are being cut. Planned Parenthood, the high priests of the secular left's chief sacrament, abortion, cannot be deprived of money. We are not allowed to try anything different.

The left will object no matter what. The substance of their objections amount to "we lost and we were convinced we would never lose again." The real problems for Donald Trump and his budget are coming from congressional Republicans.

If the framework of this budget cannot make it through a Republican congress, no balanced budget ever will. And if no balanced budget can make it through congress, we will one day soon face economic and financial catastrophe. For eight years, Washington politicians behaved like the debt and deficits do not matter. Now they have an Administration that believes both matter and the status quo does nothing but complain.