The Rise of Cheeto Jesus

Erick Erickson
|
Posted: Jul 22, 2016 3:00 PM
Share   Tweet
The opinions expressed by columnists are their own and do not necessarily represent the views of Townhall.com. 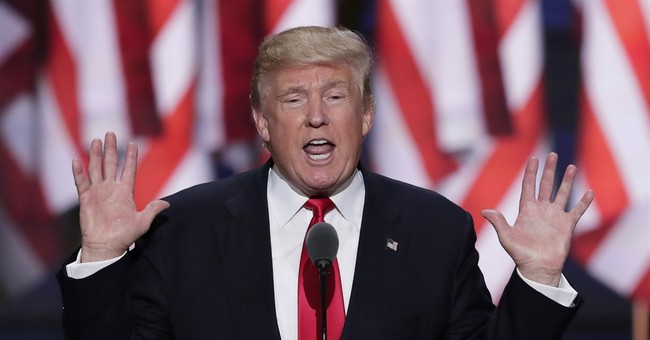 It is no easy thing being the Cassandra among friends and party faithful. Cassandra was the daughter of King Priam and Queen Hecuba of Troy. She had the gift of prophesy, but after rejecting the advances of the god Apollo, he cursed her so that none would believe her prophesies. She warned the Trojans that Greeks were in the Trojan Horse. She foresaw the fall of Troy. A prisoner and concubine after the war of Agamemnon, Clytemnestra, the king's wife, had Cassandra murdered. Cassandra saw all this coming and no one believed her.

It is no easy thing to see what is coming and have the party ignore you, friends reject you, and others assail you. Advertisers of my show have been targeted for harassment with some stepping back. Listeners and readers email me on a daily basis to say they are done with me. People have shown up on my doorstep at my home and at my office. Random strangers have berated me in public in front of my kids that I am ruining my kids' future.

But I believe I am right.

For the entire primary season I chose to suspend belief and ignore the polls, convinced that Trump was a passing fad. But he is not. He is now the party nominee. It is now his supporters who suspend belief and concoct conspiracy theories to convince themselves he can win. I felt, as a formerly elected Republican and someone who has spent a long time in party politics, that I had a duty to advise and warn.

Since February, I have been warning both that Trump could not beat Hillary Clinton in November and that there is no way that I -- or many conservatives of faith -- could actually support him. There is no grand and elaborate conspiracy of pollsters in America. Trump has only been ahead in nine polls since January and the majority of those are Rasmussen polls, which are not worth the paper they are printed on.

The warnings have all fallen on deaf ears. The GOP had one job this year and that was to beat Hillary Clinton. I believe they have failed at that task and have not only failed, but they have put a Clinton donor in charge of their own party.

I have done my bit to sound the alarm, raise the red flag, and point out the now near certain future of a Clinton administration. There have been at least a half dozen elected Republicans who took the stage in Cleveland this past week who have privately, personally told me they agree that Trump will lose. Others, like Tom Cotton, have not told me this, but are already beginning to woo the South Carolina, Iowa, and New Hampshire delegations -- already campaigning for 2020 because they too know Clinton is going to win.

Events can change things. There could be some unforeseen circumstance that gets Trump elected. The Kremlin could, I suppose, rig voting machines across the nation to help him. A terrible terrorist attack or race riots could stoke enough fear to see a wholesale abandonment of Clinton. Trump's election is not impossible, but is so improbable and would take events so terrible that even if he got elected we'd all recognize he is wholly unqualified for the times that caused his election.

I have done what I thought necessary. I will move on to other things. I see Clinton and Trump both as unqualified for office. If I vote in the Presidential race at all, I will write in Peyton Manning. At least he's a winner of good character. Certainly he won't win, but at least I'll have voted for someone morally fit for office.

I will shake the dust off my feet and move on. Cheeto Jesus is now the Republican nominee, which means Hillary Clinton will most likely be President of the United States. I wash my hands of it all and now only view the race as an interested observer in the moral collapse of our American republic.