Is It As Close As That? 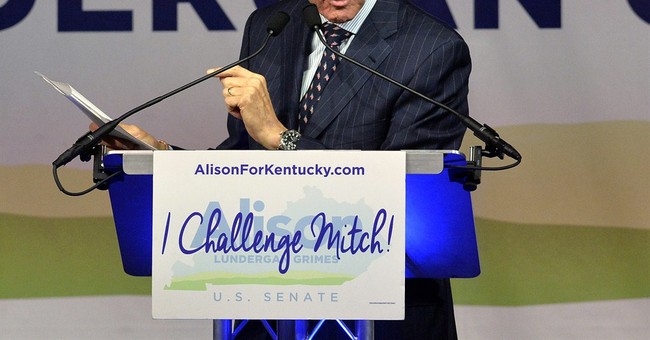 For most of 2012, I maintained that Mitt Romney would lose to Barack Obama. Only after President Obama's first debate did there seem to be a glimmer of hope. After that debate, polling moved in Romney's direction. Conservatives had hope.

As we now know, much of the polling in 2012 was wrong. There were some great pollsters. The IBD/TIPP poll, the Reuters/Ipsos poll, the Pew Poll, and others were spot on. But many pollsters, including the most prominent pollster of all, Gallup, were left with black eyes.

After the election, Scott Rasmussen left his own eponymous polling firm. The Rasmussen poll, relied on for comfort by Republicans, had gotten it wrong. In fact, many Republican firms underestimated President Obama's ground game. This year, however, much of the polling world is on the same page nationally. President Obama's job performance ratings are terrible. Nationally, most likely voters want the Republicans to take the Senate.

Now would be a good time to ask if there may be a Deming Funnel problem in state-level polling. Dr. W. Edward Deming devised, among other things, a funnel experiment. The goal was simple: Drop a marble through a funnel onto a sheet of paper on which a target had been placed. The objective was to get the marble as close to the target as possible. It turned out to be more difficult than one might expect. The experiment showed that tampering with systems without fully understanding them can lead to even more adverse results.

These pollsters have adjusted and compensated accordingly. Many state races, including in red states such as Georgia, seem very close. Kentucky, where Allison Grimes has run a disastrous race against Senate Minority Leader Mitch McConnell, seems too close to call. The closeness in these races, however, is not reflected in national polling or even in many of the polls conducted by major polling firms that got 2012 right.

The recently released Associated Press/GfK poll has been perhaps the best news for President Obama lately. That poll showed President Obama's disapproval was at 59 percent. Yes, that was the good poll for him. The Reuters/IPSOS poll, released at about the same time as the AP's poll, showed President Obama at 61 percent disapproval among likely voters. Likely voters is key. Democrats do better when registered voters as a whole are polled, and they do best when all American adults are polled. But American adults do not all vote. President Obama's approval ratings improve as the number of people polled increases.

More and more national polling trends suggest the Republican Party is going to take over the United States Senate. In states like Colorado, where Republicans have had a difficult time, the Republican Senate candidate has moved into the lead. Democrats have given up trying to win new seats in the House of Representatives. They have largely given up on breaking even, instead just trying to mitigate their losses.

Again, though, this is not reflected in much statewide polling. Those national polls should, ultimately, be reflected. In fact, in states such as Georgia where polls show a tremendously close race headed for a runoff, President Obama is deeply unpopular among likely voters. All this begs a question: Are some of these races really as close as they appear, or have pollsters, worried about their reputations after 2012, over-corrected their sampling?