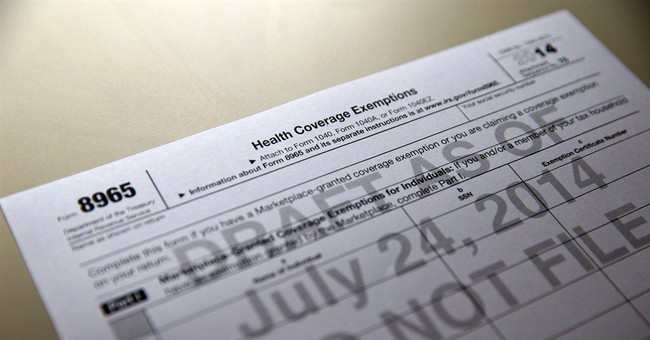 There are two dogs living in the White House other than the Obamas' pet dog. The first of the two dogs is the one that eats all the homework. It has been let loose across government agencies.

The Internal Revenue Service had an encounter with the dog. Lois Lerner, in charge of the division accused of harassing conservative groups, suddenly had her hard drive crash. All her emails were gone. Then six other employees mysteriously had their emails vanish. All seven were relevant to the congressional probe of the IRS.

The emails appear not to be on any servers. They do not seem to have been backed up, or the back ups were destroyed too. The emails have simply vanished. It is just awfully convenient that they were emails involved in a congressional probe.

Once the dog finished eating emails at the IRS, it moved over to the Environmental Protection Agency. The Competitive Enterprise Institute filed a request for certain emails and text messages from or to EPA administrator Gina McCarthy. According to the Washington Times last Wednesday, the EPA now says thousands of text messages related to Ms. McCarthy have simply disappeared. Her emails too are gone. The Competitive Enterprise Institute and the EPA are involved in a lawsuit, making the disappearance of the emails even more serious.

It seems the IRS and EPA are not the only government agencies visited by this hungry dog. The Securities and Exchange Commission has lost hundreds of computers with information on them that could be used for insider trading purposes. Unlike either the IRS or the EPA, the SEC is not currently under an investigation or in litigation relating to how it treated opponents of the Obama administration (yet).

That leads us to the other dog living in the Obama White House. In "Silver Blaze," a short story about Sherlock Holmes by Sir Arthur Conan Doyle, a prized racehorse went missing the night before a major race. Holmes, investigating the disappearance and the related death of the horse's trainer, refers "to the curious incident of the dog in the nighttime." The curious incident was that the dog did not bark. The dog at the stables made no sound as the thief stole the horse because the dog knew the thief.

The Obama administration has not barked in these cases. Internal Revenue Service emails from employees under investigation by Congress have been deleted. The Obama administration's best guess is that there was just an unfortunate coincidence of timing with an obligatory reference to "partisan witch hunts." The same holds for the EPA and now the SEC.

The Obama administration has expressed little concern, mostly taking the opportunity to blame Republicans. Government data has been deleted, and no one in the White House seems concerned. The dog is not barking.

The dog is barking, however, at two new scandals. Leon Panetta, who had been Barack Obama's CIA Director and Secretary of Defense, has out a new book. In the book, Panetta claims the president mishandled the support of Syrian rebels and that the president's actions led to the rise of ISIS. The White House has pushed back vigorously. The New York Times editorial board too, also largely silent on the IRS and EPA, has joined the attack on Panetta.

The Washington Post just reported on new details about the Secret Service's prostitution scandal in South America. It appears a White House staffer might have been involved. But senior staff at the White House, concerned about the president's re-election, put any who raised red flags on administrative leave. Sources are strongly hinting at a coverup, and the White House is barking loudly at the leakers. The White House, again, is barking at this story.

The matters on which the White House dogs are willing to bark and be quiet should direct the attention of an objective press. The silence on the IRS and EPA is very telling.