Cruz in Charge of the Conservative Movement 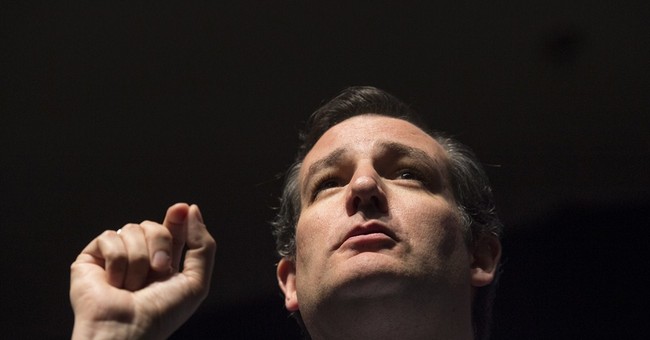 In what appears to be the ultimate modern demonstration of "drinking the Kool-Aid," Republicans across the spectrum seem to have entered a pact in sticking together to defend, and even celebrate, campaign tactics predicated on gross voter fraud and manipulation of minority voters. In fact, given recent campaign finance disclosures, it seems clear some Senate Republican leaders helped pay for the attacks on their own base in Mississippi.

One senator, however, has broken the silence and is speaking out: Sen. Ted Cruz, who, ironically, holds an official position with the National Republican Senatorial Committee. Cruz has described the Mississippi fiasco as "appalling" and called for a "vigorous investigation" of possible criminal conduct in an interview with radio host Mark Levin.

Yet, in light of this principled call to ensure voting integrity, the Establishment remains undeterred, if not emboldened. The day after Sen. Cruz gave his interview, the NRSC hosted a reception to thank those who, according to the invitation, "generously supported and promoted Sen. Cochran's campaign during the primary."

One would think that Sen. Cruz would be joined by members such as Rand Paul, who, like Cruz, defeated a heavily-funded, NRSC-backed candidate in his own primary races.

Sen. Paul has distanced himself from the Republican voters seeking justice in this situation, commenting that, "I'm for more people voting, not less people voting," and adding -- for good measure -- "I think the people of Mississippi spoke, and I think Thad Cochran has done a lot of good things for Mississippi."

Similarly, Sen. Marco Rubio told the Wall Street Journal: "I think Thad Cochran found whatever tactics he could use to win his election and people could have an opinion about that, but at this point we should move forward and make sure we retain that seat."

Rand Paul is going out of his way to empower the establishment, throwing his star-power weight behind some of it's worst offenders. In perhaps the most public example, Rand Paul took the floor alongside Mitch McConnell in the minutes following Sen. Ted Cruz's 21-hour filibuster to deliver a colloquy designed to belittle the entire heroic effort.

He followed with an op-ed declaring the effort as misguided as Obamacare itself. His alliance with McConnell continued throughout that primary fight, with Rand Paul delivering his utmost support and enthusiasm for the defeat of a promising tea party candidate in his home state of Kentucky. More befuddling, Paul traveled to Maine to declare that he "wholeheartedly endorse(s) Sen. Collins for re-election" -- the same Susan Collins who maintains an impeccable record of establishment bidding in Washington.

Now, Paul's commitment to defending the status quo continues, as he lends active support to the re-election of Tennessee Sen. Lamar Alexander. Just months ago, all three of these Paul endorsees gave the American people a stiff arm by voting in favor of a "clean" debt ceiling increase. These are frontline battles in the fight to "Make D.C. Listen," yet Paul unabashedly lends each his support to those who stand consistently on the other side of the line.

Ted Cruz, on the other hand, has chosen to stand alone, again and again, against the establishment. From helping lead the charge to filibuster what the establishment said was inevitable gun control, to standing toe-to-toe with the administration in a fight to defund Obamacare, to challenging his own party bosses by demanding a 60-vote threshold to increase the debt ceiling without any spending reforms, Cruz takes bullets from his own party for daring to challenge the system.

The Republican Party will not change itself. No one is going to change the party with a magical speech delivered eloquently on the Senate floor. We will not win the argument in Washington. We must remake the party one hard-fought seat at a time, focusing intently on the principles we believe can turn this country around, rather than the men who feel entitled to maintain those seats. But Ted Cruz has laid the groundwork with his campaign to "Make D.C. Listen."