Remembering the Evil of East Germany

Erich Reimer
|
Posted: Aug 07, 2019 12:01 AM
Share   Tweet
The opinions expressed by columnists are their own and do not necessarily represent the views of Townhall.com. 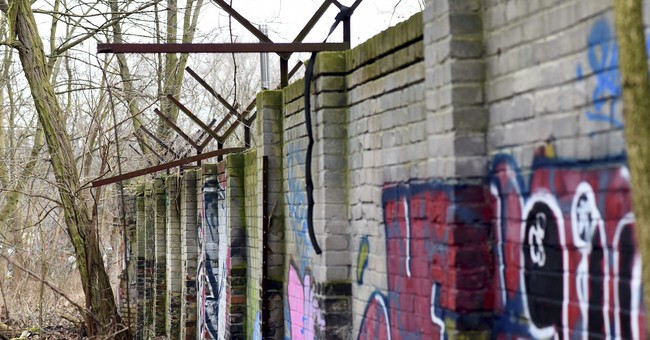 Thirty years ago this year the Berlin Wall fell. On the night of November 9, 1989, countless Citizens of the German Democratic Republic (GDR), also known as “East Germany,” fled across its borders to the first taste of a free society many had ever known.

The GDR featured all the typical vestiges of a Marxist-Leninist regime, whether in the Eastern Bloc or otherwise. But outside of the economic shortages, depressed culture, and lack of personal freedoms in career, faith, travel, or expression, stood a dark and unique shadow – the State Security Service, or “Stasi.”

The society those East Berliners fled that night 30 years ago was an Orwellian nightmare the world had never before seen or known. It was a true “surveillance state,” where each and every little aspect of every person’s life – public or private - was monitored, recorded, and analyzed for acceptability to the state.

The statistics alone are unsettling.  At the end of its reign in 1989 of a country of just over 16 million over a Stasi force of over 91,000 oversaw an informant network that comprised in some way a third of the nation, with a similar amount with comprehensive files on them.

The Stasi Museum in Berlin stands as a modern testament to the crimes of the GDR. Once the headquarters itself of the Stasi when it was East Berlin, the museum features all the leftover tools and guides of the feared agency.

I had the chance to visit the museum myself a bit of time ago. I was unprepared for the true horror of what I found, as the incredible depths and techniques of privacy invasion, monitoring, and quelling dissent from the 1950s to the end of the regime cannot but shock the human spirit.

Correspondence was regularly torn apart and read, scrubbed, edited, or destroyed. Highly advanced audio bugs were dropped in the most innocuous of places, including inside private dwellings, to keep tabs on persons. Particularly devious was the “Zersetzung,” a truly draconian action across multiple fronts that was meant to degrade the spirit and will of a person.

Those unlucky enough to find themselves arrested by the Stasi would be moved to prisons where psychological and physical torture was taken to the exponential extreme.

While the Stasi tormented the East German population its activities were not limited unfortunately to those under its jurisdiction. It also was a feared international spy and operations agency, wreaking havoc across continents, training terrorists, guerillas, and the secret police of other repressive regimes, and fueling what it believed to be the world march towards Communism.

Even as its puppet master, the Soviet Union, began experimenting with degrees of liberty in the late 1980s the GDR drove forward in keeping its society locked and its people under its boot.

Yet eventually all came crashing down. 1989 saw Eastern Bloc nations begin collapsing as their people took the streets in the name of human liberty and freedom. East Germany held on tight, locking its people further in its diminishing Leninist sphere. As protesters swelled and swelled and wouldn’t go home, it simply overflowed – and the East German government capitulated. Perhaps even they didn’t truly believe, whether ever or anymore, in the Leninist dream of oppressing and torturing their fellow man either.

The society those East German Citizens joined was one modeled after the American values that have lifted up the human condition for so many countless millions across the world – and indeed built up in large part by Americans through the Marshall Plan, economic aid packages, and the U.S. military personnel, estimated at over 10 million between 1950 and 2003, that had been stationed there to protect it. West Germany, soon to officially absorb East Germany, was a society of personal, economic, and religious freedom, and of prosperity, peace, human rights, and justice.

East Germany soon crumbled, dying a death that saw little mourning. Even the dreaded Stasi, over its half-century of living out the deepest nightmares of Orwell’s mind, finally met its end as the people of East Germany invaded its headquarters in January 1990 and erased the agency from the history of man.

The evils of East Germany live on as a footnote in history, a reminder of the depths of depravity in a small corner of the world, much as North Korea is today.  The people who were subject to this terror still have not recovered in total, as East Germany remains itself deeply broken after the economic, cultural, moral, and spiritual devastation it went through even so long ago.

Freedom should always be cherished with as deep a sense of awe, reverence, wonder, and joy as those East Germans experienced as they crossed that dreadful wall for the first time three decades ago. It is earned all too hard and lost too easily.