Twilight Of The Never Trumpers

Erich Reimer
|
Posted: Jul 11, 2018 12:01 AM
Share   Tweet
The opinions expressed by columnists are their own and do not necessarily represent the views of Townhall.com. 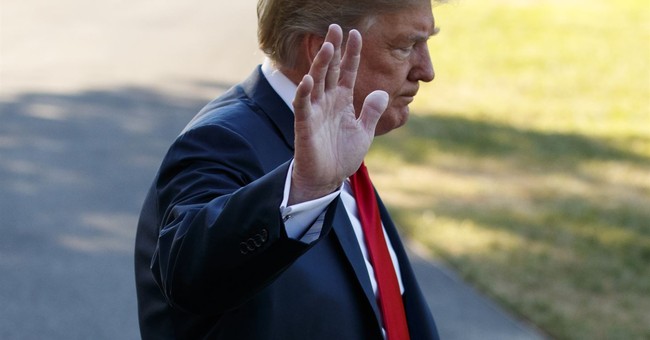 Since the 2016 election I’ve commented little on “Never Trumpers,” as I believe the election results revealed that they were so inconsequential - and really just plain “wrong” on everything - that they did not merit much further notice. Nonetheless, they remain an intellectual, ideological, and historical curiosity, “Never-Trump-lus antiquus,” that every day it seems it is increasingly proven just how incorrect they were.

“Never Trumpers,” in short, were those on the GOP side completely and totally opposed with then-candidate Donald Trump in the 2016 election. To them it was less about what other candidates were for than being against Trump himself. They believed that Trump would be so destructive to the GOP, conservatism, and country that they ignored all other political imbalances in our country, such as the then-major threat of an increasingly emboldened far-left.

Some “Never Trumpers” survived into the post-election era itself, as we still see every so often a token “conservative” on a left-leaning network or publication declaring their total “#Resist” opposition to the president on some claim of moral high-ground.

It is worth noting that these few have not been able to catch on much of a following, as many quickly have found the left is not so friendly to the conservative ideas they still occasionally pronounce. Furthermore, much of the formal anti-Trump Democratic opposition is just a political game – after all, remember it was just a few years ago then-businessman Trump was donating to both sides, as is standard industry business practice, and spending his recreational time with them.

I sometimes wondered during the 2016 election whether these full-on hardcore “Never Trumpers” were purposefully operating a charade to try to curry favor from some on the far-left or did they really understand so little of what was happening in the country at the time that their understanding of the electoral situation could be so wrong. Either way, when the election results came in on November 8, 2016 all their naysaying suddenly was silenced by the votes of tens of millions of Americans across this country.

It is worth noting that just like with regular voters who are not the politicos that follow and work in the intricacies of politics day-in and day-out, many ordinary “Never Trumpers” just could not bring themselves to vote for then-candidate Trump. I’m not degrading these folks, as they simply had honest disagreements.

And let’s review what all that gloom-and-doom and apocalyptic predictions for Trump’s presidency have materialized in - two constitutionalist Supreme Court nominations amid dozens of similar lower court appointments, a booming economy with historic optimism and rock-bottom unemployment, significant regulatory and tax reform, the defeat of ISIS, increases in military funding and development, a united GOP from the fracturing of past years, and much more.

Undoubtedly it has not been perfect but it would be impossible to find a presidency in history that was. After all, our nation and world is faced with ever-complex challenges and our discourse inherently tilts towards political hype where every election is made to seem the “most important in a generation.”

Furthermore, very few agreed with everything President Trump said during the election and many had real meaningful concerns, but in the end the scales simply did not merit the hyperbole and apocalyptic vitriol directed by “Never Trumpers” against the then-candidate and his wide coalition of voters.

History ebbs and flows and it is risky to declare a “victory” at any moment. Today’s clear win might roll back tomorrow, and vice-versa or in cycles. Unfortunately history is also extremely susceptible to politics, with sides precisely enjoying proclaiming their historical triumphs whenever they may find the slightest justification.

I believe the facts, at the moment, do show how wrong the “Never Trumpers” were and how things have not ended in the disastrous mess they prophesied with such conviction. In fact, from most economic, electoral, and policy metrics they are quite good and improving with each day, as we soon will be reminded of when Supreme Court Justice Brett Kavanaugh takes office.

The true “Never Trumpers” are now largely extinct, with seemingly most of the former ones now giving President Donald Trump the same treatment they give other presidents, which is to support or disapprove of his various measures based on their own policy and ideological viewpoints and priorities.

Yet the brief existence of the “Never Trumpers” nonetheless remains fascinating, as much as one stares in wonder at a prehistoric pterodactyl or ancient sea-creature in a museum and marvel at how it came to be, lived, and passed. Even as these “Never Trumpers” portrayed themselves as so right they ended up being so epically wrong in almost every way – resulting in, at the moment, extensive benefit and good to our country.