The Peril of Power 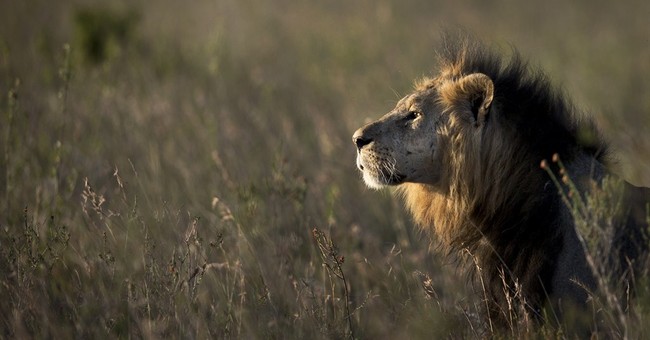 "Since, then, you have been raised with Christ, set your hearts on things above, where Christ is, seated at the right hand of God. Set your minds on things above, not on earthly things." Colossians 3:1-2, NIV.

As a Christian, I'm quite familiar with this passage, and always took it as an admonition against the kind of "worldly" sins addressed in this particular Pauline epistle. Be honest, love your neighbor, don't be a lover of material things, shun the pleasures of the flesh, etc...

Recently, however, I've begun to consider these words in a different, more fundamental way. The seemingly endless litany of scandals rocking the Obama Administration is largely responsible for this. Like most conservatives, I'm outraged and horrified at the conduct of our President and his appointees. His willingness to abuse Executive authority with impunity and his cavalier attitude about the responsibilities of his office seems to betray a contempt for the U.S. Constitution and the principles it embodies. His reticence to exert American influence and leadership in foreign affairs is condemnable. His blithe dismissal of issues like the Benghazi terror attack and the IRS targeting debacle as "phony scandals" bespeaks an arrogance of massive proportions. His refusal to enforce immigration laws is leading to a humanitarian crisis on our southern border. The Middle East is imploding.

One could go on and on. Predictably, the frustration on the Right is epic, and it's not just directed at the Oval Office. The impression among many is that President Obama has been aided and abetted by a complicit Congress, including "establishment" Republicans who are more concerned about feathering their own political nests than they are about representing the people and principles that got them where they are. People are mad as hell and aren't going to take it anymore; or at least, they aren't going to keep voting for the same people they've been voting for. It's time for change! Time to throw the bums out and install some fresh blood – people of principle who will not betray their constituents at the first opportunity.

The Tea Party is often the group seen to represent this sentiment, but on the Left the same dynamic is present to some extent in movements like Occupy Wall Street. There is a general feeling that something's gone terribly wrong in Washington – in America – and that something major needs to happen in order to set things right.

And here's where I've begun to see a problem. On both the Right and the Left, the perpetual tendency is to place the mantle of blame on specific, iconic bogeymen. For the Right, of course, the root of all evil and dysfunction in Washington lies with President Obama, Harry Reid, Nancy Pelosi, Eric Holder and their ideological ilk. On the Left it's "Wall Street," the infamous Koch brothers, Fox News, and pretty much anything "big," e.g. Big Business, Big Oil, Big Pharma, etc. And of course Dick Cheney. Always Dick Cheney.

"If we could just neutralize these influences and infuse the system with people who think like us," goes the sentiment, "everything would be okay. Government would be ethical and society would be just. Prosperity and equity would reign and America would finally live up to the promise of her founding ideals."

Would that this were true, but it's not. The entire government could be taken over by an ideological majority of one stripe or another and it's quite likely that ultimately very little would change. This is because it's not Progressive people or Conservative people or Libertarian people that are the problem, per se, but people in general. People are the problem, and Power is the problem.

I capitalize the word Power in tribute to French philospher Bertrand de Jouvenel, who wrote his seminal work, On Power, as World War II raged. For Jouvenel, Power is not merely a tool used to achieve an objective, but a self-serving force that seeks first and foremost to aggrandize itself. Power seeks above all else, more power for its own sake. This maxim has been true in all times and in all places but has been allowed to flourish with particular vigor, suggests Jouvenel, under the mantle of democratic liberalism. Mark Mitchell, professor of Political Theory at Patrick Henry College and editor-in-chief of Front Porch Republic (a website "dedicated to political decentralism, economic localism, and cultural regionalism") articulates well Jouvenel's insights into the seemingly intractable relationship between power and the modern nation state:

The social contract theories of Hobbes, Locke, and Rousseau argued that sovereignty originally resides in individuals who are absolutely free and equal in a state of nature. People freely cede their rights to the sovereign in order to gain the benefits of civil and political order. But in a regime based on popular sovereignty, there is little distrust of Power, for Power is wielded by the people, and no one would oppress himself. The limits that were placed on Power in the Medieval world were seen as superfluous in the new age of rule by the people, but this cavalier attitude toward Power is the very thing that leads Jouvenel to claim that democracy "paves the way for tyranny."

Jouvenel sees the modern nation state as the ideal vehicle for carrying the consolidation of Power forward to new heights. And herein lies a profound criticism of liberalism, itself, for the state has steadily eroded the social powers that could stand against it and in so doing limit it. This process has been cheered on by the people who, in seeking liberation from all social power, unintentionally encouraged the nation state’s corrosive work.

Jouvenel argues that only those capable of fighting Power will enjoy any semblance of political liberty. He suggests that Power must be countered by "make-weights," alternative centers of power that resist consolidation. The separation of powers described by Madison in Federalist 51 is an example of an institutional mechanism established to oppose the expansion of power, yet the steady growth of power since the Founding suggests that this mechanism alone is insufficient.

If Jouvenel is correct, authentic, ordered human liberty and the social flourishing that should flow from it has been and continues to be subverted by the very system design to sustain and advance it. The innate hubris that undergirds democratic liberalism provides ideal fodder for the endless growth and consolidation of power under the guise of popular sovereignty.

So what are we to do? This is where St. Paul's wise advice to the church is Ephesus resonates. "Set your heart on things above..." Jouvenel theorized that Divine law was one of the only things that was able to check the scope of Power in pre-liberal societies, since everyone and everything was subject to its authority and – theoretically, anyway – humbled by it. More from Mitchell:

Ambulatory (i.e. arbitrary) law and popular sovereignty are ultimately rooted in the same impulse, for the denial of a divine law and the rise of democratic absolutism both depend on a profound skepticism about any limits that are not self-willed, and, of course, self-imposed limits (bereft of any sense of a higher law) are fragile reeds upon which to build a political order. Ultimately, the only viable alternative to popular sovereignty is the acknowledgement of a divine authority. Law rooted in popular sovereignty is necessarily ambulatory, while law tied to a divine order is, at least conceptually, stable.

Mitchell seems skeptical, as am I, of the likelihood of divine law reemerging as an ordering, limiting influence upon contemporary society, for the modern doctrines of self-determination and moral relativism are potent and seductive. For the faithful remnant that does acknowledge a divine authority, however, the humility that flows from our belief in the Fall should inform our attitude towards political ideology. Man is, indeed, a political animal. We are also inherently prideful, and greedy, and selfish, and self-serving. This is not to say that good men with good intentions shouldn't join together in pursuit of the common good, and that individuals shouldn't support elected officials who represent their principles and views. We simply must be realistic about the limits of politics and the deceptive power of ideology.

Instead of placing our hope in a politician or political program to deliver us from the evils of this world, we should focus our eyes on the eternal, and on the people and things that are right in front of us. It's quite possible that a nation full of individuals committed to doing good and being good in their homes, communities, and in the eyes of their God would make more of an impact than any politician's grand plans for national transformation.