Emmett Tyrrell
|
Posted: Mar 16, 2017 12:01 AM
Share   Tweet
The opinions expressed by columnists are their own and do not necessarily represent the views of Townhall.com. 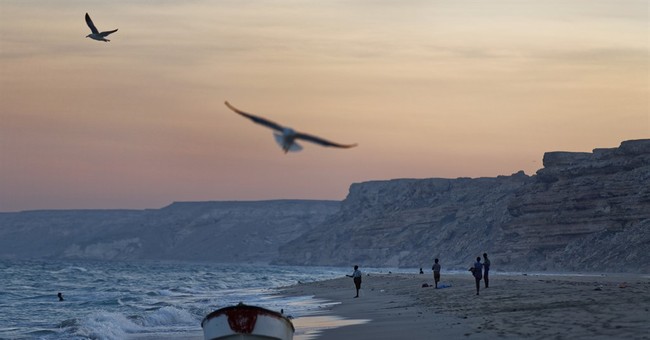 Trending
WASHINGTON -- I was wondering when it would happen. For over 30 years, I have been anxiously awaiting the backlash. What backlash have I been awaiting, you ask? Why, the backlash to the most self-important, morally superior, narcissistic generation to cast a shadow across this republic in its history: the baby-boom generation. Had the generation just been designated "the babies" and left at that, America would have been on the right track. But as we are now about to discover, though the boomers are declining into senescence, they never really did grow up -- or at least their headline-grabbing cohort never did.

As I, a baby boomer by age if not by inclination, grew into the 1980s, 1990s and beyond, I awaited the next generation's rebellion. Certainly, it was not going to immerse itself in drugs, zoo sex and the more idiotic specimens of rock and roll while adopting all the slogans of the age. Certainly, some would resist the pull of conformity that characterized the headliners of my generation. But I was wrong. A large number of the so-called Gen Xers did conform to the boomers' ways, and they looked about as stupid and pathetic as the real thing.

Perhaps the era I have awaited has come. The backlash to the boomers could possibly be at hand. Its herald is a book written by a Gen Xer, Bruce Cannon Gibney, that is aptly titled "A Generation of Sociopaths: How the Baby Boomers Betrayed America." You took a long time filing your copy, Mr. Gibney, but I welcome you anyway. The only problem is that you blame my cohort of the baby boomers for equal parts of the generation's atrocities. We had very little to do with the boomers' achievement. From the first campus demonstration in the 1960s to their recent whines about aging, the baby boomers were almost exclusively a left-wing phenomenon.

All their gurus were of the left, from the anti-war crank Staughton Lynd to their prophet Charles A. Reich, author of "The Greening of America," who incidentally was a virgin until middle age when he discovered that his penis was a dual-use technology. Admittedly, the boomers and their sages were from the infantile left, but the left nevertheless. One of the fallacies of the boomer generation was that Saul Alinsky was an influential theorist for the militant boomers. Maybe Saul was a theoretician for Hillary Clinton and Bill Clinton, but for the rest of 1960s and 1970s America, he was pretty much a nobody. Far more influential were Malcolm X, the recently deceased Tom Hayden and a gaggle of rock musicians who insisted on singing songs about kook metaphysics, nuclear war and nutritional guidance, and who mostly died premature deaths, usually a drug overdose.

When they got around to taking jobs, the boomers took them in media and the universities -- though quack therapy positions were also prized. There they conferred their nonsensical readings of history, social science and popular culture on America. They immortalized real tragedies, such as the slaughter at Kent State and the high jinks at Woodstock, into modern America as the boomers' Valley Forge and Gettysburg. Their only legacy was an increase in drug addiction and venereal disease, and a spreading benightedness championed at our nation's grade schools, high schools and colleges, often by teachers unions.

Gibney's case against the boomers is strong, though he includes the whole generation coming out of the 1940s and 1950s. He goes too far.

He points out that the first boomer president was Bill Clinton, and the second was George W. Bush. He might have added that President Barack Obama, though not strictly speaking a boomer, was almost wholly dependent on the boomers' hokum. Then came Hillary Clinton, the epitome of a boomer, and Donald Trump, only marginally a boomer. I think history is going to view him as America's first real estate developer since George Washington. My guess is -- and once again, I am an outlier -- history will judge him well.