Well, It Is Over

Emmett Tyrrell
|
Posted: Nov 10, 2016 12:01 AM
Share   Tweet
The opinions expressed by columnists are their own and do not necessarily represent the views of Townhall.com. 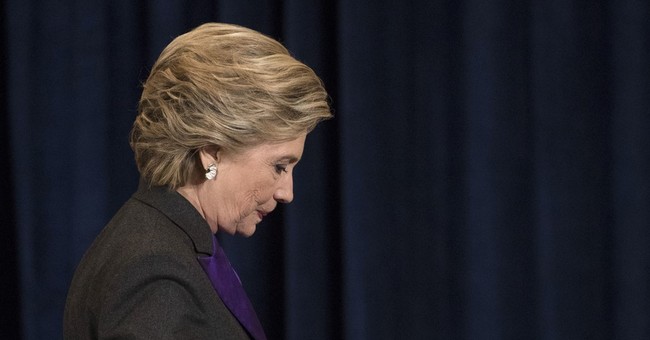 Trending
WASHINGTON -- Well, it is over! The most poisonous, slanderous, hate-filled American election of all time is now history, and the pity is that there is no historian living in this great Republic who is capable of doing it justice.

At least, Donald Trump was entertaining and usually right. Moreover he has only been a practicing politician for a little over a year and a half. Hillary Clinton has been perpetrating politics for her entire adult life, and in the end we discover that she could not even properly maintain classified documents on her server. (FBI Director James Comey said she was "extremely careless" in handling intelligence.) Her foundation is equally lax, and her housekeeper was regularly imposed upon to print out her correspondence -- including classified documents. It is now clear that she has been a crook for most of her life. She came across as a schoolmarm, with all the grace of a schoolmarm, but unlike most schoolmarms she is a consistent liar. How did America get into such a mess?

I would date it from Feb. 12, 1999. That is when the United States Senate failed in its duty to convict President William J. Clinton at the end of his impeachment trial. The impeachment had been initiated by the House of Representatives when it voted for two charges, one of perjury, the other of obstruction of justice. The House sent the charges over to the Senate. The charges stemmed from Clinton's mendacious testimony before a grand jury regarding Monica Lewinsky, his White House paramour or should I say one of his White House paramours? She was 22 years old when it started.

There is no doubt that he lied under oath or that he obstructed justice, but the Senate decided, to quote a phrase popular at the time, "it was only about sex." Presumably if Clinton lied and obstructed justice to cloak some graver wrong the Senate would have adjudged him guilty, though I have my doubts. We were entering the first stages of the age of lawlessness that we have now become inured to.

Thus Clinton became only the second president in American history to be impeached. The other was President Andrew Johnson after the Civil War, and Johnson at least had the excuse of being inebriated. He was a famous drunk, though there is no record of him imposing his will on a 22-year-old intern or even on a barkeep. The only other president who came close to impeachment was President Richard M. Nixon. Yet he had the grace to resign from office before putting the country through the uncertainties of an impeachment process. To Clinton it did not matter.

If the Senate had found Clinton guilty, presumably Bill and his lovely wife, Bruno, would have disappeared from our public life. As it was, their tawdry, grasping antics began almost immediately after impeachment with the selling of White House pardons and commutations and the pocketing of White House furnishing as they absconded from the premises. Shortly thereafter the New York Observer editorialized on Hillary Clinton, "Had she any shame, she would resign" from the Senate, and many of the hierarchy in the media and the Democratic Party hurled invective at the hunkering couple. Their fury lasted hardly a year, and then the Clintons could count on the media to forgive and forget their intemperance. For a quarter of a century I have noted this historically unparalleled development, the arrival in politics and media of the episodic apologist.

Nor is the arrival of this poisonous political atmosphere unique to this side of the Atlantic. A week ago, my friend Algy Cluff, for 25 years the chairman of the board of The Spectator of London, wrote to tell me that he was very much looking forward to attending The Spectator's annual Parliamentarian of the Year awards dinner. He wrote that it is "usually fun, one of the rare occasions when the Left and the Right get together with humor."

Alas, Algy reported back to me over the weekend that though "the Tories poked fun at each other ... this time the prize winners from the left were ill-tempered and uncivil. In particular Diane Abbott (surly and rude), the Mayor of London (snarling and rude), and Hilary Benn (high-minded and pompous). But that is the world we live in."

Yes, politics on both sides of the Atlantic are in a poisonous state, and on the U.K.'s side, Labour is practically in a state of collapse.