Prince Charles' Defense of the Patagonian Toothfish and More 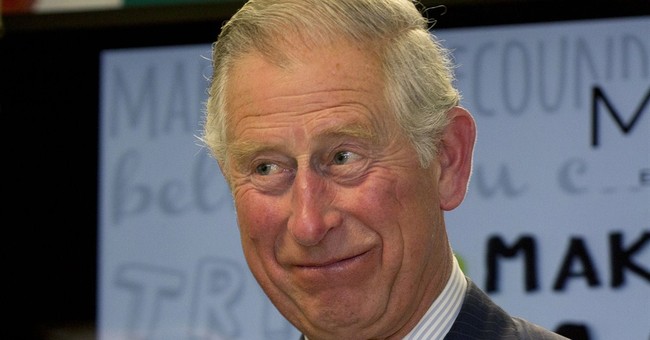 WASHINGTON -- Last week, Prince Charles, in all likelihood the next monarch of Great Britain, suffered a defeat. For 10 years he and his aides have resisted a concerted effort to make public certain letters written by him and sent to Prime Minister Tony Blair and several of his ministers. The British newspaper, The Guardian, had sought the letters -- 27 written in 2004 and 2005 -- under a Freedom of Information Act inquiry. Now Britain's Supreme Court has ordered that the letters be released to the public. So this is one the royals lost and the anti-monarchists at The Guardian won. Yet, asking as purely a cisatlantic spectator, I cannot for the life of me discern why The Guardian sought these letters in the first place; or, for that matter, why Prince Charles objected to making them public.

Aside from one letter in which the Prince argued -- rather boldly, I shall admit -- that the protection of the Patagonian toothfish should be a government priority, none of the other letters dealt with anything of a sensitive nature. There was one apparently calling for the culling of badgers, so maybe animal rights activists would be alarmed. Yet they should also be proud of the Prince's solicitude for the famed toothfish of Patagonia. Hardly anyone stands up for the toothfish, or for Patagonia come to think about it. There were letters about farming, British beef, aesthetics and herbal medicine. Not even the animal rights lobby can oppose herbal medicine. I say let the Prince have his say.

Actually, from what I have read of these letters Prince Charles comes across as dignified, abundant with public spirit, courteous and intelligent. Precisely what I would expect. Full disclosure, as they say. I have had the good fortune to meet with him, and we even have a tailor in common, John Hitchcock, of the famed Anderson & Sheppard firm. Moreover, an American who knows the prince well has for many years been telling of the prince's high intelligence and of his carefully thought out concerns for farming, the environment, and, in particular, architecture. I think his views of the environment are a little extreme, but on architecture he is sound. The concern he expressed to Prime Minister Blair was especially wise.

In fact, as far as I can see, much of civilized Britain looks forward to the prince's views. They may not totally agree with him, but they are eager for his judgments. What is The Guardian's complaint? As I have suggested, that newspaper represents anti-monarchist sentiment, and they think by exposing the prince's correspondence to government officials they are exposing the royals to further limitations, possibly even to their downfall. In Britain the royals are "to reign, not to rule." Britain is a constitutional monarchy. The role of the monarch is mostly ceremonial. The ceremonies, however, are very impressive and without them tourism would be down and the cost of government, doubtless, would be up.

Still, there are voices among the British citizenry that oppose the role of the monarch. They depict any advice from the royals to the government as a "quiet revolution," a counterrevolution if the thing is to be believed. In fact, these voices of the congenitally grumpy would like to see the monarchy abolished.

Well, that is not going to happen. Prince Charles is immensely prudent and well-intentioned. The governments that have welcomed his advice seem to agree. My question to the anti-monarchists is simply this: After you have rid Britain of the pomp and grandeur of an institution that has served the country through the centuries, through times of absolute monarchy, through times of revolution, up to the present era of benign constitutionalism, with what are you going to replace the monarchy? Or will you leave Buckingham Palace and all the old palaces and estates empty?