The Beauty of Confusion 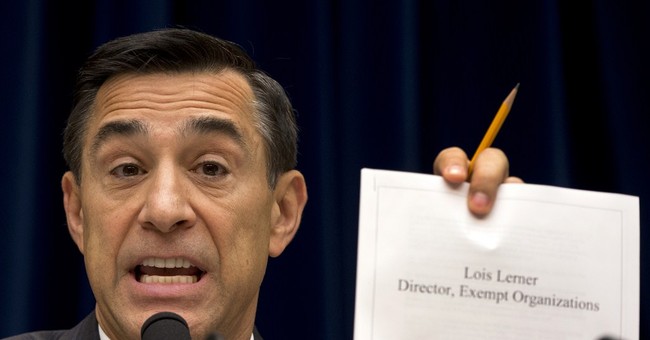 WASHINGTON -- Where are we now in this morass of Obama administration scandals? We have the Associated Press imbroglio. We have the Benghazi imbroglio. We have the I.R.S. imbroglio. Well, a synonym for imbroglio is confusion, and in all the above cases replace the word "imbroglio" with the word "confusion" and you will get a hint of where I am going. We have one massive cloud of confusion, and that is exactly what this embattled administration wants. They think that if an event can be brought to confusion, at some point the journalists and the general public will throw up their hands and agree that it is just too difficult to penetrate. Perhaps the Nixon Administration was hoping for such an outcome back in 1972.

The other day one person in the press began asking simple questions. He is Jeff Lord of The American Spectator. He asked, on our website, what Colleen Kelley, the head of the National Treasury Employees Union, was doing at the White House at 12:30 PM on March 31, 2010? Did she talk with anyone there? Did she talk with the president? The helpful note on the White House visitors log indicates that she at least met him. Surely it is a tantalizing detail that the I.R.S.'s harassment of conservatives began shortly after her rendezvous at the White House. Now the White House spokesman, that irritable little lout Jay Carney, says she was just there for a function of some sort. So she talked with no one? That is improbable, and by the way her union is militantly anti-Tea Party and pro-Obama.

Lord is very busy answering telephone calls and emails from the public and most interestingly, from former I.R.S. employees. How many calls has he received from people in government and the military who are fearful for their careers?

As I say, this White House thrives on confusion. It is spreading confusion in these scandals. It is spreading confusion in policy matters, for instance, that policy happily called Obamacare. Recently it was reported that teams of government consultants are being lined up to advise the uninsured on Obamacare. That is assuming they can find the uninsured. Some people want nothing to do with Obamacare. Some people are utterly confused about it, and, if what I read is true, they have reason to be utterly confused. They might be sent off to an undertaker.

Confusion appears to be Barack Obama's friend. The other day a woman called Rush Limbaugh on his radio show and said she had been a fundraiser for Mitt Romney in 2012. According to her, the White House is happy to have the I.R.S. story out there, for the story intimidates potential Republican donors from donating to Republican candidates. Supposedly these donors are fearful that they will be the targets of the I.R.S. investigation.

Of course, this is just the opposite reaction from the Tea Party. Its members are planning a series of protests around the nation. My guess is we are going to be hearing a lot about this morass of scandals. Pay attention, if you can.