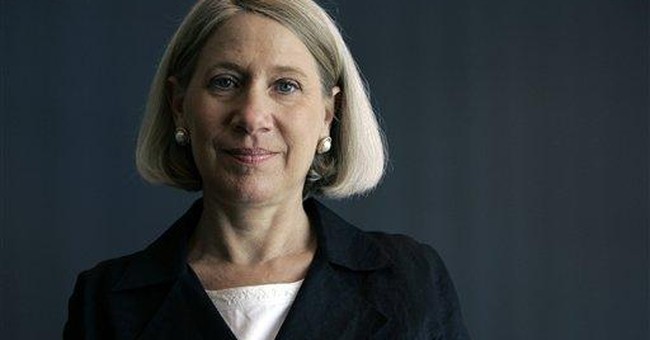 WASHINGTON -- Well, that did not take long! Just weeks after initiating a war of words with Fox News and being exposed as an admirer of Chairman Mao's, Anita Dunn, the White House communications director, is stepping down. I intimated as much a couple of weeks back, when I lumped her in with two other Obama administration zanies who were forced to resign -- environmental czar Van Jones and National Endowment for the Arts spokesman Yosi Sergant.

My point was that recent Democratic administrations always have welcomed to Washington fleets of eccentrics who are not to be believed. Both the Carter and the Clinton administrations were abundant with such characters, e.g., a woman who talked to monuments late at night and a surgeon general who propounded the salubrious benefits of masturbation publicly -- by which I mean speaking of it in public, not actually performing it in public. Those are just two of the many bizarre figures who come to mind. Now we have the Obama administration, and I have prophesied that its zanies will outnumber those from both previous menageries combined.

The question for the moment is: Which indiscretion weighed most heavily against Dunn's tenure, the war with Fox or the praise of Mao? During her assaults on Fox News Channel, she denounced the cable network as "a wing of the Republican Party" and "opinion journalism masquerading as news." In an extended shriek, she said last month, "The reality of it is that Fox News often operates almost as either the research arm or the communications arm of the Republican Party." Is that sulfur I smell?

My guess is that Dunn's expressed admiration for Mao is the cause of her departure. For this revelation, I suppose we have to thank Fox's Glenn Beck. He aired a tape of Dunn notifying an audience of students at St. Andrew's Episcopal School near Washington that this cuddly little butterball of a tyrant -- who oversaw the murders of some 70 million people -- is one of her "favorite philosophers." The other one, she said, is Mother Teresa, who killed no one, as far as we know. Dunn adduced both as moral exemplars for the assembled youths. Her point was something about setting out to do things you really want to do regardless of criticism. If I followed her, she saw both Mao and Mother Teresa as variations on the old Sinatra standard "My Way." In moral and practical terms, Dunn's advice to the students was confused.

What is more, she stretched the truth when asked to defend her speech. On CNN, she attempted to explain that when she spoke of Mao as one of her "favorite political philosophers," she was speaking ironically. The phrase was, she claimed, "intended as irony, but clearly the effort fell flat -- at least with a certain Fox commentator whose sense of irony may be missing." Ah, Dunn's war with Fox continues.

Yet by now, many have viewed the tape that Beck aired, and I doubt they perceived any irony. Was she being ironic about Mother Teresa, too, and if so, why? To be blunt, Dunn's explanation is a lie. She is one of those ritualistic liberals who specialize in putting people on, in disturbing the peace. Disturbing the peace is a timeless liberal value, but sometimes the liberal misdemeanant goes too far. You cannot have a White House communications director advocating Mao as a role model for America's youth. Thus, she is going, going, gone. I cannot wait for the next White House zany.