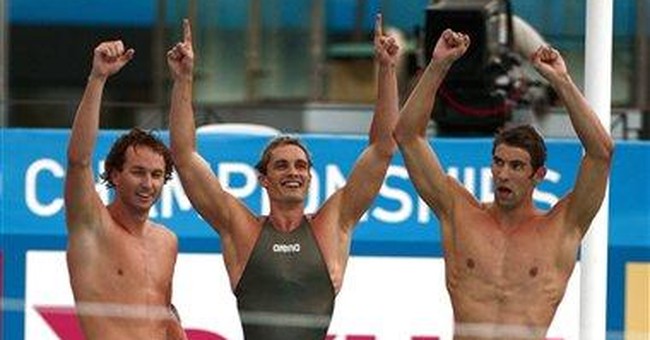 WASHINGTON -- Back in the 1990s, David Brooks, then an editor at The Wall Street Journal, called me and asked me whether I would like to "gloat" on the newspaper's op-ed page. What inspired him to encourage such ungentlemanly behavior was the publication of a book, "First in His Class," by David Maraniss, which vindicated my claims of the prior year that Bill Clinton was a rampant philanderer, widely recognized as such throughout Arkansas, where he apparently had maintained a harem. The American Spectator had published two pieces based on interviews with Arkansas state troopers that irrefragably revealed Clinton as the kind of hound dog who would ... well, who would do what the historically minded now know he did do with a White House intern of unhappy memory. I was lambasted for publishing such wild charges. Michael Kinsley called me "dishonest." Joe Klein was equally defamatory, though he had covered Clinton in the 1992 campaign and knew all about Clinton's libidinous proclivities, as he demonstrated in his book "Primary Colors," disingenuously authored by "Anonymous."

I told Brooks that I would not stoop to gloat, but I did write a piece that was considered by my critics to be in shockingly bad taste. I quoted them from the year before. One of them, Klein, was particularly indignant. At a reception just after the piece appeared in the Journal, he told me I had acted very dishonorably. He accused me of assailing him with a "low blow." My response was, "But, Joe, all I did was quote you." Around our office, we amusedly coined a new journalistic offense: "Tyrrellism, blackening a person's reputation by quoting him." I wonder whether it is taught in journalism schools.

Vindication is sweet, but we must never gloat. A surprise decision made last week by the governing board of world swimming, FINA, has vindicated those of us who, as voices in the wilderness, complained during the 2008 Olympics that the high-tech swimming suits introduced in that Olympiad were an adulteration of the sport that threatened to distract from the athletes. No longer would attention fasten on the great feats of the swimmers. Soon the sport would be entoiled with questions of swimsuit construction, legal wrangles, corporate promotions and other controversies that have no legitimate place in competitive swimming.

I devoted two columns to the controversy. We critics of the high-tech swimsuits were ignored or branded as Luddites opposed to progress. Our prospects of returning the sport to the athletes and delivering it from the brainy scientists who were designing the high-tech adulterations of the athletes' equipage looked grim. But at last week's world championships in Rome, we were vindicated beyond our dreams. World champions, such as Michael Phelps, complained that they were beaten not by better swimmers, but by technological innovations in their rivals' high-tech swimsuits. A huge number of world records were broken and attributed not to the athletes' superior performances, but to which swimsuit each athlete was wearing. In an absurdity that we critics had warned about, it appeared that fat swimmers were getting an advantage from the suits that better-conditioned swimmers could not get. As we predicted, technology that was irrelevant to athleticism was diminishing the athletes.

FINA has answered to right reason and announced a ban on the suits beginning next year. The turnaround came rapidly after our National Collegiate Athletic Association banned the suits from American collegiate competition, recognizing that they were a burden to strained athletic budgets (they cost hundreds of dollars more than the $30 or $50 textile suits that men and women usually wear), wore out after a dozen or so races, and, as we critics had said, were adventitious to the sport. Now a fellow veteran of this War of the Swimsuits, Bob Groseth, is advising the NCAA rules committee on the standards for next year's non-tech suits. He will be executive director, beginning this autumn, of the College Swimming Coaches Association of America, and he says the standards will establish which materials can be used in the suits (textile of some sort) and the amount of the athletes' anatomy to be covered. The high-tech suits could sheath the athletes from shoulders to ankles.

You will note that as with other vindications I have enjoyed over the years, I do not gloat. I shall, however, express my gratitude and respect. The world of competitive swimming has protected the integrity of the sport. Once again, my belief that sports are often more honest endeavors than politics has been rewarded.