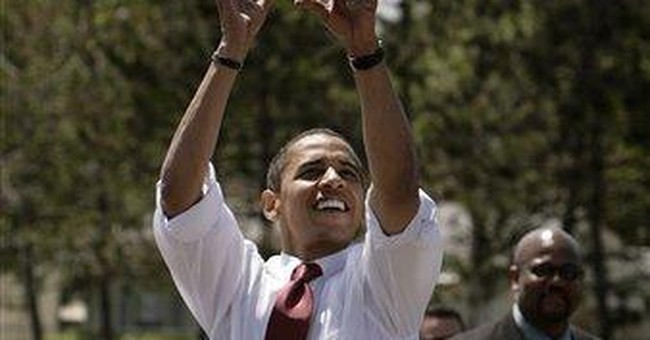 WASHINGTON -- Somewhere in his very interesting "Journals: 1952-2000," the late historian Arthur M. Schlesinger Jr. erupts with the observation that history is unfailingly interesting. Over the years, I delighted in disagreeing with Schlesinger, but on this, I am in hearty accord. History is always interesting. Even when not much is happening, history is interesting.

Today there is a lot happening, and observing history now is more interesting than usual, but even a few years back, when sophisticates were droning on about "globalization," history caught my attention. The year was 2003, and I was sitting in on symposiums at the Yale Law School. A recurring topic was "globalization," and most of the soi-disant liberal intellects were for it. As globalization seemed to be a capitalist tool, I was amazed by their sanguine acceptance of it. It was so-o-o materialistic. Did the assembled sophisticates not realize that there might be a downside to globalization? I heard few caveats.

Well, the present globalized economic crisis suggests that there indeed has been a downside, namely the worldwide freeze on credit. It has led to recession in many of the world's leading economies. What will be done about it? Will the incoming American president know how to take action?

President-elect Barack Obama is a man of many firsts, some of them auspicious. One of his firsts, however, is not so auspicious. Obama is America's first motivational speaker to be elected to the presidency. He has absolutely no executive experience, though during the recent presidential campaign, he insisted that running a political campaign is an executive position. Well, if that is the case, he has, at the age of 47, only really run one competitive political campaign: his race for the presidency. His 2004 U.S. Senate race was against a stand-in Republican candidate: Alan Keyes, a sometime radio host with no roots in Illinois politics and no prospects for victory. State Sen. Obama's seasoned Republican opponent, Jack Ryan, had been forced to withdraw because of a sordid scandal. In earlier state Senate campaigns, starting in 1995, Obama had no competition at all, and his effort to unseat Rep. Bobby Rush, in 2000, was an abject failure.

Naturally, our country's first motivational speaker to be elected president has no experience with economic policy. All that we do know about him is that he seems to be a man of the left, a community organizer whose answer to economic setbacks is government largesse. Economic growth, he says, "comes from the bottom up," which is not very reassuring when those at the bottom are broke. Who from Obama's leftish background might serve as a model to him in this time of globalized economic crisis?

My candidate is Britain's Labourite prime minister, Gordon Brown. He has been a leader -- some might say the leader -- in pointing the way to worldwide economic recovery. Brown recognizes that the major problem facing the world is a credit freeze. Banks and other lending institutions need liquidity to resume lending.

Prefatory to last weekend's G-20 summit, Brown had taken the lead in persuading other countries, specifically the United States, to do something to inject capital directly into banks and other lending institutions. With that capital, they can resume lending to consumers and to businesses so global growth can resume. Brown, who was the chancellor of the exchequer (comparable to our secretary of the Treasury) under Prime Minister Tony Blair, has learned a great deal about international finance. Unlike the wrongheaded measures taken in the 1930s to deal with economic collapse, Brown's prescriptions recognize that the present problems demand globally coordinated fiscal and monetary policies. He sees the need to help banks cushion their losses and amass cash reserves to resume lending and economic expansion. Such has been Brown's example as leader of the U.K.'s Labour government that there is reason to believe President Obama will follow his exhortations as reiterated at the recent G-20 summit.

Yet here in the United States, there is another policy the Obama administration might adopt: suspending the accounting policy of "mark to market." Because of this policy, banks and lending institutions have had to mark down their assets, thus devaluing on their books the capital that they have available to lend. Many of these institutions have healthy cash flows. Yet because they are faced with (temporarily, one hopes) devalued assets, they are hindered from making loans, and the consequence is the lending freeze that has put the economy into recession.

It will be interesting to see in the months ahead how the new government endeavors to get the economy going again, but then history is always interesting -- right, professor Schlesinger?