Elyssa Koren
|
Posted: Aug 15, 2020 12:01 AM
Share   Tweet
The opinions expressed by columnists are their own and do not necessarily represent the views of Townhall.com. 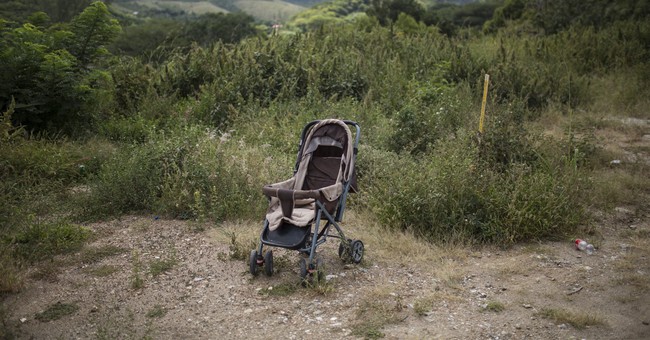 In overt violation of international law, elements of the United Nations system insist that medical practitioners perform or refer abortions regardless of conscientious objection. The World Health Organization lists the “conscientious objection of health-care providers” as a barrier to the realization of the rights of women, including adolescents.

Now, a new bill in Kenya is attempting to compel this by law. As stated in the bill, currently on hold due to pro-life opposition, a trained health professional who refuses to refer a woman for an abortion may be subject to three years in prison, a fine of one million shillings ($9300 USD), or both.

Abortions are legal in Kenya but only on a very limited basis. This sweeping liberalization, advanced in the name of reducing (very high) maternal deaths in the country, marks the next step in bringing Kenya in line with perceived views of Western “modernity.” In addition to expanding the grounds upon which a woman may receive an abortion, it introduces potentially radical “reproductive health” education to minors, alongside regulations on assisted reproductive technologies, including surrogacy.

Inspired and supported by various UN proclamations, abortion activists argue that now is the time to move Kenya, and Africa, in line with the “human rights” values of the West. But, the bill is predicated on an egregious violation of international law, sure to jeopardize Kenya’s hard-won progress in the consolidation of its constitutional democracy.

The right to conscience is a fundamental human right, enshrined in the International Covenant on Civil and Political Rights, to which Kenya is bound. Therefore, if passed, the bill would position Kenya in clear violation of its international legal obligations. Far beyond abortion, this would undoubtedly unleash a proliferation of repressive tendencies, couched in the name of “human rights”.

The bill moves to place the “right” to an abortion above that of the medical professional who conscientiously objects. So, which “right” wins? The legal reality is that whereas conscience is securely safeguarded in international law, no right to abortion exists.

Abortion proponents creatively have attempted to read-in a right to abortion into any and all legitimate human rights, including, ironically, “the right to life.” The claim is that abortion may be required to save the life of the mother, but as is the case in Kenya, women are not legally barred from receiving a life-saving intervention that would unintentionally result in the death of the baby if absolutely necessary—with the understanding that in such tragic circumstances, it is permissible to save one life rather than lose both.

Although unfailing in their efforts, abortion activists grasp at straws—continuing to twist international law to create a right to abortion where none exists. In fact, foundational documents reference protections for human life, both born and unborn. But, clearly, this fight is not about any legal reality. It is about the soul and traditions of Africa.

I spoke with Dr. Christina Francis, Chairman of the Board for the American Association of Prolife Obstetricians & Gynecologists, and herself a board-certified OBGYN with extensive experience practicing in sub-Saharan Africa, to obtain a much-needed medical perspective. Informed by her on-the-ground medical expertise, she stated that, “abortion liberalization is not the antidote to Kenya’s tragic maternal mortality statistics.” The reality is that women in Kenya die from complications from pregnancy that are easily avoidable in developed settings.

In contrast to the pro-abortion argument that the solution to “unsafe abortions” is expanded legal abortion, more woman likely would die as a result of increased abortion access given medical infrastructure in the country. “Women in Kenya need and deserve quality maternal health care to carry them safely through pregnancy and childbirth,” explains Dr. Francis.

The experience of Ireland offers clear evidence that maternal health is best improved by focusing specifically on the availability of basic interventions for pregnancy and childbirth. As affirmed by the Dublin Declaration, signed by over 1000 practitioners and researchers, “the prohibition of abortion does not affect, in any way, the availability of optimal care to pregnant women.”

Dr. Francis explained that opening up the floodgates to abortion on demand for woman, as well as minors, is sure to further imperil maternal health. Abortion, especially in the context of a developing country, can never be “safe” given the sheer lack of requisite medical capacity to manage complications. She recounted the experience of one patient in particular—a pregnant college student scared of family repercussions. A chemist charged her several days wages for a chemical abortion, without medical consultation. By the time she came for medical intervention, hemorrhaging and with a serious infection, she needed surgery and a blood transfusion. Fortunately, Dr. Francis had blood that day. If not, as was often the case, she would have died.

Concluding with a haunting provocation for us all, Dr. Francis questions: “To those who say that this is what Kenyan women want, it is crucial to counter: how many times have you watched a woman die because of lack of resources to manage her post-abortive complications?”

Kenya’s human rights trajectory hangs in the balance. It is critical that the government meet this juncture with renewed respect for its international legal obligations, and dismiss the bill on the basis of upholding the fundamental right of conscience that every person possesses. Furthermore, false claims of human rights demanding abortion liberalization must be rejected, and attention rerouted to giving the women of Kenya real solutions for maternal health.