Finally: One FGM Conviction in Britain

Elizabeth Yore
|
Posted: Mar 19, 2019 1:51 PM
Share   Tweet
The opinions expressed by columnists are their own and do not necessarily represent the views of Townhall.com. 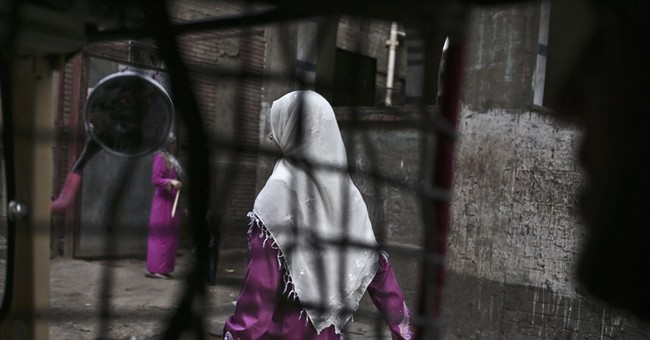 In 1985, the UK criminalized female genital mutilation. Shockingly, it has taken 34 years to finally secure a conviction for FGM. Recent FGM trials in the United Kingdom resulted in acquittals, so this first conviction was curiously long awaited and desperately needed. Yet, this case was strikingly hideous and bizarre.

The Ugandan mother was sentenced to 11 years for cutting her 3-year-old daughter. The presiding judge rightly called the mutilation, “child abuse, and a barbaric practice and a serious crime.”

Yet, like many of these cases, the devil is in the details. The horror of her abuse occurred in the “safety” of her family home. As the judge noted, “as her mother you betrayed her trust.” The 37-year-old mother told the police that her little girl injured her genitals by falling down in their London flat. Yet, the victim told the police that she was held down and cut by a “witch.” The medical evidence supported a charge of genital mutilation by a sharp instrument.

FGM is a growing phenomenon and this case is not an outlier. Every day, little girls’ genitals are brutally and forcibly cut by blunt instruments by women cutters, often without anesthesia, or any medical intervention.

The barbarity is unimaginable, but a daily occurrence around the globe, and even in the United States.

The only deterrent to this hideous and traumatic practice is to criminalize it in the remaining 22 states and to prosecute and convict its perpetrators. Waiting for decades for a successful prosecution is an abomination, both in Britain and the United States.

March is designated International Women’s Month by the United Nations. The global prevalence of FGM is a shameful stain on the human rights of girls and women. This ancient barbaric practice should have disappeared centuries ago. It is time to eradicate it from the face of the earth.