Edward Hudgins
|
Posted: Sep 03, 2018 12:01 AM
Share   Tweet
The opinions expressed by columnists are their own and do not necessarily represent the views of Townhall.com. 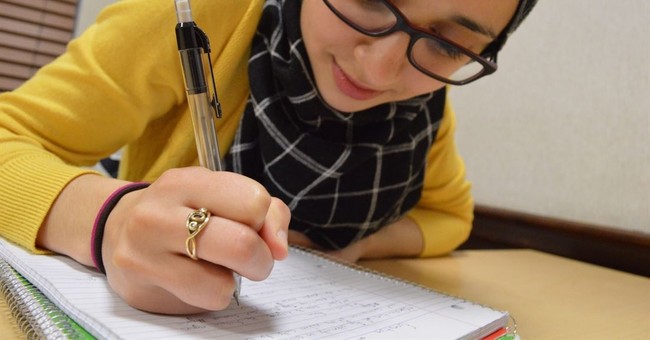 With Labor Day on the horizon, many Americans are worried that automation will soon monopolize the job market. And who could blame them considering that recent Labor Days have been haunted by headlines about human workers becoming obsolete? Here is just a small sample:

“Artificial Intelligence Will Take Your Job.”

“Jeff Bezos believes people shouldn’t do jobs software can do.”

So, is this dystopian nightmare inevitable? Will the vast majority of Americans in the workforce be replaced by robots and cold, mechanical automata?

Americans have been afraid of losing their jobs to machines since the dawn of the Industrial Revolution. After factory owners installed machines, many unskilled workers were scared their labor was no longer necessary. In fact, many laborers sabotaged factories out of fear, such as the notable Luddites, who destroyed English textile factories after mechanical looms made their jobs obsolete. However, there was—and still is—no reason to fear technological advancement. Quite the opposite: Technological advancement ought to be embraced by all Americans. Why? Because it raises the standard of living and paves the way for new jobs.

Imagine a business owner during the time of the Industrial Revolution who introduced machines in a factory that employed 50 workers who produced 100 shirts per day. With new machinery, however, the factory could produce 1,000 shirts per day with only 25 workers.

In such a situation, did the 25 redundant workers lose their jobs? And when machines were introduced in factories that produced shoes, pots and pans, and chairs, wouldn’t even more workers be thrown out on the street? Also, wouldn’t the rich get richer and the poor get poorer? And if half the people in the workforce lose their jobs, then who bought all those shirts, shoes, pots and pans, and chairs?

What happened was quite astounding: As production of such products increased, prices went down, and capitalists invested in other, more profitable ventures. They hired workers, usually with higher skills and with greater pay, to produce steel, trains, cars, and radios, and those workers used their earnings to buy those shirts, shoes, chairs, and pots and pans!

Should today’s American workers respond to the rise of robots and artificial intelligence (AI) as some of their ancestors did when advanced machinery was introduced 200 years ago? Of course not.

Robots and other advanced tech are being introduced to further mechanize everything, from road paving to farming. For instance, driverless vehicles could make three million professional truck drivers redundant within the next 20 years. Further, some high-paid professionals could soon become redundant as well. For example, tech company LawGeex has created AI that can analyze complex contracts better than human lawyers. (Okay, we can probably live with fewer lawyers!) IBM’s Watson supercomputer is the best-known AI in the world; it can process masses of data, including X-rays and ultrasounds, to make better diagnoses than doctors. AI is moving into the investment and asset management industry as well.

What seems truly odd about the American labor landscape is that more than five million jobs go unfilled in this country because companies can’t find skilled workers. We need an education revolution to fill such jobs and ensure that robots and AI do not make us redundant. Automation could support even greater wealth creation and prosperity, but for that to occur, we need an education revolution.

America’s education system is in crisis and out of sync with the realities of our twenty-first century economy. K–12 education spending has increased greatly over the past 25 years, while SAT, ACT, and other standardized test scores have remained stagnant. Fifteen-year-old American students rank only 24th in science and 38th in math compared to students in other countries.

Although American higher education boasts pockets of world-class STEM programs, the popularity of colleges and universities is part of the problem. Politicians and opinion leaders try to push as many students as possible into higher education, even though many well-paying jobs do not require a college degree. Even worse, government loan guarantee programs offer “free money” as an incentive to enroll. Loan guarantees serve as a price floor, allowing colleges to hike tuition. Students often waste years getting useless degrees that have little market or even scholarly value. Imagine how this system would change if students were given a chance to join the evolving robotics and AI industries.

One important solution is to let the free market have a say in education as well as mechanization. Here are a few strategies educators and policymakers could adopt:

First, every parent should have education savings accounts that allow them to freely enroll their children in the K­–12 school of their choice, public or private. Schools that fail to provide adequate education would lose students and money, which is a good thing. Shape up or become redundant!

Second, policymakers, educators, and parents need to get over the fetish that all kids should go to college and stop encouraging college with loan guarantees for all. Libertarian thinker Charles Murray and tech entrepreneur Peter Thiel are the most notable high-profile advocates of alternatives to traditional higher education. The Swiss, for example, have a very successful “learn and earn” apprenticeship program that helps students in or transitioning out of high school levels discover what careers might suit them and matches the needs of businesses in fields as diverse as IT, healthcare, and banking. These training programs are often paid for by the businesses themselves, who are eager to find qualified, trained, young employees.

Third, the value of entrepreneurship must be promoted and celebrated by all. We must each see ourselves as the entrepreneurs of our own lives and investors in our own skills. We must not wait for robots, AI, or any other innovation to make us redundant; we need to take charge by changing ourselves so that we might become the innovators. We have a Labor Day, why not a Human Achievement Day?

We often hear rhetoric from President Donald Trump on one side and socialist Sen. Bernie Sanders (I-VT) on the other about the need to “save jobs.” Our goal, however, should be to create an education system that effectively prepares individuals for productive careers in the new economy.