Where in the World Is Barack Obama?

Ed Klein
|
Posted: Mar 28, 2017 2:20 PM
Share   Tweet
The opinions expressed by columnists are their own and do not necessarily represent the views of Townhall.com. 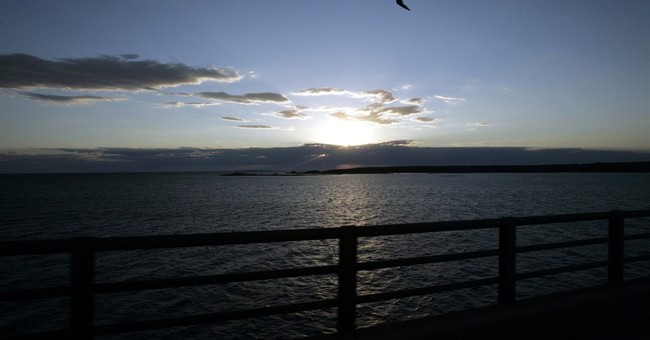 In 1967, after shooting Mutiny on the Bounty, Marlon Brando bought the atoll of Tetiaroa in French Polynesia as his secluded getaway from the dreaded klieg lights of Hollywood.

Fifty years later, after Barack Obama staged a mutiny against his party by refusing entreaties to lead the “Resistance” to Donald Trump, he flew to a luxury resort on Brando’s island to evade the partisan clashes in Washington.

It seems fitting that Obama would end up at The Brando, as the resort is known, since the two men have much in common.

Marlon Brando is considered to be one of the greatest movie actors of all time—and yet he hated being an actor.

Barack Obama is considered to be one of the most compelling political campaigners of all time—and he hates being a politician.

The movie critic Pauline Kael once called Brando “the rebel.”

Obama, when asked to pick his favorite character from Star Wars, chose Han Solo because he’s “a little bit of a rebel.”

Brando was a leftwing activist who participated in the civil rights and Native American movements.

Obama was a leftwing community organizer who became the most liberal president in our history.

Brando was a famous recluse.

Obama is famous for preferring his own company to that of others.

While at The Brando, Obama has been staying at a villa with its own plunge pool, private beach, and TV media room. He’s been working on his White House memoirs, reading a book about Teddy Roosevelt’s post-presidency, snorkeling, bike riding, riding outriggers and canoes, sampling the French cuisine at Les Mutinés restaurant, and watching the sun set from Bob’s Bar.

Obama issued a brief statement defending his signature domestic achievement during the recent ObamaCare brouhaha on Capitol Hill, but he’s refused to take phone calls from Democrat politicians. However, while he’s going French in French Polynesia, he does take an occasional call from his éminence grise, Valerie Jarrett.