Ed Klein
|
Posted: Mar 08, 2016 11:50 AM
Share   Tweet
The opinions expressed by columnists are their own and do not necessarily represent the views of Townhall.com. 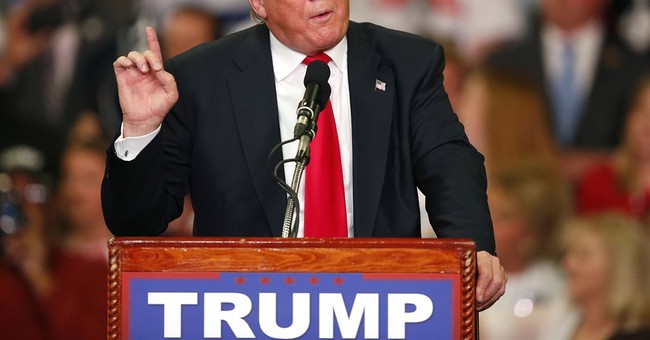 A fierce debate has broken out among Donald Trump’s family, friends and campaign advisers over how to respond to the Republican establishment’s last-ditch effort to deny him the presidential nomination.

Trump’s confidants are split over how to handle the sudden onslaught, with some saying he should become more presidential.

But according to a high-ranking member of Trump’s inner circle, Trump is ignoring this advice and listening to his own inner Donald.

The debate broke out after Mitt Romney viciously attacked Trump as a “phony” and “fraud” during a speech Romney delivered at the University of Utah in Salt Lake City earlier this month.

Heated disagreement inside the campaign intensified when the race began to tighten and a group of mega-rich donors started pouring millions of dollars into anti-Trump TV commercials in Florida, which holds a do-or-die primary on March 15.

They want to throw the nomination onto the floor of a contested convention in July, where they can pick a candidate more acceptable to them.

Some of Trump’s advisers have urged him to stop acting like an Alpha dog, drop the narcissistic me-me-me, and start talking about substance and policy.

Others are urging him to reach into his pockets and invest millions of his own money in TV commercials to answer the establishment’s negative ads.

But according to the source, Trump thinks he knows better.

“He intends to continue with the strategy that has worked for him up to now,” says the source. “He’s going to rely on Twitter, Facebook and large campaign rallies, and he has no intention of pouring many millions into TV commercials.

“As for becoming more presidential,” this source continued, “let me quote Donald and you’ll get the gist. He says, and I quote, ‘I don’t want to be a jerk. I have to do what I have to do. If people attack me, I’m going to attack them even harder and they’ll live to regret it.’ “