Ed Feulner
|
Posted: Jun 13, 2018 12:01 AM
Share   Tweet
The opinions expressed by columnists are their own and do not necessarily represent the views of Townhall.com. 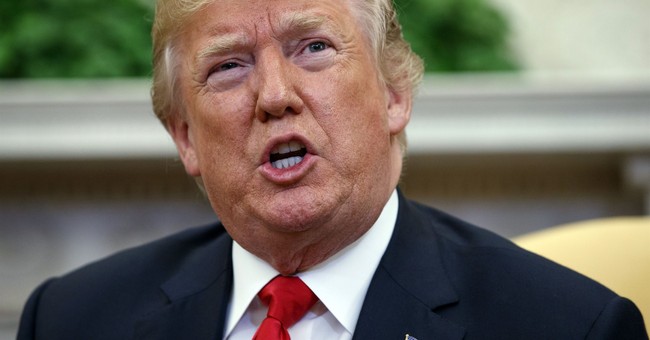 “We Ran Out of Words to Describe How Good the Jobs Numbers Are.”

That’s a real headline. And it appeared in The New York Times.

No, that’s not a misprint. The actual New York Times, which has published scathing criticisms of President Trump, was admitting in a June 1 article that the U.S. economy is strong beyond description right now.

Words such as “splendid” and “excellent” certainly fit, according to reporter Neil Irwin: “Those are the kinds of terms that are appropriate when the United States economy adds 223,000 jobs in a month, despite being nine years into an expansion, and when the unemployment rate falls to 3.8 percent, a new 18-year low.”

There’s more. Average hourly earnings are up 2.7 percent over the last year, while unemployment has dropped. It’s even lower for black Americans – 5.9 percent, “the lowest on record,” which we would count as ‘great’,” Irwin wrote.

The unemployment rate is also near historic lows for Hispanics (4.9 percent) and for women (3.6 percent).

“Employers are creating more jobs, leading more people to work and fewer people to be unemployed, and leading wages to rise,” Irwin added. All the numbers “affirm that the United States economy is in basically sound shape, displaying neither the slightest warning signs of recession nor any clear evidence of overheating and inflation risks.”

All of this is great news for workers. Employers are really having to step up their game and compete to attract the best workers.

That means paying more, of course. Average hourly earnings for all private-sector employees have risen 71 cents over the last year, the largest 12-month increase since 2009. Many companies reacted to the passage of the Tax Cuts and Jobs Act in December by hiking pay and giving their employees generous bonuses. (For more than 600 specific examples, check Americans for Tax Reform’s web site, which has a running list of which companies have ponied up and by how much.)

“To date, over 4 million Americans have received a pay raise and/or a bonus because of tax reform,” writes The Heritage Foundation’s Timothy Doescher, “This is not just employers being altruistic, it’s a market-driven response to a need to attract and maintain workers—enabled by the government taking less money away from businesses.”

And it’s not just pay -- employees are also getting better benefits. Perhaps the most notable example is Wal-Mart. It’s not only boosted salaries -- it has added maternity and paternal leave for its employees, and introduced a college-tuition program.

Will the economy stay strong? Two things would greatly increase our chances. One is making the tax cuts permanent. They’ve given the economy a solid shot in the arm, no question, but like so many past cuts, they’re set to expire. Making them permanent would give companies some much-needed certainty -- and allow them to better plan for future growth.

The second thing is to embrace free trade and stop leveling needless tariffs. Take the steep new tariffs on Canadian lumber imports into the U.S. They’ve contributed to a 66 percent increase in lumber prices in the past year. We’re not just hurting a valuable trading partner – we’re hurting ourselves.

Sure, U.S. lumber mills may embrace these new levies, and plan to add more jobs. But as higher prices depress the homebuilding industries, will they be cheering for long?

Not surprisingly, the price for both commodities has spiked recently. Again, we’re hurting ourselves.

So let’s make the tax cuts permanent and scrap the new tariffs. Maybe then we can keep the prosperity rolling – and economic reporters reaching for their thesauruses.