Giving Kids a Chance to Succeed 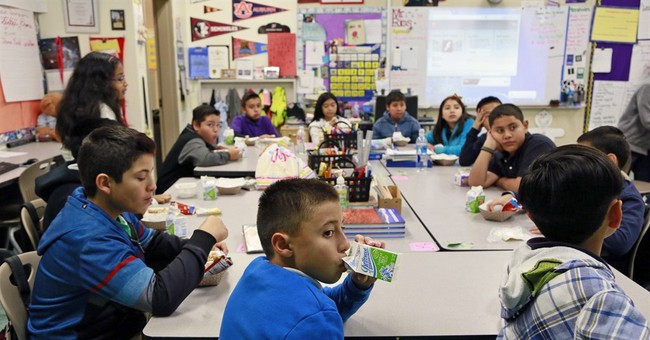 It’s hard to say which is more galling: when politicians want to extend the life of a program that doesn’t work, or when they want to pull the plug on one that does.

A prime example of the latter: the D.C. Opportunity Scholarship Program. It allows children from low-income families to attend the school of their choice. The DCOSP has helped more than 6,000 kids get a better start in life -- a chance to learn in a safe, challenging school environment where they can reach their full potential.

Unfortunately, the program has come under fire from certain politicians who -- not coincidentally -- are beholden to teachers’ unions that resent the competition. Del. Eleanor Holmes Norton, D-D.C., calls DCOSP “undemocratic.” The Obama administration has zeroed out funding for the program in its latest budget, setting it up to be phased out over time.

How anyone could want to snuff the DCOSP -- or any effective school-choice program, for that matter -- is a mystery. Undemocratic? What could be more democratic, more American, than making every effort to ensure that children are able to climb as high and go as far as their brains and their drive can take them?

“When parents have better choices, their kids have a better chance,” Sen. Tim Scott, R-S.C., said at a recent debate over the future of the DCOSP. Take the kids highlighted by education experts Lindsey Burke and Virginia Walden Ford in a Daily Signal article:

But the DCOSP has more to offer than anecdotal evidence. The program has empirical data on its side, too. As Sen. Scott has noted, 98 percent of recent scholarship recipients have gone on to two-year or four-year colleges, and 93 percent of them graduate on time, compared to 58 percent in D.C. public schools.

Small wonder that parents are such strong supporters. More than one study has found high parent-satisfaction rates. As one parent put it:

When my son dressed in that uniform with that green blazer, the white shirt, tie, gray trousers, and he looked like a gentleman and a scholar, and he had his hair cut and his glasses, he was just grinning from ear to ear [because] he was going to be a part of that [new school culture], and he went to school that day and he was excited about going to school.

Sounds like a recipe for success. We’re helping kids from lower-income families achieve their dreams. Can anyone offer a logical reason to kill a program that does that?