“We’re Not Just Against Something” 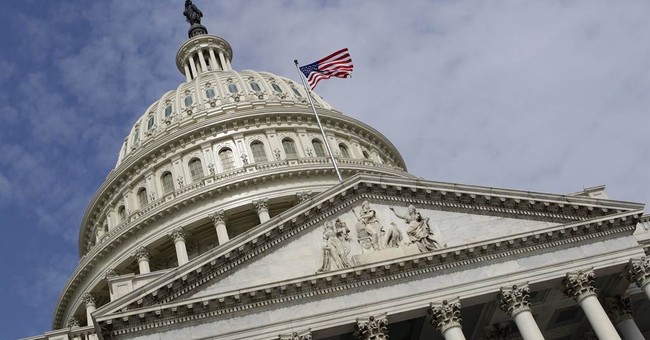 “As governors, as state leaders, we’re more optimistic than our friends in Washington. We’re not just against something. We’re laying out a plan, laying out a vision. You don’t just sit back and nick the other side – you’ve got to lay out a plan.”

As I explained in a previous column, it’s important to oppose bad ideas. But we have to do more. We have a responsibility to advance good ideas.

Take two that were covered in depth during the recent Conservative Policy Summit at The Heritage Foundation: welfare reform and energy policy.

Why the need for welfare reform? Consider what five decades of big-government “solutions” have brought us. President Lyndon Johnson vowed “not only to relieve the symptom of poverty, but to cure it and, above all, to prevent it.” Today, Washington runs more than 80 means-tested aid programs providing cash, food, housing, medical care, and social services to the poor and near-poor, and we’ve spent close to $20 trillion. Yet the poverty rate remains nearly as high as it was in the mid-1960s.

This is hardly surprising, given the fact that government programs tend to provide the wrong incentives. Consider President Obama’s recent proposal to increase the refundable earned-income tax credit for adults who don’t support children.

As poverty expert Robert Rector points out, this tax credit won’t encourage work. It simply discourages marriage by rewarding fathers who don’t marry or support their children. If they marry, after all, the subsidy is eliminated.

This is unacceptable. The way our welfare programs are currently run is a huge and irresponsible waste of money, of course, but more than that -- it’s not working. It’s ill-serving the very people it’s supposed to help, and wrecking lives in the process. We need to require that all able-bodied adults who receive government aid either work, prepare for work, or at least be looking for a job.

We also need to rebuild marriage in low-income communities. More than 40 percent of children are born outside marriage, and much of their lives will be spent on welfare and in poverty. “Even worse,” Rector adds, “their chance of success in adult life will be significantly impaired by the absence of a father in the home.” We have to break this cycle.

When it comes to energy policy, the main task for federal policymakers is to keep a good thing going. Advancements in drilling and extraction technologies have positioned the U.S. to be world’s top oil producer as early as 2015. Hydraulic fracturing -- the much-maligned “fracking” -- and horizontal drilling have added two million barrels of oil per day to U.S. energy production. Natural gas is also very plentiful.

However, this boom has taken place in spite of government interference in the energy marketplace, which is still saddled with burdensome regulations, taxpayer-funded subsidies, and bureaucratic mandates. According to energy expert Nicolas Loris, though, there are numerous steps federal policymakers can take to change this situation for the better.

For one thing, they can remove the special tax breaks for all energy sources, including oil, gas, coal, and nuclear. This would push the producers of these energy technologies to be competitive, not rely on handouts from the federal government. In addition, they can repeal the mandate to add ethanol to gasoline, approve the Keystone XL Pipeline, and streamline the construction of new nuclear plants.

The key, when it comes to both of these issues and many others, is to find good, practical solutions. As Gov. Walker added: “I think most Americans, even if they don’t like the size or growth of government, they still want something to work.” Exactly.

So yes, oppose the bad, but let’s leave the job half-finished. Let’s promote the good -- and make things better.