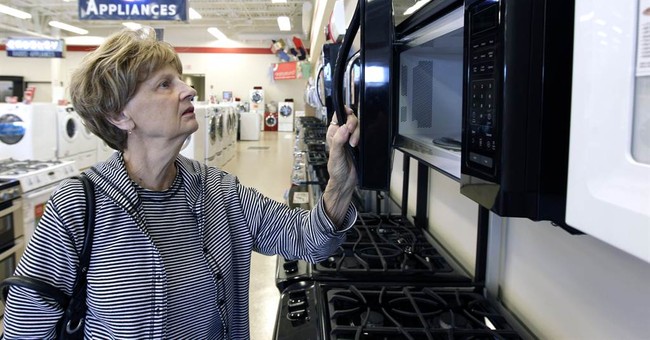 Every American knows about the income tax. But how many are aware of the regulatory tax?

That’s the cost of all regulations (good, bad and indifferent) imposed on Americans by the 60 or so government agencies that contribute to the 175,000-page (and growing) Code of Federal Regulations.

The fact that we don’t hear nearly as much about the regulatory tax doesn’t mean it isn’t substantial. As Heritage Foundation scholar James Gattuso notes, “While the revenues and expenditures of the government are accounted for each year, the costs of regulation are largely hidden from view, paid for indirectly via higher prices, fewer choices, and less innovation.”

Regulators were busily up to mischief throughout 2013. Gattuso and Heritage scholar Diane Katz recently compiled a list of the worst regulations of last year. They include:

Your microwave: The Energy Department finalized a rule limiting the energy that microwave ovens may consume when in “stand-by” or “off” mode. All in a day’s work for regulators, but in the cost-benefit analysis they used to justify the rule, they overestimated the value of reducing carbon emissions by 50 percent. “This bloated number allowed not only greater regulation of microwaves, but also tighter rules on any carbon emissions anywhere,” Gattuso and Katz write.

Your food: Consumption of trans fats is down 78 percent in recent years. But don’t thank regulators. It happened how it’s supposed to happen in a free market: consumer demand led food manufacturers to reformulate their products. But that’s not enough for the FDA: they want to ban trans fats entirely, arguing that any amount is dangerous. The FDA estimates the initial cost of the ban to be about $8 billion.

Your Christmas tree: In its version of the $1 trillion farm bill, the House approved a provision that requires the Department of Agriculture to impose an “assessment” of 15 cents on every fresh Christmas tree sold. Why? To fund a promotional campaign for the industry. This is absurd on its face: the Christmas tree industry hardly needs help selling such a popular product. And if this sounds familiar, that’s because it is: it’s the same program the department wanted to impose in 2011 until public outcry led to its withdrawal.

Your health: A key part of Obamacare is the new coverage requirements for individual health insurance policies. Required services for all policies range from maternity care (regardless of gender) to substance-abuse treatment to pediatric care (including for the childless). As Gattuso and Katz point out: “In practice, this mandate turned out to be the regulatory equivalent of New Coke, causing millions of Americans to lose their insurance policies, despite presidential assurances that ‘if you like your plan, you can keep your plan’.”

Regulations often do more harm than good. For example, efficiency standards govern almost every appliance we buy, from battery chargers to water heaters. And many of them sound benign. But they're no friend to the consumer. “In many cases,” writes Katz, “efficiency standards increase the price of appliances by more than consumers will recoup from the energy savings.”

Fuel economy standard are no better. By increasing the cost of new cars, they cause more drivers to stick with older, less fuel-efficient vehicles. And research shows that by lowering the per-mile cost of driving, fuel standards actually induce people to drive more -- defeating the purpose of having the standards in the first place.

There is no magic bullet to lower the regulatory tax. But it can be tamed. Americans need to recognize that the hidden regulatory tax constitutes a major problem, and to demand that their senators and representatives finally address it.

Honesty, hard work, thrift and transparency -- not gimmicks and “gotcha” regulations -- are the true hallmarks of the American spirit.