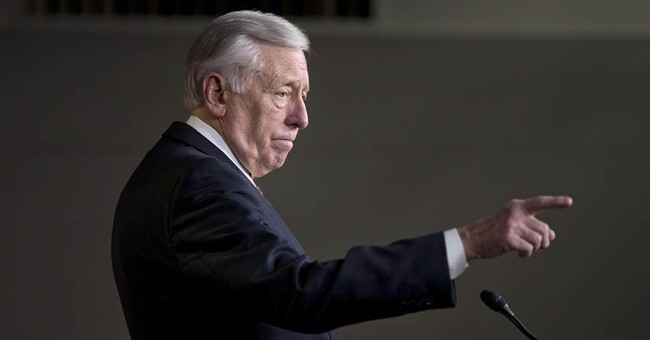 Get ready for a little déjà vu from Washington. The federal government hit the debt ceiling, now set at a whopping $16.8 trillion. Yes, again. It’s like the Bill Murray movie “Groundhog Day” -- only this time, unfortunately, no one is laughing.

Time and again, Congress bumps up against the debt ceiling amid talk of finally getting spending under control. Time and again, they raise the ceiling, but only after a sufficient dose of political theater. How’s this for a punch line -- the gross debt breaks down to more than $140,000 per American household. Still not laughing?

Small wonder that more serious-minded lawmakers are trying to escape the cycle. They don’t want to risk another credit downgrade, which happened for the first time ever in 2011, the last time both sides were playing political football with the issue. But avoiding another downgrade will require a lot less theater and a lot more action.

“The United States of America, the most creditworthy nation on Earth, ought to pay all its debt in a timely fashion,” said Rep. Steny Hoyer (D-Md.) of the House democratic leadership team. “Playing politically motivated games with the creditworthiness of the United States will only risk another downgrade.” Just so, and so it’s past time to get spending under control.

Some GOP lawmakers have other ideas, however. The latest proposed tactic: attract conservative support to yet another debt-limit increase by tying it to tax reform. GOP lawmakers have long argued for a thorough overhaul of the nation’s tax code, which is needlessly complex and weakens the economy by perverting incentives.

There’s no question that tax reform is a worthy goal. But this is no time to fall for the old “fake stick toss”. To agree to raise the debt ceiling in exchange for a vague promise to pass some kind of as-yet-undisclosed tax reform somewhere down the road -- with no assurances from the president that he would sign it -- would be a mistake.

Now, it would be a different story if the debt limit were to increase if and only if Congress had already passed a concrete tax reform proposal, one that actually instituted the kind of pro-growth tax reform our economy needs, and all that remained was for President Obama to drop his opposition and sign the bill into law. That might be an arrangement worth supporting if the tax reform was good enough.

But at this stage, Congress is just getting started. Not only has the bill not yet passed the House or Senate, there isn’t even a proposal on the table to evaluate.

It’s true, as economist J.D. Foster notes, that “tax reformers have good reason for optimism.” There is bipartisan interest in tax reform, and Ways and Means Committee Chairman Dave Camp (R-Mich.) and retiring Senate Finance Committee Chairman Max Baucus (D-Mont.) are working to find a way to harness that interest and get something accomplished.

President Obama has voiced support for tax reform as well. There seems to be broad agreement, at least in principle, on cutting the corporate income tax rate and making the tax code simpler, more transparent, and more conducive to economic growth.

“All good,” Foster writes in a recent blog post, “but there is as yet only the outlines of broad consensus, and much, much work left to do, a message given greater weight by the recent release of a 568-page tome on tax reform by the Joint Tax Committee.”

Enacting, not simply voting on, pro-growth tax reform can help, but the real fiscal problem lies on the spending side. Absent reform, spending on entitlement programs such as Social Security, Medicare and Medicaid is set to rise sharply over the next few decades. And it’s all set to happen automatically. Ruinous debt is guaranteed unless action is taken to get spending under control.

That won’t happen if lawmakers keep kicking the can down the road. It’s time to focus on the steps necessary to bring the budget back into balance within 10 years. The House of Representatives, when it passed the Ryan budget in March, signaled its commitment to achieving a balanced budget within that time frame.

That can’t happen unless we do something different. As in “Groundhog Day,” we can’t break the cycle by repeating the cycle. It’s time for a game-changer: Only serious spending cuts followed by genuine tax reform can ensure that we don’t find ourselves doing this all over again. And again.