The Spirit of Generosity 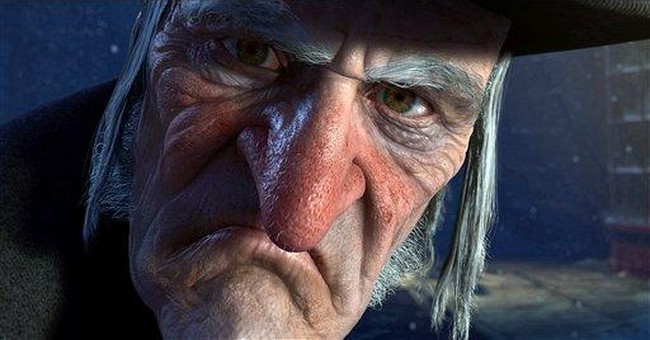 Americans, it seems, truly take Jacob Marley’s ghostly warning to Ebenezer Scrooge to heart -- not only at Christmas time, but throughout the year.

Indeed, overall we are the most generous people on earth. The U.S. economy is responsible for a little more one-fifth of the world's total GDP, yet Americans give more in charity to the less fortunate than the rest of the world put together.

We donated more than $300 billion in 2009, despite the economic downturn. This number represents private giving from individuals and organizations, offered voluntarily, out of the goodness of their hearts.

Americans give money out of their pockets to support charities, churches, schools, universities, and many thousands of non-profit organizations that work for the betterment of society. We remember that “generosity is a reflection of what one does with his or her own resources and not what he or she advocates the government do with everyone’s money,” as President Reagan explained.

Indeed, there’s a world of difference between a personal decision on one hand, and government coercion on the other. It’s important to draw a sharp distinction between the charitable actions of private individuals, and government programs designed to help the less fortunate.

The former are freely made decisions that reflect deeply held personal values. The latter are the result of decisions by politicians and bureaucrats that are imposed on taxpayers. And they often end up crowding out private charity, undermining personal initiative, creating a culture of dependency, and -- in the case of foreign aid -- propping up corrupt dictatorships and self-interested elites.

Worse, government “charity” breaks an important societal bond. Benjamin Franklin hints at it in Poor Richard's Almanack: “When you are good to others, you are best to yourself.”

That charity, given for the right reasons and in the right way, benefits the receiver is obvious. That it benefits the giver, as Franklin maintained, is less obvious, but equally true. So when we sever this connection, however inadvertently, it can be very detrimental to society.

“Impersonal government checks can foster a mentality that undercuts the motivation to feel or give gratitude when received,” Heritage Foundation scholar Ryan Messmore writes. “In contrast, gifts provide a kind of momentum of good will, which has the potential to bind both the giver and the receiver into a more personal relationship.”

A wise government will therefore enact policies that clear the way for citizens to act generously and will refrain from placing obstacles in the way of that generosity. It sends exactly the wrong message, for example, when politicians advocate raising tax rates and reducing tax deductions for charitable donations. Such changes naturally discourage donations and leave the most giving donors with less money to share. American generosity, far from being increased, is diminished.

That generosity, after all, takes many forms -- volunteering your time at a soup kitchen, buying a homeless man a sandwich when you see him outside a store. Not all of it is registered in the total giving of the country, but all of it helps. And not all forms of charity require a monetary transaction -- some, such as organ donations, are simply generous acts of selflessness.

Americans are also the most blessed people in all history. Could these two facts somehow be related? Are we blessed because we are generous? All we can say for sure is that the generosity of ordinary Americans benefits them, their neighbors and the world.

“I will honor Christmas in my heart, and try to keep it all the year,” Scrooge vows after his conversion. It’s a pledge we would all do well to take at this blessed time of year.